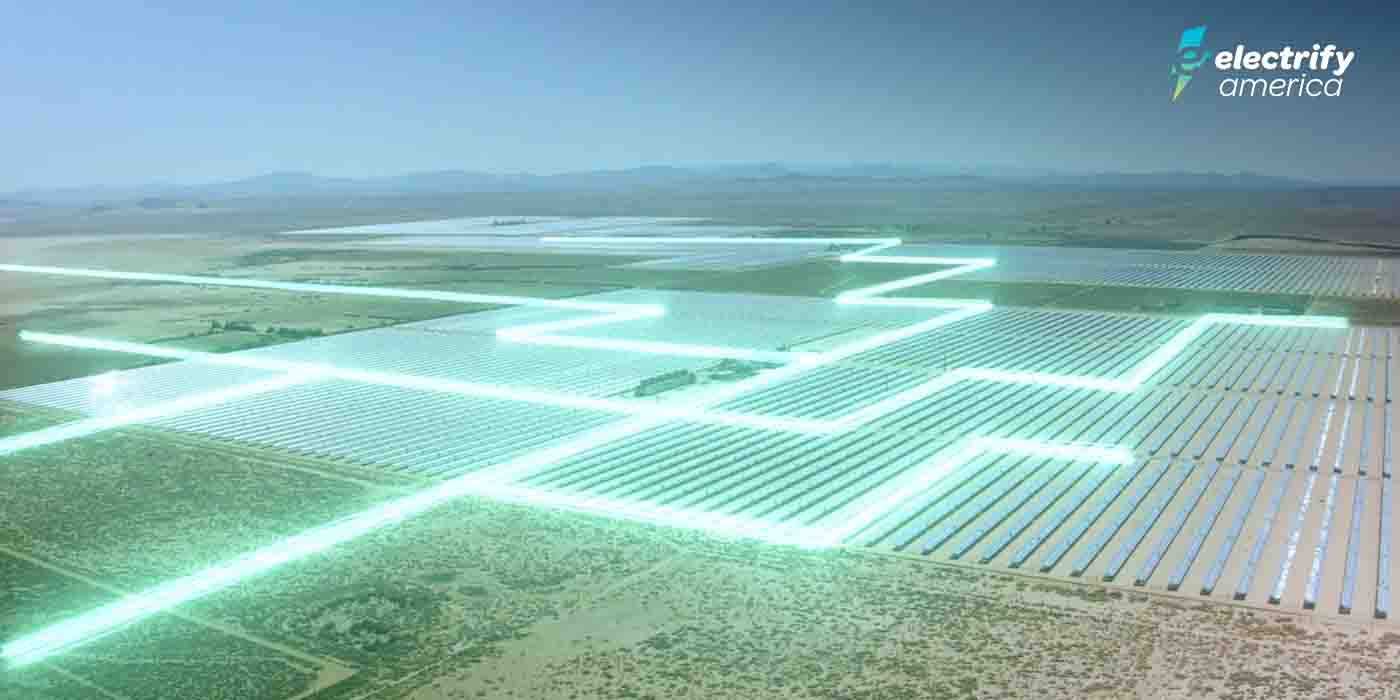 Electrify America currently operates one of the largest DC fast charging networks in the United States, consisting of roughly 800 charging stations that contain about 3,500 individual EV chargers with speeds between 150 to 350 kW.

Additionally, the company has already shared plans to expand its charging network in the United States and Canada by 2026, growing it to about 10,000 chargers across 1,800 different stations. As the EV energy network expands, Electrify America continues to commit to a net-zero carbon footprint.

The network claims to currently purchase renewable energy credits that more than offset its energy usage. However, with its latest announcement, Electrify America has shared plans to abandon the third-party unbundled offset approach, which it believes does less to support new renewable energy generation.

Instead, Electrify America is putting renewable offsets into its own hands by starting a new solar farm in SoCal.

The US EV charging network announced its new solar plans in a press release today, outlining some of the terms and targets while working with utility-scale renewable energy project developer, Terra-Gen.

If Electrify America does in fact hit these solar energy targets, it will generate more than enough 100% renewable energy to offset the current energy being delivered to its EV charging customers. The project is made possible through a 15-year VPPA with Terra-Gen, which will work as a a price hedge of sorts.

To begin, EA signs a contract to pay the solar energy project at an agreed-upon price. Solar Glow 1 then sells the generated renewable power as a merchant in the local wholesale market. If the electricity is sold above the agreed contract price, EA gets the profits. If the electricity falls below the agreed price, Electrify America covers the difference. EA president and CEO Giovanni Palazzo spoke:

Electrify America’s business model – and purpose – have always been at the forefront of efforts to reduce emissions through enabling electric mobility. Our commitment to customers and to a sustainable future go hand-in-hand, which is why we are investing in renewable energy generation to commit to a net zero carbon footprint associated with the energy delivered to our customers.

Electrify America Solar Glow 1 is expected to break ground in late 2022 and be completed in summer 2023. In the meantime, the EV network shared that it is already backed by 100% renewable energy as of last month, via the purchase of environmental certificates from existing renewable generation.

Lastly, Electrify America has entered into an interim VPPA with Terra-Gen that will go into effect in October to support the latter’s existing SEGS IX solar thermal plant.