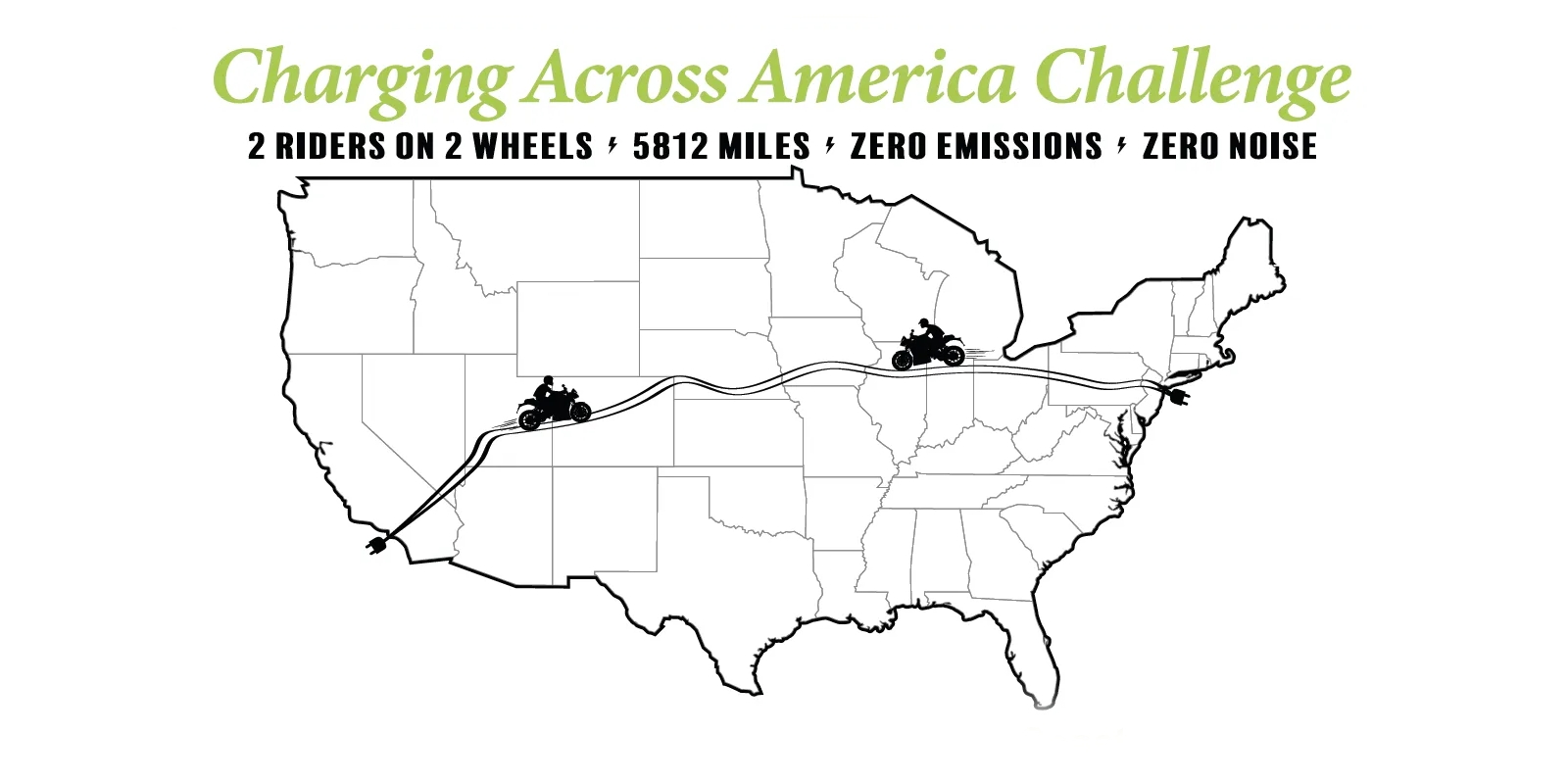 Two electric motorcycles and their determined riders recently set off to strike a new cannonball run record, racing in opposing directions across the US in a bid to reach the opposite coast first. Just 111 hours later, rider Steven Day set that new record and demonstrated the possibilities offered by high-performance electric motorcycles and distributed quick charging networks.

This of course wasn’t Day’s first brush with coast-to-coast rides.

When I first met Day at an Energica event last month, the soft-spoken US Air Force vet seemed like any other electric motorcycle fan – enthusiastic about the technology and excited to see where coming advancements would lead.

But I would soon learn that he was no ordinary electric motorcycle enthusiast.

This latest record attempt, part of the 2022 Charging Across America Challenge (CAAC), saw Day and Robert Swartz race each other from opposite ends of the country.

The Energica electric motorcycles, both equipped with DC Fast Charging capabilities, were able to make brief charging stops of less than an hour to reach approximately 90-95% charge. Though rider Steven Day said he would often take a bit longer on charge stops to grab some extra sleep in his folding camping chair, turning the charges into 90- to 120-minute stops when he needed a longer break.

When he wasn’t grabbing a few minutes of shuteye, he enjoyed chatting up the locals at the various charging stops.

Each fresh charge of the bikes’ batteries gave the riders just over 100 miles (160 km) of range at highway speeds, though Day said that he generally sees closer to 160-200 miles (260-320 km) of city and mixed-riding range on his personal Energica when he isn’t gunning it across the country.

The riders planned to cross paths in the middle as they each raced to each other’s starting points, but disaster struck Swartz’s team when his support vehicle was rear-ended by a semi-truck.

Fortunately everyone was fine, including the semi-truck driver, who was pulled from his upside down cab after the truck jack-knifed and rolled over on the interstate.

The team had decided to use support vehicles after Day’s last fully unsupported run saw him stranded for nearly a day in the desert with a flat tire when the Texas heat wouldn’t allow his tire plugs to seal the rubber.

Despite Swartz having to call off his end of the race early, Day was able to press on and complete the journey in 111 hours, crushing the previous attempt (which to be fair, Cardenas set at a leisurely pace on a largely joyride across the country).

Energica’s Italian-made electric motorcycles have greatly increased their marketshare in the US over the last two years, more than doubling the number of dealerships across the country with another dozen or so set to officially open in the coming months.