Sure, the Harley-Davidson LiveWire electric motorcycle may be designed for urban riders, but that doesn’t mean it can’t handle long distance trips. At least that’s what Diego Cardenas just proved after completing a ride from the US-Mexico border to the US-Canada border to celebrate his 50th birthday!

Actor Ewan McGregor famously completed filming a 9,000+ mile trip earlier this year from South America to California on a Harley-Davidson LiveWire, while another rider in Germany claimed an Iron Butt when he recently completed a 1,000 mile (1,620 km) ride in under 24 hours.

Considering the LiveWire has a city range of 146 miles (235 km) and a mixed city/highway range of 95 miles (153 km), long-distance road trips might not be the first type of riding you’d expect out the bike.

But Diego is now the latest in a series of riders proving that electric motorcycle touring is possible with a bit of planning. I spoke with Diego to learn more about his trip and why he decided to attempt the border to border feat.

As it turns out, he’s no stranger to long-range EV journeys. He completed a Los Angeles to NYC and back trip in his Tesla Model S 85 a few years ago on a family road trip. He’s also no stranger to Harleys either, and the LiveWire isn’t his first. He also owns a 2002 V-Rod, which he rides with his wife. He can be described as “loving his gas bike, but loving his LiveWire even more.”

For this journey, he wanted to do something exciting to celebrate his 50th birthday. After doing a 400 mile ride recently to lend his LiveWire out for a review, he realized that a long range LiveWire electric motorcycle trip was a possibility. 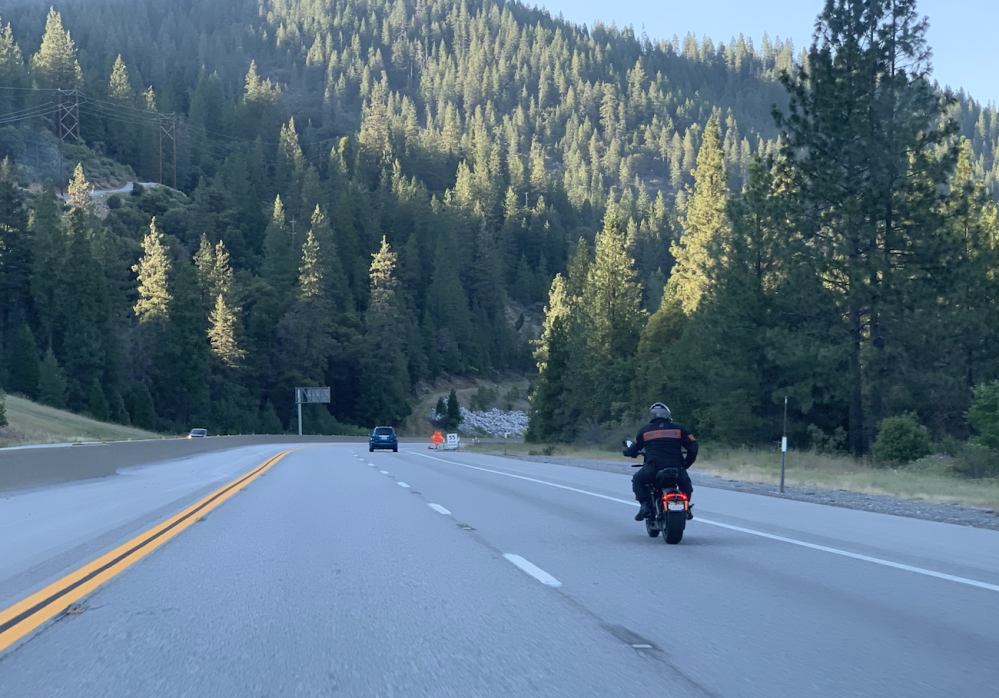 To plan it out, he decided to chart a path covering over 1,300 miles from the US-Mexico border to the US-Canada border, crossing through California, Oregon, and Washington. He didn’t want to do a speed run or aim for an Iron Butt (1,000 miles in a day), but instead wanted show that a normal person riding in normal scenarios could complete the trip, and laid out an initial goal of completing the journey in 5 days.

To make things a bit harder, he limited himself to only Charge Point and Electrify America stations, which partnered with Harley-Davidson to provide free DC Fast Charging to LiveWire owners for a period of time.

Diego also made sure to plan for any possible problems, such as stations that could be out of order.

As he explained to Electrek:

My biggest concern was broken stations! I was scuba diver in the past and I am an IT professional so I know that redundancy or backup systems are needed to avoid down time. So when I started to plan the trip using the Plugshare app, I would try to locate charge stops that had multiple stations and a secondary stop within a few miles of the primary one.

Now keep in mind some locations that were planned did not have an option, specially the I-5 corridor in the central California valley or entering Oregon. For the most part it all panned out. I also tried to arrive at each stop with at least 7 miles of range so in case of an emergency I could reach the secondary station. There was one instance where there was no backup station and the primary was down, so I decided to end that day’s run early and spend the night at a hotel where I charged with the bike’s Level 1 cable. 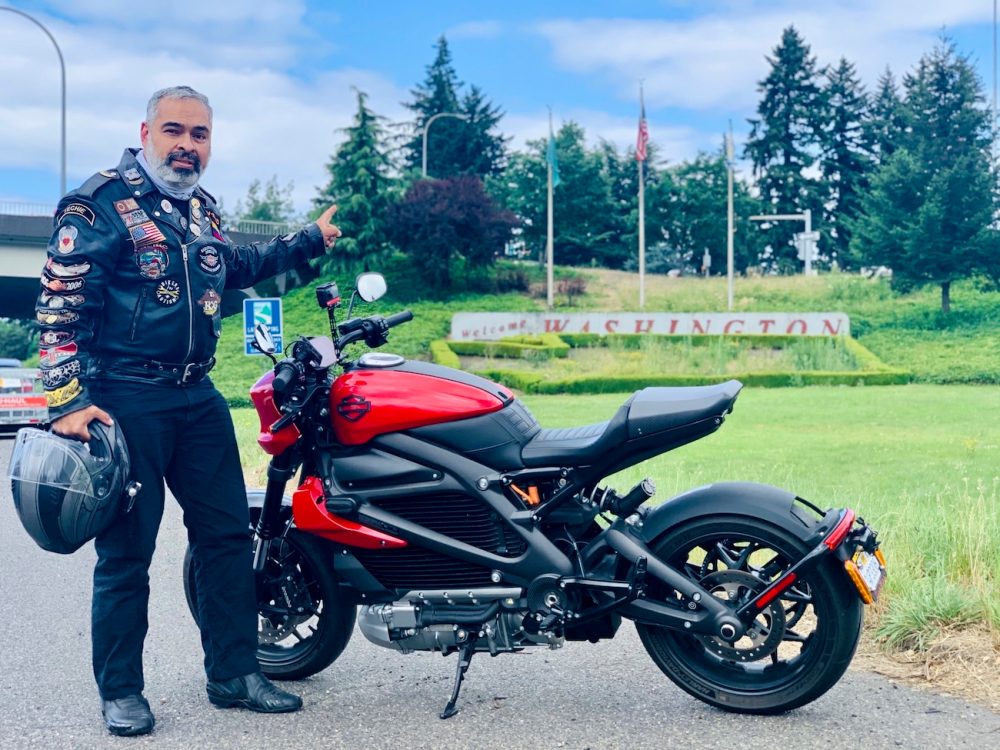 For the most part, Diego’s run was fairly problem-free, at least as far as the mechanical problems with the bike. But he ran into other problems that he didn’t foresee.

His wife and young daughter were following in a chase car and would spend time with him at charge stops. However, in the extreme temperatures during the day, his wife unfortunately experienced a heat stroke and fainted. 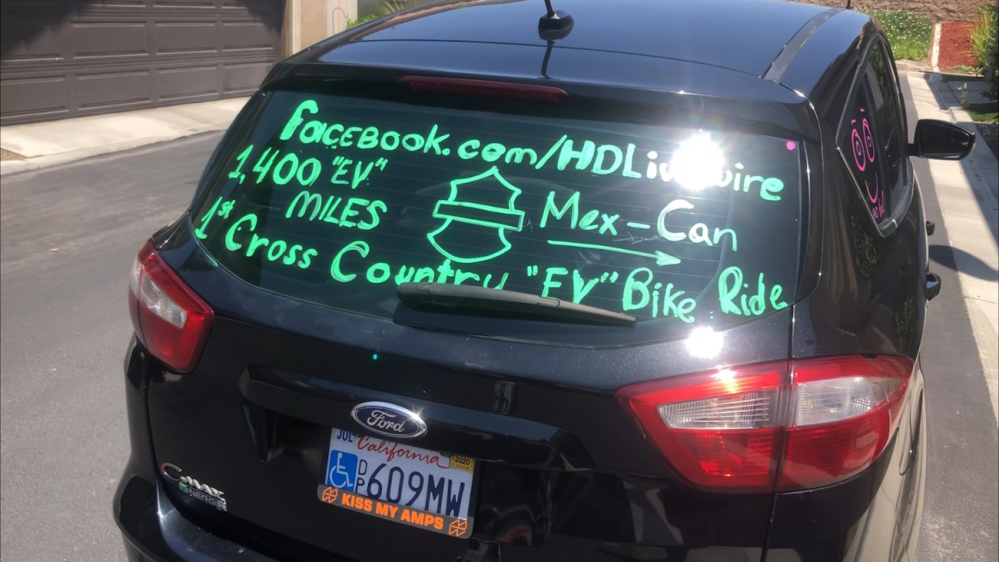 On my third day on the road, my wife suffered a heat stroke episode during one of our stops and fainted. I triaged her on the spot and got her back up. We rested in the car for a few hours, and once she felt better I asked her if she wanted for me to call it quits. My family comes before anything else in life. She told me that she was fine and she wanted me to continue. So we got back on the road for the next 80 or so miles.

When I got to my next stop I realized that I did not have the bike’s key fob. That meant the bike would not start if I turned it off! So after exhausting all options including trying to start the bike with my PIN, we had to trailer the bike back 80 miles to see if we could find the key where she fainted. Upon our arrival we did not find the key, so plan C was initiated, which was to have my oldest daughter send me my spare key fob from LA. This meant I had to stop for another day and half on the journey.

Once we got the new fob we were ready to go but the bike would not start. So after talking to my dealer and HD we found out that my BCM and OBC had been replaced on my last maintenance. This meant that my spare key was no good. So now I had to trail back even more to go to a non-LiveWire HD dealer to have HD tech support tunnel into the bike and get me the pin so we could set up the spare and a new fob. I had no idea what my pin was and my dealer who sold me the bike provided me a number that was not working. Once all this was done I the re-rode the 180 miles that I had back-tracked.

So there you have it, I never prepared for a heat stroke and loss of keys and a forgotten PIN. This goes to show you that $30K gets you not only a bike but also stellar support backed with a very big dealer network!

Despite a few unforeseen issues like those, Diego ultimately completed his ride (mostly) as planned. He even crossed the 10,000 mile mark on his odometer during the ride, and finally pulled up to the Canadian border on his birthday, around a week and a half after he started the journey. 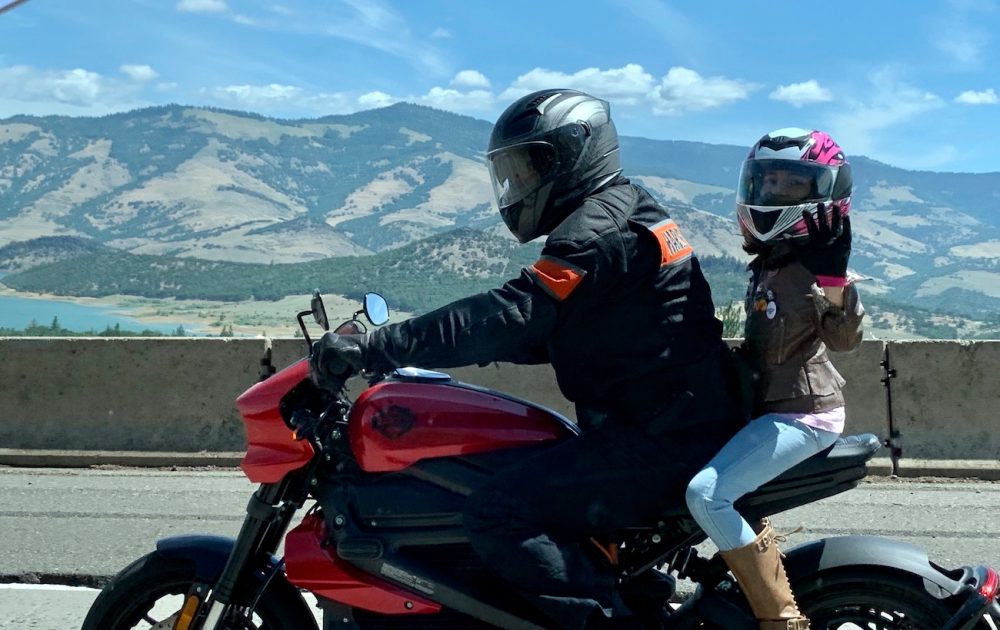 He took a slower pace than some might have, but for Diego it was all about the journey. Diego, his wife, and daughter got to sightsee and experience local culture along the way, making the trip that much sweeter.