Love it or hate it, this funky electric motorcycle is expanding into Europe with faster performance 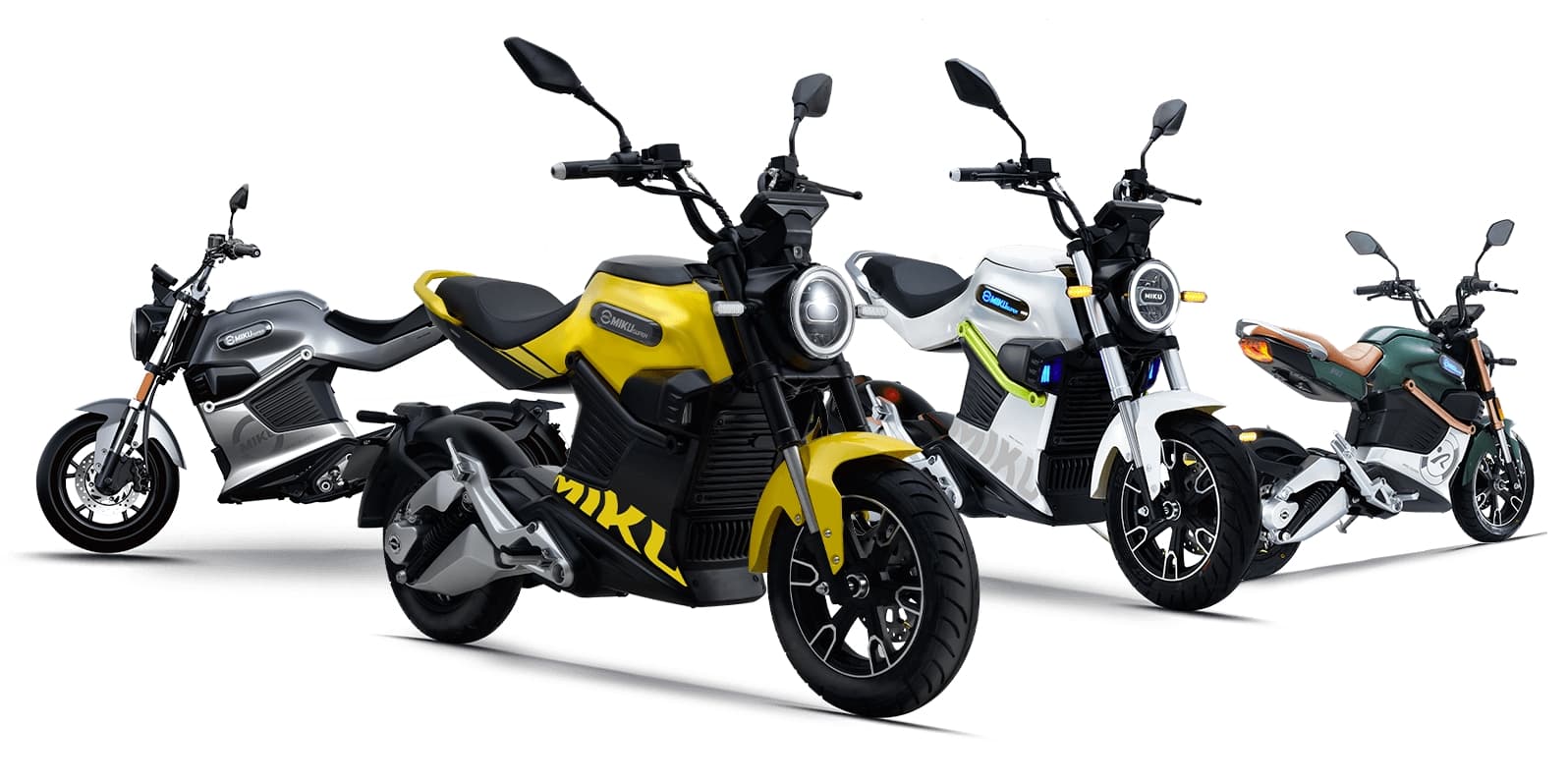 The Miku Max electric motorbike has been a controversial design ever since we first began covering it in 2018. Now the Miku Super has improved the bike’s performance as it expands into the European market.

Produced by Chinese electric scooter giant Sunra, the Miku Super is a unique design that falls somewhere between electric mopeds and electric motorcycles.

Riding on 12″ scooter wheels, it’s something of an electric minibike that offers better than expected urban performance. A top speed of 80 km/h (50 mph) is possible thanks to a 3,000W motor in the rear wheel. The motor is apparently powerful enough to reach that speed in 8.5 seconds.

Powering that motor is an upgraded 72V 20Ah removable battery housed low and forward in the frame.

There’s a significant amount of dead space behind the battery, with a cantilevered seating position hanging out over the open area. If there was ever an electric minibike meant to carry a step ladder or a bag of golf clubs, this is it.

The impressively peppy speed (for a city vehicle) is matched by an equally impressive range rating of 90-130 km (56-81 miles) on a charge in “fast” and “eco” modes, respectively.

The only problem is those numbers are a bold-faced lie. You will absolutely never get 90 km (56 miles) out of a 80 km/h (50 mph) electric two-wheeler with just a 1,440 Wh battery (72V and 20Ah) when ridden in its high power mode, unless you’re crawling along at Los Angeles freeway rush hour speeds. It just ain’t going to happen.

My own electric scooter that does in fact get around 90 km (56 miles) of range and that has the same speed and power ratings as the Miku Super packs in around three times the battery capacity, to put that into perspective.

But ignoring the egregiously overrated range spec, there’s still some interesting bits to note about this odd little two-wheeler, such as decent parts including hydraulic disc brakes, inverted front hydraulic suspension and dual rear shocks. There are even passenger pegs for carrying a pillion on back.

The Miku Super has expanded beyond the Chinese market and is now becoming available in Europe. In France, the bike comes with a price tag of €4,390 (approximately US $4,665).

These electric mini-motorcycles are becoming increasingly popular around the world. The US has had similar options (though without the massive frame cavity) in the form of the CSC City Slicker.

Asian designs like those from Tromox have added increased styling, and such companies have even begun moving into somewhat larger electric mini-motorcycles as well.

US-based companies have gotten into the game as well, such as SUPER73’s upcoming C1X electric motorcycle, which was unveiled as a concept bike earlier this year.

There are even more retro-inspired designs that have proven quite popular, such as the electric mopeds offered by companies like ONYX.