This unknown electric motorcycle startup is small but mighty… and growing 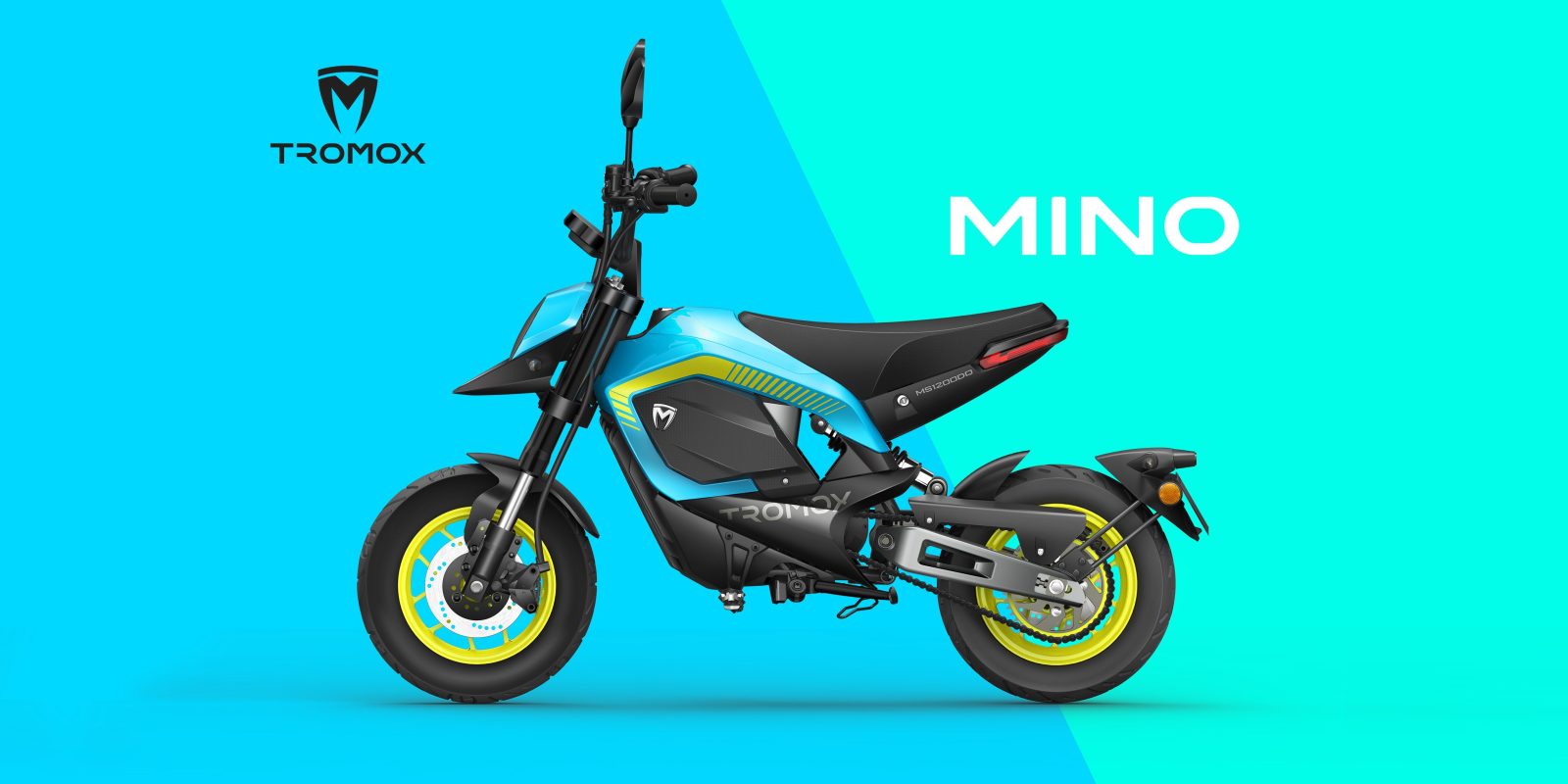 You’ve probably never heard of Tromox or their first electric motorcycle, the Tromox Mino. But as the company begins expanding distribution across Europe and the US, you may be seeing more of these cool little bikes soon.

I’ve been following Tromox for just over a year now. I accidentally stumbled upon the nascent startup’s debut last November when I discovered their booth tucked away in the corner of the EICMA 2019 Milan Motorcycle Show.

It was the company’s world debut and I instantly I fell in love with their mini electric motorcycle.

Yes, I know it looks like a toy. But it’s anything but. The Tromox Mino is a potent little e-moto. It takes the format of an electric scooter or moped, yet puts it in the body of a mini-motorcycle.

As Tromox’s Melody Mo explained to me while I (quite easily) threw a leg over the little bike, Tromox didn’t want to just build another electric scooter. There are already hundreds of cookie-cutter scooter options out there. Instead, they wanted to create something that would be unique and much more fun to ride.

The Hangzhou, China-based startup partnered with an Italian design firm to develop the bike’s appearance. Then they added over 30 hardpoints to make the Mino ultra-customizable.

While these aren’t fast machines, and thus are designed purely for urban riding, they’re fairly nicely equipped. You’ll find a conventional wishbone motorcycle frame, true oil-damped front and rear suspension, and moto-level hydraulic disc brakes. The Mino isn’t just a souped-up electric bicycle, even if it is the size of one.

The Tromox Mino’s performance can be user-modified with a smartphone app, and the company is also working on developing a new in-house controller to allow even more customization options.

They’ve spent the last year building up their international distribution network while already making sales in China. Locally, they sell the Mino in both brick-and-mortar stores and on online platforms JD and Tmall (something like Amazon in China).

They’ve also secured distributors in several countries across the EU and Asia. EU-based sales are expected to begin in Spring 2021.

Preparation for EPA and DOT certification is underway, with Tromox hoping to have those completed in time to enter the US in 2021.

And if the Mino seems too mini for you, Tromox’s next model might be up your alley. The company is currently developing a larger electric motorcycle designed to reach 100 km/h (62 mph).

The bike is in the clay shaping phase and Melody tells us that they should be ready to reveal that model early next year.

This ain’t my first rodeo on a mini electric motorcycle.

In fact, I love those little things.

They’re effectively electric scooters in terms of performance, but they just give you such a smile when you ride them that you’ll quickly forget how silly they look.

Just think: instead of a big car, for a few thousand bucks you could have an urban electric motorcycle to zip around traffic, skip parking fees, and giggle the entire way to work. When you come home, it takes up almost no space. Apartment dwellers could literally roll it right into the elevator and park in their living room (though the battery is also removable).

If you’re wondering how big the Tromox Mino really is when not parked next to a pencil-thin, 2-meter tall European model, here’s a photo below of yours truly sitting on one. I’m 5’7″ or 170 cm and the bike feels great. I’m not sure if someone who is a head taller than me would feel as good on it, but it fits me like a glove. Frankly, I don’t know why they went with that professional model for their media images when I was right there, people!

Now to be fair, when compared to an electric scooter there are some tradeoffs. The main difference is that you lose the utility of the step-through design. On my electric scooter, I can carry bags or boxes between my ankles behind the front shield (as you can see here), but that’s a no-go on a motorcycle.

But while it loses a bit of utility, the recreationally-minded rider is likely to call that a fair price in exchange for hopping on a cute little fun-mobile like this. And at these prices, you could pick up an electric scooter as well, plus a few e-bikes, all for the price of that car you don’t need anymore – and you could park them all in its spot!

I haven’t had a chance to actually put any miles one of these things, mind you. So for now I can only tell you how it feels when sitting on a parked bike. But I’m working on getting a bike to borrow, so hopefully, I’ll be back soon with an actual ride report. Maybe it rides great, or maybe it’s a dud. Only the road can tell me that.

Until then, what do you think of the Tromox Mino? Let’s hear your thoughts in the comment section below!