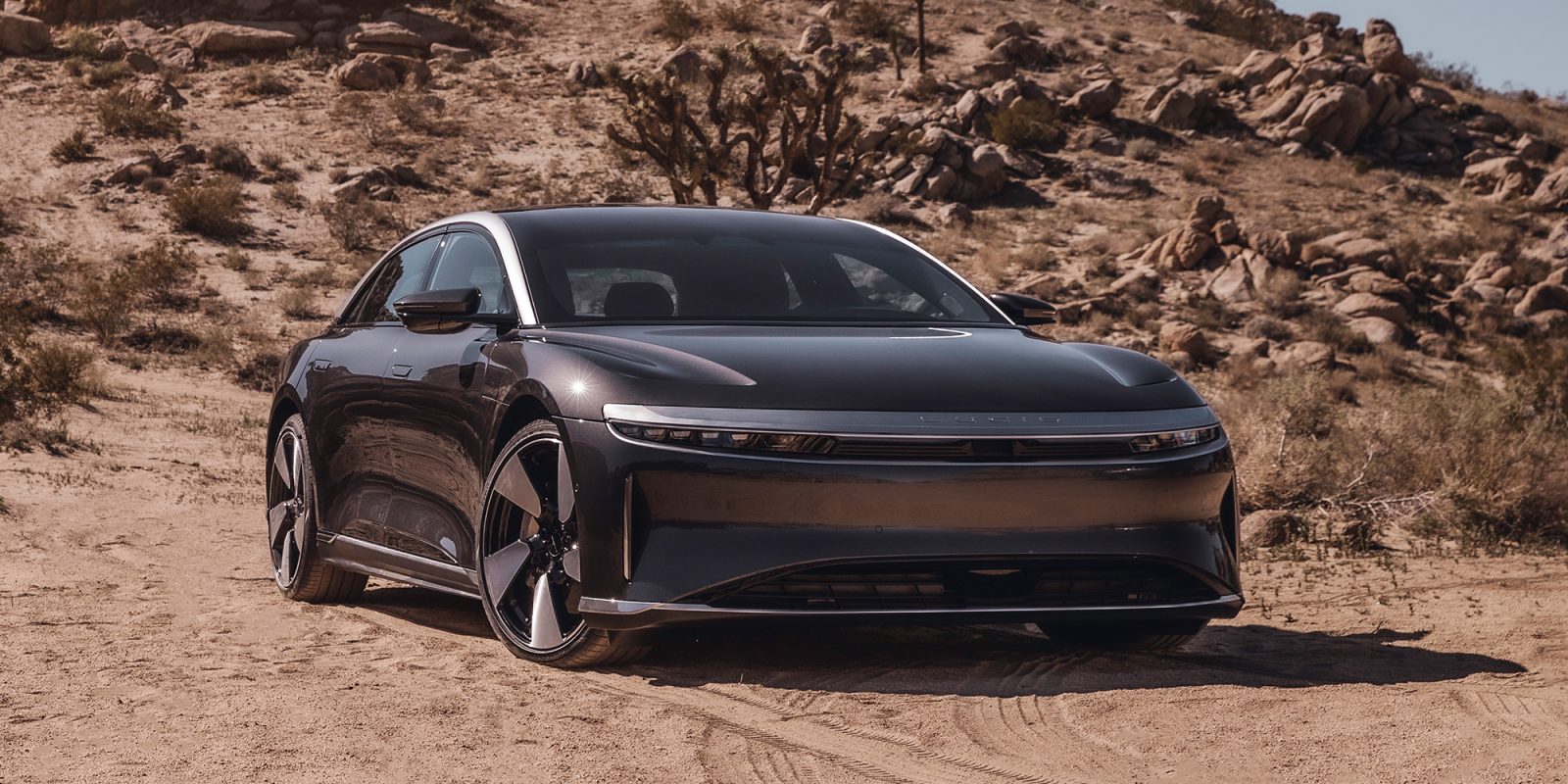 Following the start of deliveries of its Air Grand Touring trim, Lucid Motors announced a new Performance version that will arrive this summer. The Lucid Air Grand Touring Performance will deliver over 200 more horsepower than the standard Grand Touring and travel 0 to 60 mph 0.4 seconds faster, although it does come at the cost of some range – oh, and quite a bit more money.

Lucid Motors is an American EV automaker that delivered its first trim of its flagship Air sedan this past fall. Following production delays in 2021 after a successful SPAC merger, Lucid has been working to continue deliveries of both versions of the Air Dream Edition.

Simultaneously, the automaker has been gearing up production for three additional trims slotted for deliveries in 2022 – all of which will be produced at the automaker’s ever-growing AMP-1 facility in Casa Grande, Arizona. This includes the Air Grand Touring, which recently began initial deliveries.

The number of Air Grand Tourings that have gone out remains unclear, but as of February 28, 2022, Lucid had produced over 400 EVs and delivered 300 of them. At that same time, Lucid’s CEO and CTO Peter Rawlinson spoke to production goals impeded by supply chain constraints:

Looking ahead, we’re updating our outlook for 2022 production to a range of 12,000 to 14,000 vehicles. This reflects the extraordinary supply chain and logistics challenges we’ve encountered and our unrelenting focus on delivering the highest-quality products. We remain confident in our ability to capture the tremendous opportunities ahead given our technology leadership and strong demand for our cars.

While customers will unfortunately see fewer Lucid EVs delivered this year, they are already beginning to see the Air Grand Touring arrive. Better yet, Lucid’s most recent news includes a new Performance version of the Air Grand Touring, which will deliver some of the best EV specs on the road today.

Lucid surprises us with a Performance Air Grand Touring

We, as well as many others, were positively wowed by the Dream Edition version of the Air when it arrived last fall. I myself was literally and figuratively blown away by the acceleration of the Performance version and its 1,111 horsepower.

According to a recent press release from Lucid Motors, it will take a similar approach to the Air Grand Touring, announcing a Performance version in addition to the standard GT that recently began deliveries. Rawlinson commented on the news:

Lucid Air Grand Touring Performance answers the strong demand we continue to see for higher-performance versions of the Lucid Air. The remarkable speed with which we are able to conceive and bring this model to market is possible only because of Lucid’s high degree of vertical integration and in-house production of our proprietary EV powertrain and battery pack technology.

Lucid’s Performance version of the Air Grand Touring will deliver more power and acceleration than its counterpart while only sacrificing about forty miles of range. Here’s how they stack up side by side.

If you’re familiar with the specs on the Lucid Air Dream Edition Performance, you’ll notice the Grand Touring Performance is pretty comparable (61 less HP and 25 fewer miles of range). That being said, the Performance version of the GT starts $10k higher than the limited run Dream Edition.

So, if you weren’t one of the fortunate 520 customers to reserve a Dream Edition, you can still get comparable performance on your Grand Touring – albeit for a higher price. That’s also quite a jump compared to the original Air Grand Touring, which starts for $40k less.

Lucid Motors explains that even with its lower range, the Grand Touring Performance delivers more miles than any other competitor EV on the market. Rawlinson spoke one last time:

Lucid Air Grand Touring epitomizes the promise of the Lucid brand – a triumvirate of industry-leading range and efficiency, stellar driving dynamics, and luxurious interior space. This unparalleled fusion of attributes is the product of Lucid’s groundbreaking in-house technology, exemplified by our miniaturized drive units with unrivaled power density and race-proven 900V+ battery and power architecture.

That 900V+ charging system will soon enable GT drivers to add up to 300 miles in 21 minutes at a 350 kW DC fast charger, alongside a slew of other premium features that come standard on the Grand Touring.

The Air Grand Touring was already looking pretty tasty on the spec sheet when it was originally announced, but throwing a Performance version out there is even better – if you can spring for it.

Since the Dream Edition had such an exclusive production run, I’d imagine there are some well-off EV enthusiasts out there dwelling on what could have been if they had gotten their reservation in. For those of you out there, fear not. The Grand Touring Performance can provide specs slightly less impressive than the Dream Edition but still some of the industry’s best nonetheless.

As for the rest of us, that $179,000 is STEEP. Compared to $169k for the Dream Edition, its not a huge leap, but compared to the original Air Grand Touring, you have to ponder whether the extra $40k is worth the bump in HP and acceleration.

I’d personally take the Grand Touring with the 19″ aero wheels and 516 miles of range, cruising around more than happy with my 3.0 seconds of 0–60 mph acceleration, but that’s just me. At the same time, I’ve never felt anything like the 1,111 HP on the Dream Edition Performance, so I’m excited to get behind the wheel of the GT performance and see how it compares.

Lastly, this move makes me wonder if we will see this Performance trend continue with the Air Touring, or if it will remain in the top two trims only, assumedly in the Grand Touring alone in regard to future model years following the Dream Edition’s limited run.