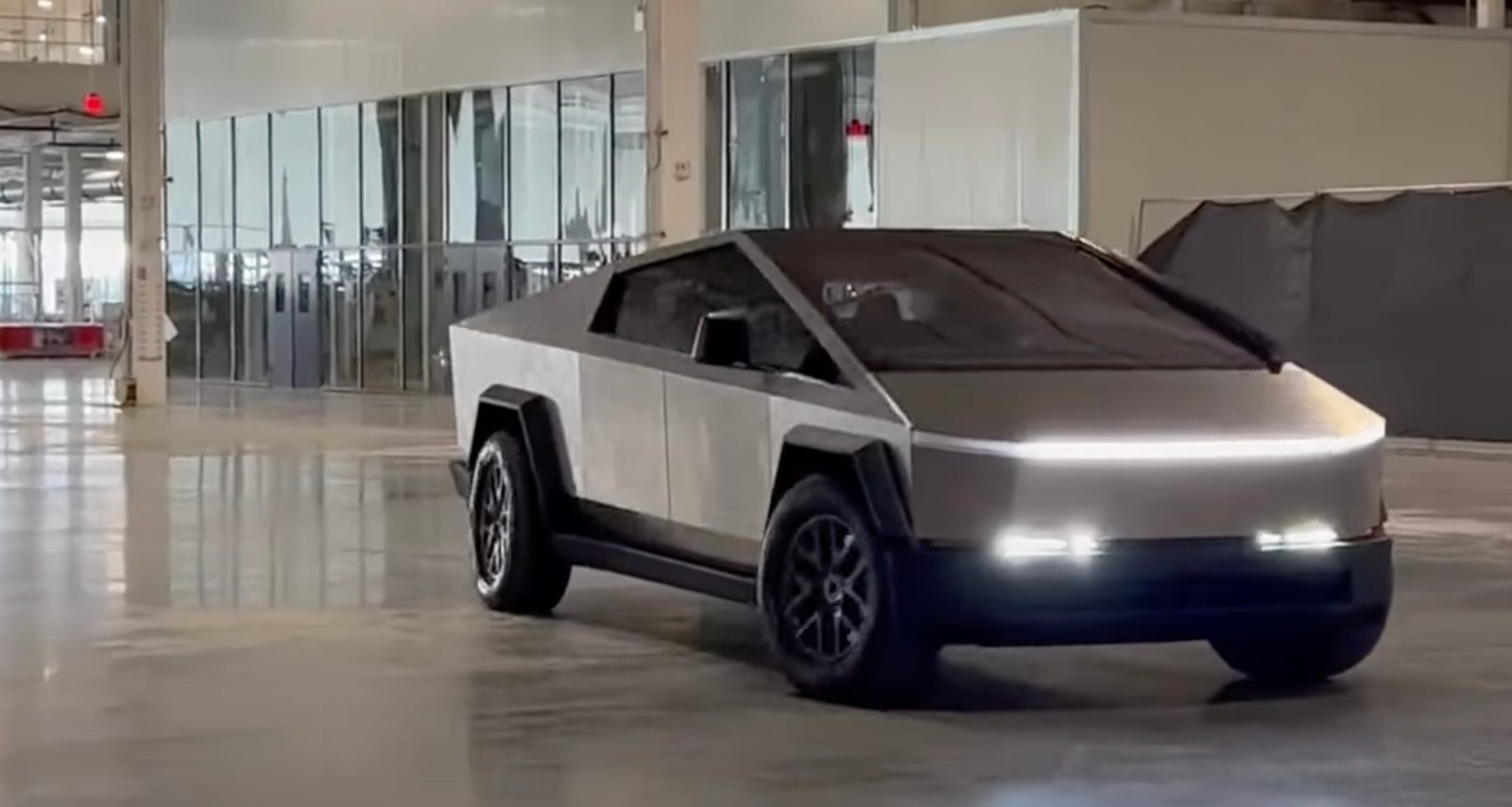 Tesla has briefly demonstrated the Cybertruck’s rear-wheel steering in a short video, but don’t blink because it’s barely noticeable.

Several other automakers have since announced rear-wheel-steering and Tesla followed with the Cybertruck last year.

“We’re adding rear wheel steering, so it can do tight turns and maneuver with high agility.”

The CEO has been talking about Tesla bringing several upgrades to the Cybertruck for the production version after it was pushed to 2023.

The rear-wheel steering is one of them, but the truck is also expected to have a quad motor version and more.

A new prototype of the Cybertruck has been spotted over the last few months, and it showed a few of these upgrades like no door handles, but we never got to see the rear-wheel steering in action until now.

Tesla was spotted playing with the feature one of the Cybertrucks that they brought at the Cyber Rodeo at Gigafactory Texas last week:

You have to look carefully at the rear wheels here to see them angle in and out, but they clearly do – it’s just not noticeable unless you know what you are looking at.

Even just a slight 10-degree angle can have a big impact on maneuverability.

We expect that Tesla is going to demonstrate some more impressive tricks later on, like GM’s Crab Mode or Rivian’s Tank Turn.

Musk recently set a strong timeline to deliver the Cybertruck in 2023 after several delays.

However, the automaker has yet to give a concrete update on the electric pickup truck since removing specs and pricing from its website last year.

While the prototype at Gigafactory Texas last week had new features like the rear-wheel steering, it didn’t appear to be a near-production version, especially when it comes to the steel exoskeleton. The electric pickup truck appeared to have bent steel body panels.