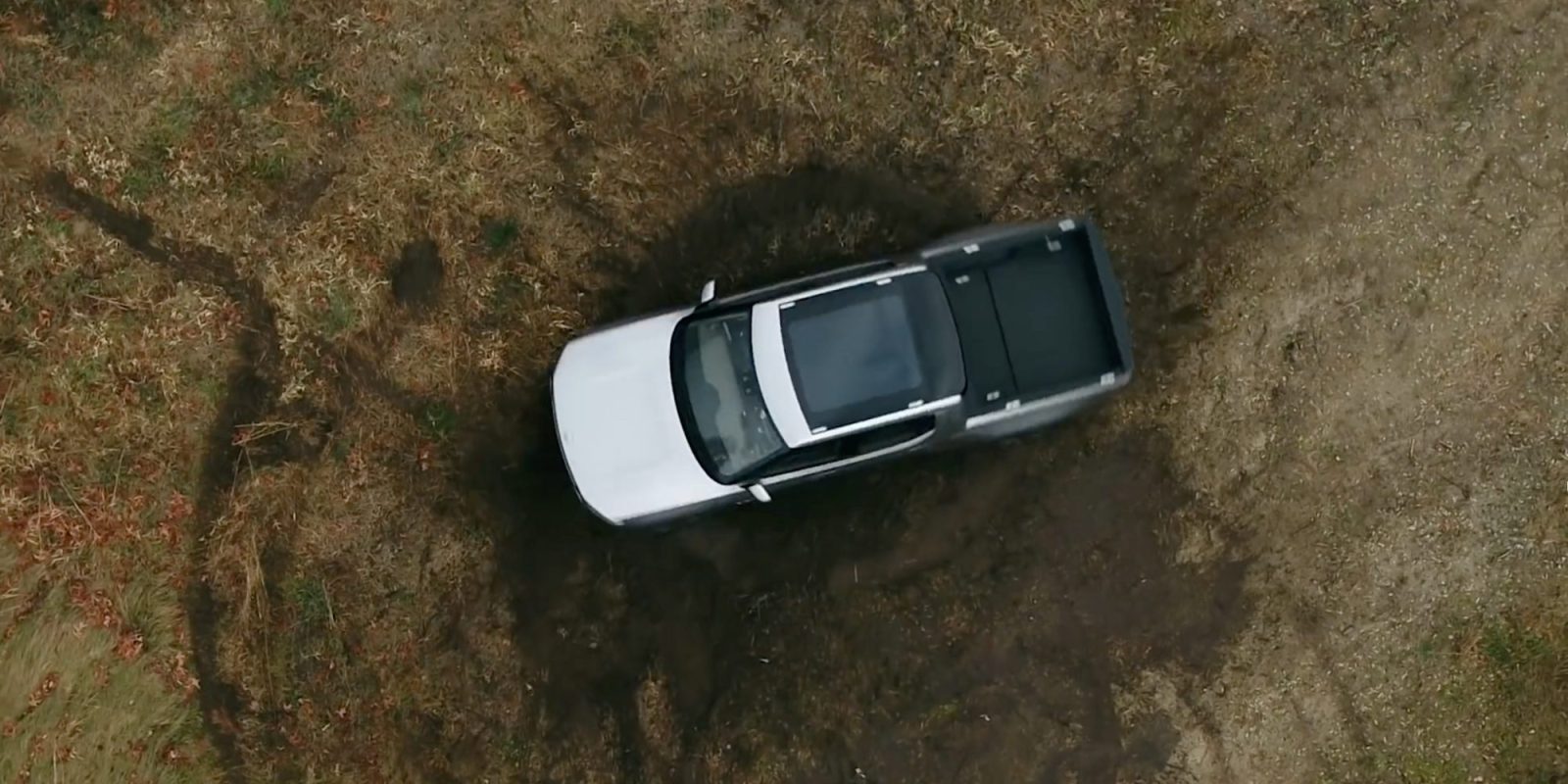 This feature allows the Rivian to turn literally on a dime – it can do a full 360º turn without moving at all.

Due to the Rivian R1T and R1S quad-motor configuration, each wheel can be driven independently.  This has great benefits for traction in off-road (and on-road) situations.

It also enables the Rivian to spin in place – the same way a tank turns.  Because the four motors can be driven independently, Rivian runs the motors on one side in forward and the other in reverse.

Rivian has been talking about this feature for a while but so far had not released official video.  There was a mockup posted to YouTube by a fan earlier this year, but that was CGI.  And we at Electrek have seen a video of their test mule doing the same thing – which we’d love to have released, but it wasn’t public yet.

Now we have a nice, high-res, well-lit video showing the feature. Check it out:

It’s notable that the demonstration happens on mud.  Rivian CEO RJ Scaringe told us the tank turn feature is meant to be used in “low-mu” (i.e. slippery) situations. Since the feature requires a certain amount of sliding on the part of the tires, it’s not really something meant for regular roads.

Also, the video shows the truck doing a little bit of a kick-start beforehand.  Since the truck’s wheelbase isn’t square, it needs to get a tiny bit of momentum going first.  So the truck needs to have a little bit of empty space in front of it before it starts turning.

But then, once it gets going, it just…spins.  And as best we can tell from the video, it looks like the Rivian’s turning radius is no larger than the actual dimensions of the truck.

Rivian is positioning its R1T as an “adventure truck” which will be very capable in off-road situations.  We can imagine that this would be a useful feature when off-roading.  Anything that makes it easier to turn when surrounded by rocks, cliffs, or what-have-you is going to open up new possibilities for the adventurer.

Though, of course, you should do so responsibly.  Off-roading is fun but is often damaging to natural environments so please tread lightly still.

Rivian can’t really say that this is its “turning radius” since this is for use in slippery situations and not normal roads.  But it looks like the R1T will be able to turn in a smaller radius than even a Smart car, BMW i3, or any other number of small city cars which benefit from better maneuverability.  The Rivian is about 18 feet long, and the best turning radius from these tiny cars is typically 20-30 feet.

Audi and Shaeffler did a similar stunt last year, where they built an insane 4-motor vehicle out of retired Formula E motors and a 64kWh battery which also did “the perfect doughnut.”  But this was a one-off and isn’t going to be available to the public.

Unfortunately, it still won’t help you find a better parallel parking spot.  Unless…