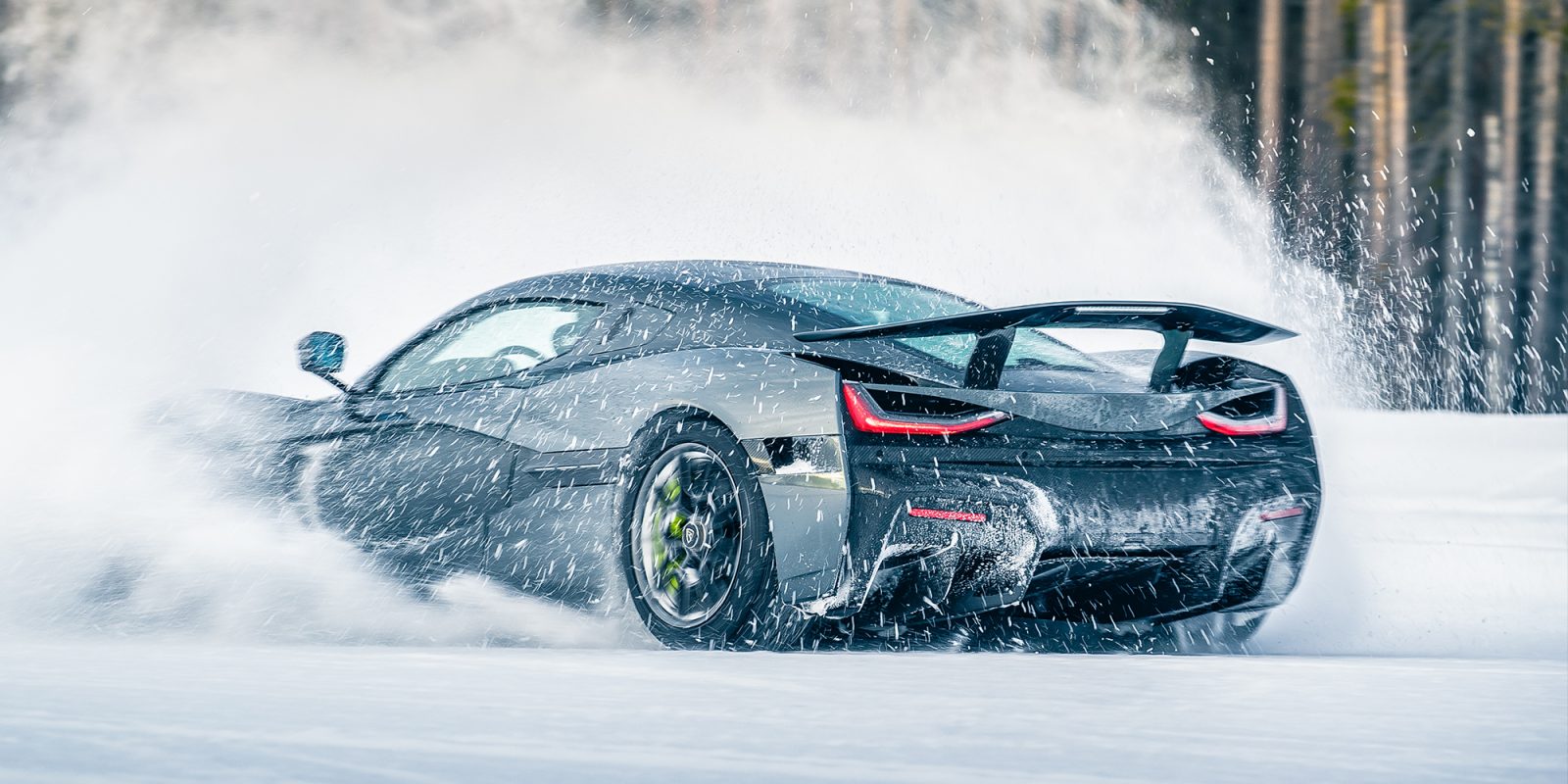 Electric hypercar manufacturer Rimac Automobili shared news of completing winter testing of its 1,914 horsepower Nevera EV. The two weeks of vigorous testing near the Arctic Circle in Sweden mark one of the last validation tests for the Rimac Nevera ahead of deliveries within “the next couple of months.”

Rimac Automobili was founded in Croatia in 2009 and has been developing technologically advanced electric hypercars since. Rimac’s first EV, the Concept_One, was introduced in 2016 and is considered one of the world’s fastest production vehicles, although that production run only consisted of eight units.

Rimac followed up with the Concept_Two, which debuted in 2018 and eventually evolved into its production form renamed the Nevera. Rimac has since promised a larger scale of production for the Nevera compared to its predecessor – 150 units estimated to cost $2.4 million each.

As Rimac Group erects its new $224 million headquarters in Zagreb, Croatia, it has been continuously working to get deliveries of the Nevera out to customers, despite delays brought on during the pandemic.

Most recently, Rimac announced it has completed its final crash test for the Nevera, capping off a four-year process to achieve global certification and market access. With Rimac’s latest update, Nevera deliveries are within months following two weeks of winter testing in Northern Sweden.

Rimac Nevera cuts through snow ahead of deliveries

We’re not sure why any of the 150 customers seeking deliveries of the Rimac Nevera would ever take it out in snow and ice, but it’s good to know that it can handle it. The automaker detailed the hypercar’s winter validation testing via a press release alongside some pretty sweet video footage (see below).

The testing took place at Pirelli’s Sottozero Centre near the Arctic Circle in Sweden, mostly at night in temperatures around -15°C (5°F) due to unusually warm days. The tests were conducted to ensure the Rimac team could fine-tune all the control systems in the Nevera before deliveries of production EVs to customers.

This included the ABS, Electronic Stability Program (ESP), and torque-vectoring, in addition to the Nevera’s Pirelli P Zero Winter tires. Company CEO Mate Rimac spoke about the testing and what its results mean for future customers, whether they’re experienced hypercar drivers or not:

For us, this cold weather testing process was an opportunity to put the final 0.1% of polish on the Nevera, ensuring it’s perfect as soon as our owners begin to receive them in just a couple of months. Even after two weeks spent at temperatures of about -15°C (5°F), and a fairly demanding testing regime, our validation prototype performed at 100% throughout, so we know that all our core systems can perform reliably even in extreme conditions. What we also wanted to develop was a car that could be driven and enjoyed equally by someone who isn’t the most experienced driver right up to a seasoned racer. Finding that balance of creating a rewarding, but safe, drive in a 1,914hp car with four independent electric motors while also building a chassis that delivers delicate on-the-edge adjustability has been our goal from day one, and as our final stages of testing come to close, I can confidently say that’s exactly what we’ve achieved with Nevera.

The 150 production units of the Nevera should begin deliveries soon now that it has been fine-tuned in Sweden. We are also hoping to hear a confirmation on its final price soon as well. You can check out the Rimac Nevera in action through snow and ice below.