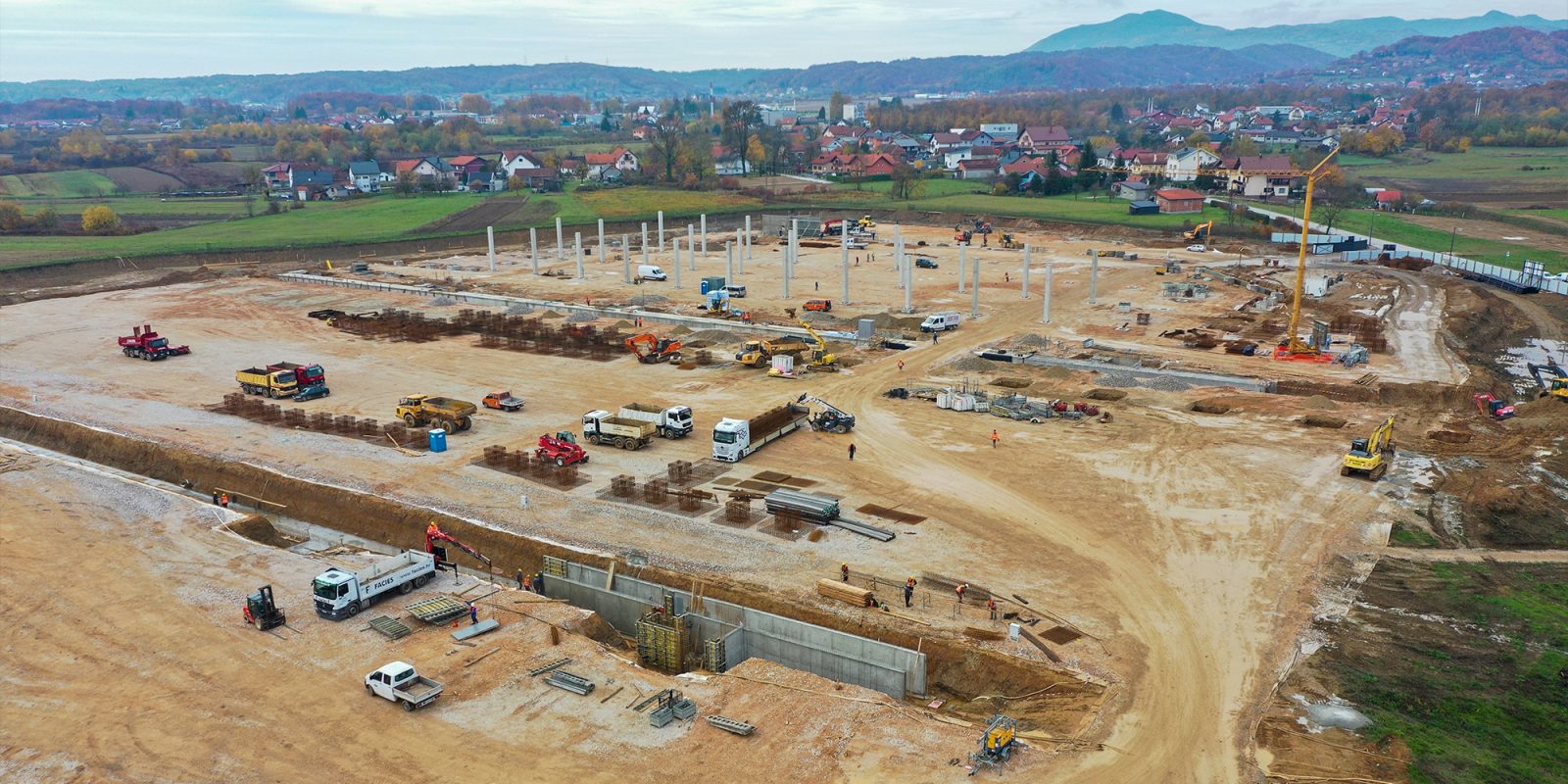 Electric hypercar manufacturer Rimac Automobili has officially begun erecting its new €200 million ($224 million) headquarters in Zagreb, Croatia, after breaking ground months ago. According to Rimac Group, the state-of-the-art R&D and production facilities will combine to make the campus one of the largest in Europe when it’s completed in 2023.

The company itself was founded in Croatia 2009 by Mate Rimac, and has been developing electric hypercars ever since. Rimac Automobili’s first EV, the Concept_One was introduced in 2016 and considered one of the world’s fastest production vehicles, although its production only saw eight units.

Rimac followed up with the Concept_Two that debuted in 2018, and would eventually evolve into a production model renamed the Nevera. This electric hypercar will see a much larger scale of production compared the its predecessor – 150 units costing $2 million each.

But in recent years, the company has expanded its technology as a supplier of electric vehicle components, particularly for other OEMs like Koenigsegg and Aston Martin.

Fellow speed enthusiast Porsche has also shown an interest in Rimac Automobili by making multiple investments. Together, the two formed the Rimac Group which recently acquired supercar developer Bugatti, hinting at a glimpse to more electrified hypercars to come.

We now know that these EVs will be developed and produced at Rimac Group’s new headquarters when it is complete.

Per a recent press release detailed progress of its new global headquarters, Rimac Group shared that the construction will serve as both an international research & development and production base.

This will include production of all future Rimac models and their key components, including the aforementioned Nevera. The facilities will also support high-volume production of the company’s high-performance electric drivetrain and battery systems for other car companies around the world. Founder and CEO Mate Rimac spoke about the new campus:

Ever since I founded the company, building the best possible working environment was key to me. It is more natural to create great products when one is in the right surroundings. With the Campus we want to do exactly that – create the best environment for working and creativity, but not only for our employees. This is a place where customers, students and the general public are welcome and invited to mingle with our employees.

We also take great care to integrate the facility into nature and its surroundings and to be carbon neutral. Croatia will always be our home and to begin laying the foundations of our new long-term base is a huge milestone as we build something that allows us to best reflect our brand, ambitions and be a springboard for growth over the next decade and beyond.

Strengthening our position as a hypercar maker, as well as a leading Tier 1 supplier of electric performance technology to the world’s largest automotive manufacturers, we can’t wait to show off the final creation and move in our long-term home.

The new site will provide jobs for 2,500 employees and will feature an on-site test track, museum, plus design, engineering, production, and testing facilities. Rimac Group also shared plans for unique places to visit on the campus including an “urban swamp,” a rooftop garden, a command center, VR-rooms and several top-secret project rooms. A bar and retail space are also in the works.

Construction is expected to be completed in 2023. Check out a video of Rimac’s progress below: