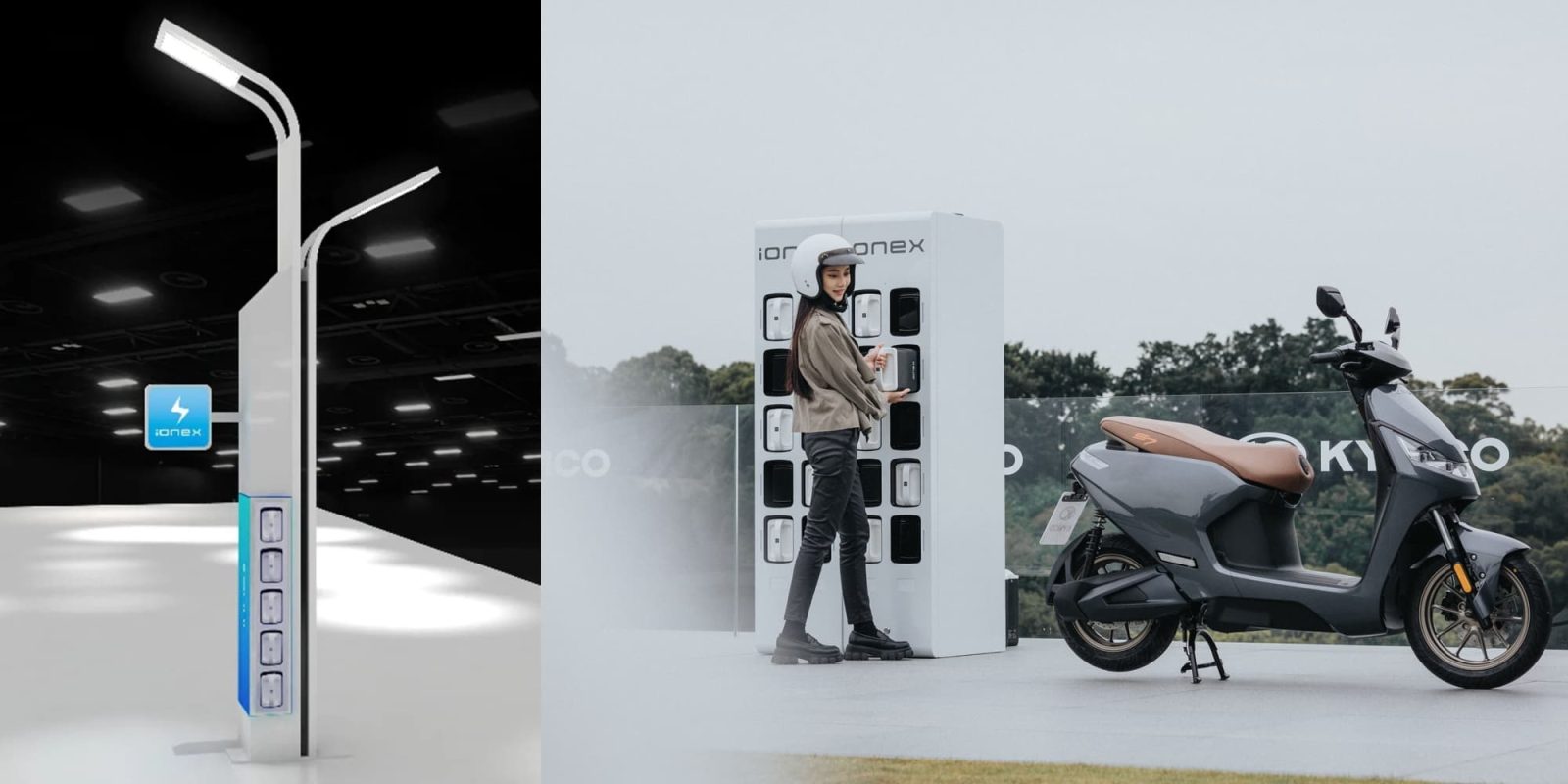 The Ionex brand is the Taiwan-based motorcycle maker KYMCO’s electric vehicle division. Last year the company decided to follow the Harley-Davidson route, intending to spin-off its EV division from its main two-wheeler manufacturing with an IPO.

The foundation of KYMCO’s Ionex line is currently built around its swappable battery packs and battery swapping stations. The swappable batteries were first unveiled at the Paris Motor Show in 2018, where Electrek had a front-row seat to the announcement.

The batteries are designed to allow riders of Ionex’s electric motorbikes to roll up, swap a battery, and continue on their way.

Now the company is rolling out even more uses for its KYMCO batteries – as an auxiliary power device for smart cities.

With the new KYMCO Ionex Smart Streetlights system, swappable battery base stations would be incorporated into connected streetlights and traffic lights, with a solar power generator at the top of the unit to recharge the batteries.

In the event of a power outage, the batteries in the station below could also send energy backwards, keeping the streetlights and traffic lights running.

“KYMCO has always been at the forefront of the next-generation transportation. We have dedicated ourselves to creating the most thoughtful customer experience of the electric era including empowering smart city for the future riders.

However, the availability of energy access and battery station is a continuous challenge for all EV makers, especially when acquiring land for power facility in cities where land is at a premium. With the Ionex Smart Streetlights system, a battery station has multiple functions with only limited space required. Therefore, we can provide a solution that mutually benefits the smart city operators and consumers.”

We recently witnessed a similar type of application of swappable battery stations used for backup power during a regional or nationwide power outage.

Early last month, KYMCO’s competitor Gogoro was able to keep its thousands of battery swap stations running when Taiwan was hit by a massive power outage that affect much of the country.

Millions of people were out of power for most of a day, with the power outage also closing down gas stations that couldn’t operate their pumps. But Gogoro’s stations, which can sustain themselves and continue operating for several days on their own reserve power, continued working. Throughout the power outage, riders were still able to swap batteries and stay mobile during the emergency.

Battery swap stations already outnumber gas stations in Taipei and will soon do so throughout the country.