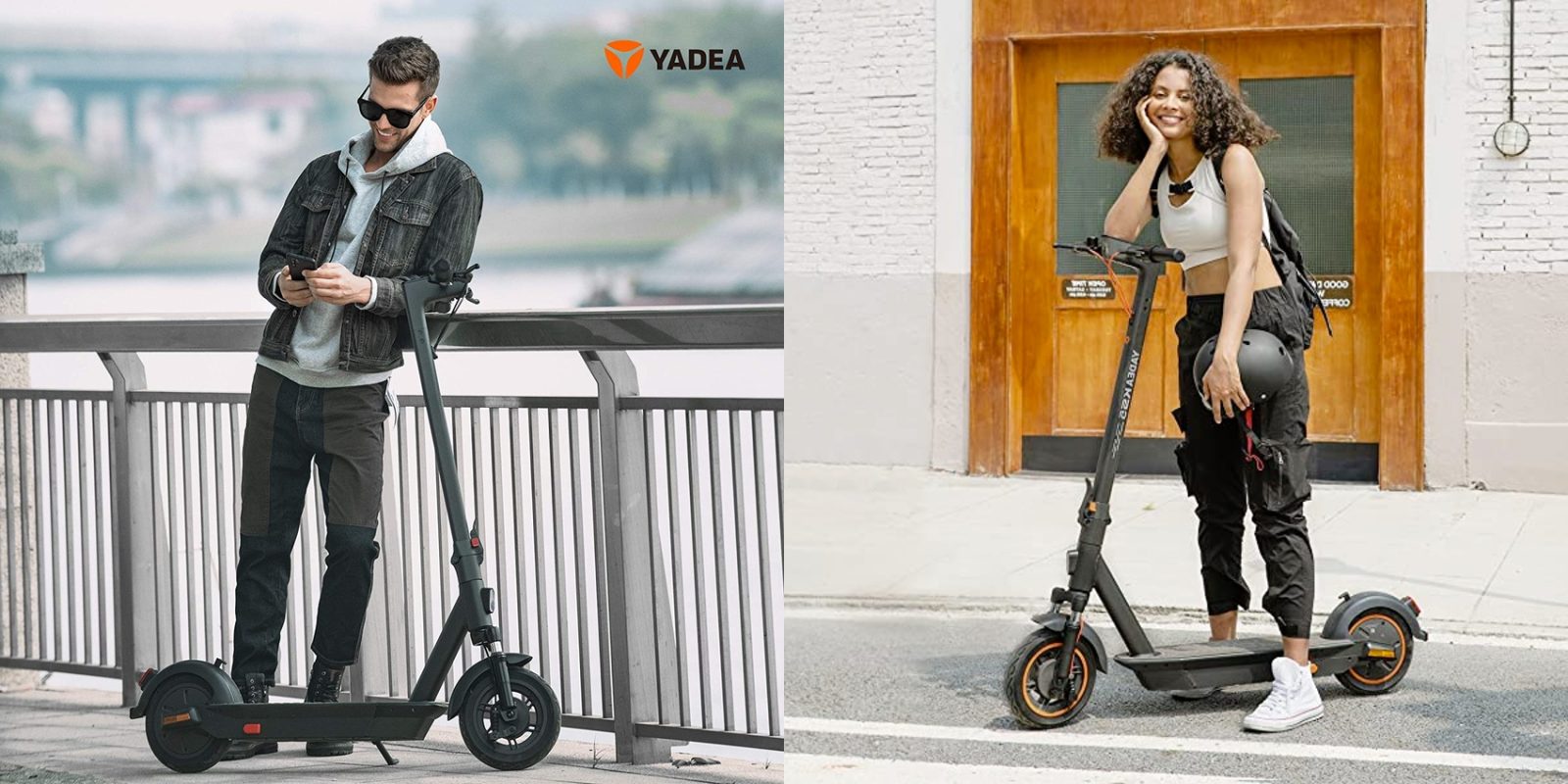 When gas prices started climbing the charts, we quickly saw how electric bicycle sales grew rapidly as well. With many fast and low-cost electric bikes available, commuters were switching away from gas and toward smaller electric vehicles. But new sales figures show that the electric scooter market is also getting a healthy boost from high gas prices. And the even smaller EVs come with their own unique advantages.

Admittedly, standing electric scooters were mostly a novelty just a few years ago.

But as shared e-scooter companies demonstrated the convenience and portability of such small and low-impact alternative electric vehicles, electric scooters quickly became a popular form of urban transportation.

Now more than ever, the ability to commute gas-free on a small format vehicle is proving advantageous as gas prices continue to climb. And consumers are making that realization en masse.

As far as urban commuters’ needs go, that type of high-speed and long-range performance is usually more than sufficient.

And it’s a lot cheaper than paying for gasoline, parking, car insurance, or other costs associated with car ownership.

In fact, the payback period of low-cost scooters is often surprisingly fast.

New Jersey resident Kris Mercado explained to the WSJ that buying a $460 electric scooter on Amazon paid for itself after just five commutes from Mercado’s NJ home to a destination in Queens. According to Mercado, using a combination of the electric scooter and public transportation cost a mere fraction of the former nearly $100 car trip, factoring in the cost of gas, parking, and tolls.

The portability and convenience of electric scooters has become one of their main selling points. Nearly all electric scooters fold up for easy carrying, and many riders combine them with public transportation such as buses and subways to extend their reach even further.

Serving as last-mile vehicles, lightweight electric scooters help commuters travel from their homes to a local train or bus station, and then from the next station to their places of work.

Other larger and more powerful electric scooters can often stand on their own, serving as self-contained car alternatives. The popular California-based electric scooter company Voro Motors touts its 25 mph Emove Cruiser electric scooter as having a range of over 60 miles (100 km). Thinking that might be a bit hyperbolic, I spent three hours one Saturday morning putting that claim to the test, managing to ride the scooter at full speed for just over the claimed 60 miles. You can see the arduous test in the video below.

With electric scooters now serving as both lightweight range extenders and fully independent car alternatives, this popular form of electric vehicle looks to be sticking around for the foreseeable future. And with the additional advantages over traditional cars such as traffic-skipping and ease of parking, it’s safe to say that they’ll remain popular even if gas prices eventually subside.