But while some of their fancier scooters are a bit on the pricier side, the company’s new CITYRIDER scooter is about as affordable as it gets.

Regularly priced at $499, it’s on sale for $399 right now. But if you use the coupon code NEWCITYRIDER then you can drop the price down to $349.

And for a limited time, FluidFreeRide is offering a deal for a $50 rebate if you leave an honest review of the scooter on the site after purchasing, which drops the price down to a final $299. For that price, it makes it hard to justify renting a Lime or Bird scooter too many times before it simply becomes worth it to grab your own scooter.

According to the company, here’s what you have to do to get the $299 price:

1. Use coupon code NEWCITYRIDER duringcheckout and save $50 off current pricing.

2. After trying out your new scooter, leave us an honest review on the CITYRIDER product page. Upload a picture and elaborate what you like and don’t like about the scooter. We will then reimburse an additional $50 to your original payment method.

That’s not bad at all. We’ve rarely seen electric scooters for just $299 and never scooters with these specs. 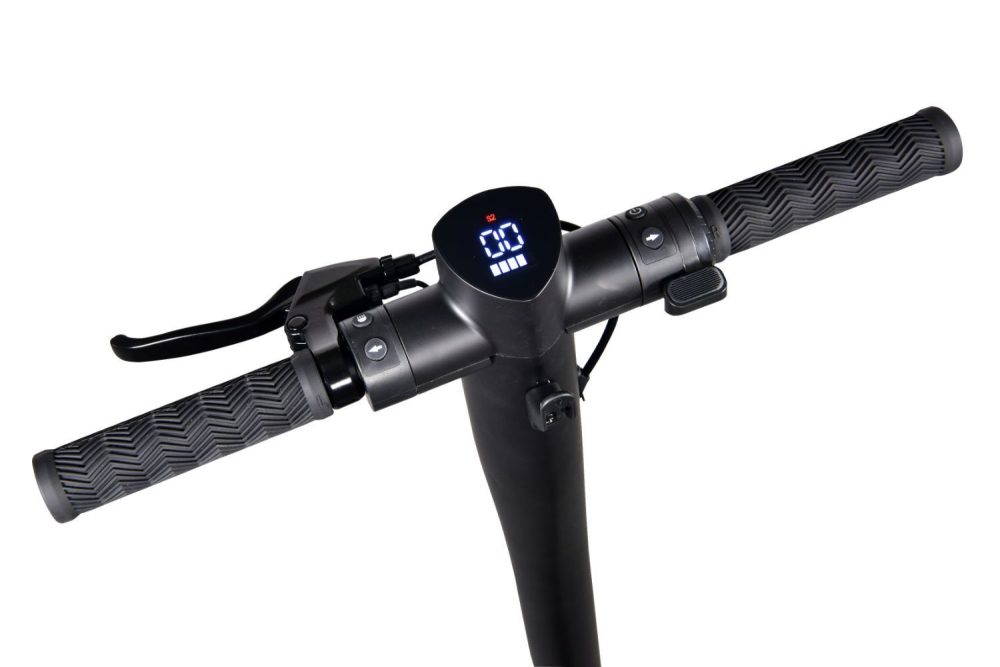 The CITYRIDER offers a top speed of 18.6 mph (30 km/h) and has a handlebar selector to choose between two gears for high and low-speed operation. You might want to get used to that 30 km/h figure though since the digital screen reads only in kilometers. That’s a fairly common attribute on a lot of electric scooters imported into the US.

The scooter comes with a 36V and 270Wh battery that is rated for a real-world range of 10 miles (16 km). That’s another thing I’ve always liked about FluidFreeRide – they tend to give real-world ranges. While other vendors would likely rate a 270 Wh battery for 15 miles under “ideal conditions”, FFR tells you what you’ll really get day-to-day.

The CITYRIDER includes front and rear LED lights, which is pretty standard. But what’s not standard is the turn signal light package that the scooter comes with. Buttons on the handlebars control the turn signals and allow riders to alert drivers in advance of their intentions. I’ve seen electric scooters with turn signals before, but usually on scooters that cost upwards of $2,000 or more.

The CITYRIDER offers 8.5-inch wheels with honeycomb tires that rule out ever getting flat tires. Unlike solid tires that create a harsh ride, honeycomb tires give a ride that is nearly as plush as air-filled tires but without the chance of flat tires. A 300 W motor is hidden in the front wheel, while the back wheel houses a rear drum brake. There’s also a rear foot brake if you want to feel like you’re back on a Razor scooter.

Unlike most electric scooters that offer plastic or rubber decks, the CITYRIDER has a wooden deck with grip tape that gives more a skateboard feel in a scooter form factor.

We’ll try to get our hands on one to review for you guys and let you know what we think.

[Update: We did it! Check out our review below!]