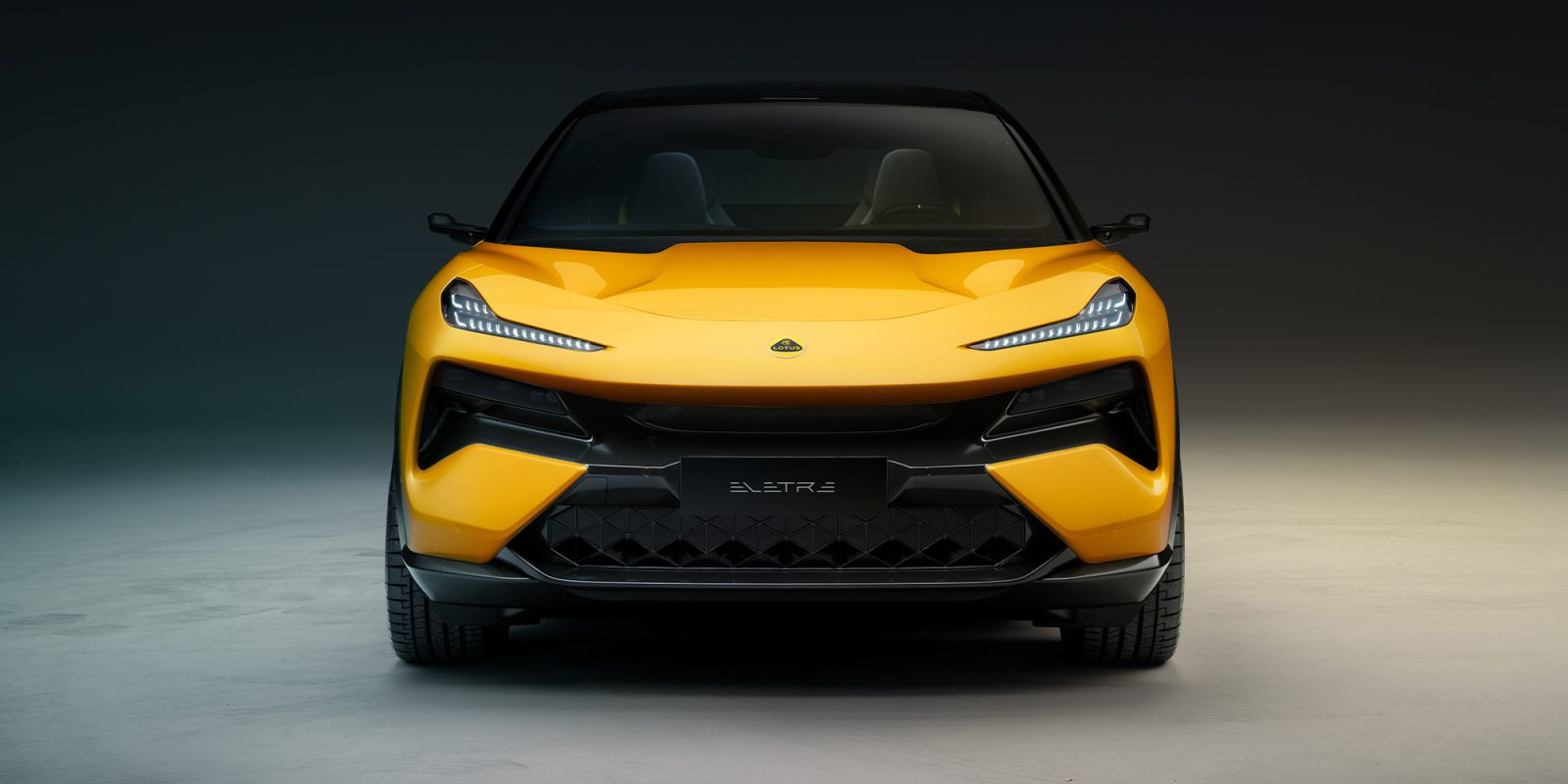 UK-based sports car manufacturer, Lotus Cars, has officially unveiled details of its long-teased “Type 132” electric SUV. Today, the brand announced the EV will be dubbed the Eletre (pronounced “El-etra”) – calling it the “world’s first hyper-SUV.” We now have a slew of new specs and features to ponder.

Lotus Cars currently exists as a segment of Group Lotus, which also includes Lotus Engineering and Lotus Tech. Although it was founded by two brits in the late 1940s, Lotus has been majority owned by Chinese multinational conglomerate Geely Holding Group Co., Ltd. since 2017.

Early last year, Geely announced a development plan with Alpine as part of a joint venture with Renault–Nissan–Mitsubishi Alliance to develop electric vehicles and the platforms they will sit upon. This strategy built upon Lotus’ previous developments on its first all-electric hypercar – the 2,000 HP Evija.

In April of 2021, the UK automaker shared plans to produce electric vehicles only by 2028, including a timeline to deliver four bespoke EVs beginning in 2022:

Since then, Lotus has teased tiny breadcrumbs of what drivers can expect to see on the Type 132 EV, but not anything juicy enough to share with you readers up to this point. Now however, we have our first look at the upcoming Lotus Eletre hyper-SUV, as well as some of its target specs.

During a livestream out of the UK earlier today, Lotus Cars publicly pulled the sheet off its new electric SUV, the Eletre. According to Lotus, the Eletre takes the heart and soul of its Emira sports car and blends it with the all-electric Evija hypercar, to create an all-new hyper-SUV category.

In addition to being Lotus’ first-ever SUV, the all-electric Eletre will deliver additional firsts for the automaker. When manufacturing begins later this year, the Eletre will arrive as the first five-door production vehicle from Lotus, as well as its first lifestyle EV.

The UK/China based automaker is already touting the Eletre as the most “connected” Lotus vehicle ever, but before we dig into that, let’s relay some of shared performance specs.

According to Lotus’ press release following the reveal event, the Eletre will be four-wheel drive and is built on a new 800V dedicated electric architecture that includes a battery pack over 100 kWh. The result is 600 HP, a top speed of 260 km/h (161 mph) and a 0-100 km/h (0-62 mph) in under three seconds.

The Eletre’s “target maximum” WLTP range is currently 600 km (373 miles), although you can expect an EPA range to be lower than that. In terms of charging capabilities, the new Lotus electric SUV can garner 400 km (248 miles) in 20 minutes from a 350 kW charger and can accept 22kW AC charging as standard where available.

The front end of the Eletre will feature a deployable LiDAR sensor above the windshield as well as on either side of the EV. The side mirrors have been replaced by Electric Reverse Mirror Displays (ERMDs), housing three separate cameras – one for the rear-view mirror, one to create a 360-degree view of the SUV, and a third that’s part of the EV’s intelligent driving technologies.

Lotus has stated that the intelligent drive cameras combined with the LiDAR sensors will deliver autonomous driving capabilities to the Eletre, but to what extent remains unclear at this point.

The body panels are all made from aluminum, while the black components are finished in carbon fiber. Both techniques were chosen to reduce the overall weight of the hyper-SUV. The front grill features a bunch of interconnecting triangular petals that can open during driving to cool the electric motors.

The front lamps feature matrix technology and scrolling directional indicators, while the rear houses unique ribbon light strips that can appear in four different colors, as seen in the video walkthrough below.

Moving inward, the Eletre will come in both four- and five-seat layouts, situated below a fixed panoramic sunroof. The automaker’s honed-in focus on sustainability will be present throughout the vehicle’s interior, where the materials consist of man-made microfibers and wool-blend seat fabric. The hard materials are again carbon fiber.

Both the cockpit and rear section contain OLED touch screens and trays for wireless phone charging, as well as vital cupholders. Lotus adds:

Below the instrument panel a blade of light runs across the cabin, sitting in a ribbed channel that widens at each end to create the air vents. While it appears to be floating, the light is more than decorative and forms part of the human machine interface (HMI). It changes color to communicate with occupants, for example, if a phone call is received, if the cabin temperature is changed, or to reflect the vehicle’s battery charge status. Below the light is a ‘ribbon of technology’ which provides the front seat occupants with information.

Lastly, the cockpit will offer the driver easy access to the Eletre’s ADAS and other infotainment features, all of which will be able to be continuously updated via over-the-air updates. Gavan Kershaw, Director, Attributes and Product Integrity at Lotus, spoke to the upcoming Eletre electric SUV as a whole:

Dynamically, the Eletre has been developed to deliver everything you would expect from a Lotus – outstanding ride and handling, highly communicative steering and exceptional driver engagement. From a performance perspective, we know the world is watching so there has been an obsession with getting everything just right. Everyone is delighted with it – it’s a world-class product and a true Lotus.

There are plenty more dynamics and features to unfold here, so be sure to check out the full press release. One thing you won’t find however, is pricing. Those numbers will be revealed at a later date closer to production this year. For now, you can watch Lotus’ video walkthrough of the Eletre below:

It’s wonderful to see another automaker seemingly going all-in on EVs, even if it’s a smaller operation like Lotus. While the Evija blew me away on specs for an all-electric hypercar, the Eletre feels like more “hype” than hyper.

Yes, it’s an SUV, so it’s not going to be able to perform like a sports car given its size and weight. And truthfully, the Eletre specs are nothing to scoff at. But to call this a “hyper-SUV” feels more like a marketing strategy than a statement on this upcoming EV’s performance.

While it does best Tesla’s Model X and Model Y Performance in range and speed (pending that official EPA rating), it’s not by much. Not to mention the Model X Plaid would beat it in a race (but lose in overall range – again we will see what the EPA rates). That being said, those SUVs aren’t marketed as hypercars, yet provide similar specs.

How these vehicles truly stack up will come down to price, a factor that has not yet been shared by Lotus. That number could be make or break for the Eletre to entice affluent consumers in a growing luxury and performance EV segment. The 90+ years of brand recognition should help as well.

This is only the beginning for Lotus Cars and its journey to electrification by 2028, so I’m sure we will see even more exciting technology in the future. The Evija and Eletre are great starts, and I’m personally excited to get a closer look at these current and upcoming Lotus EVs to report back to you all. What are you first impressions? Let us know in the comments below.