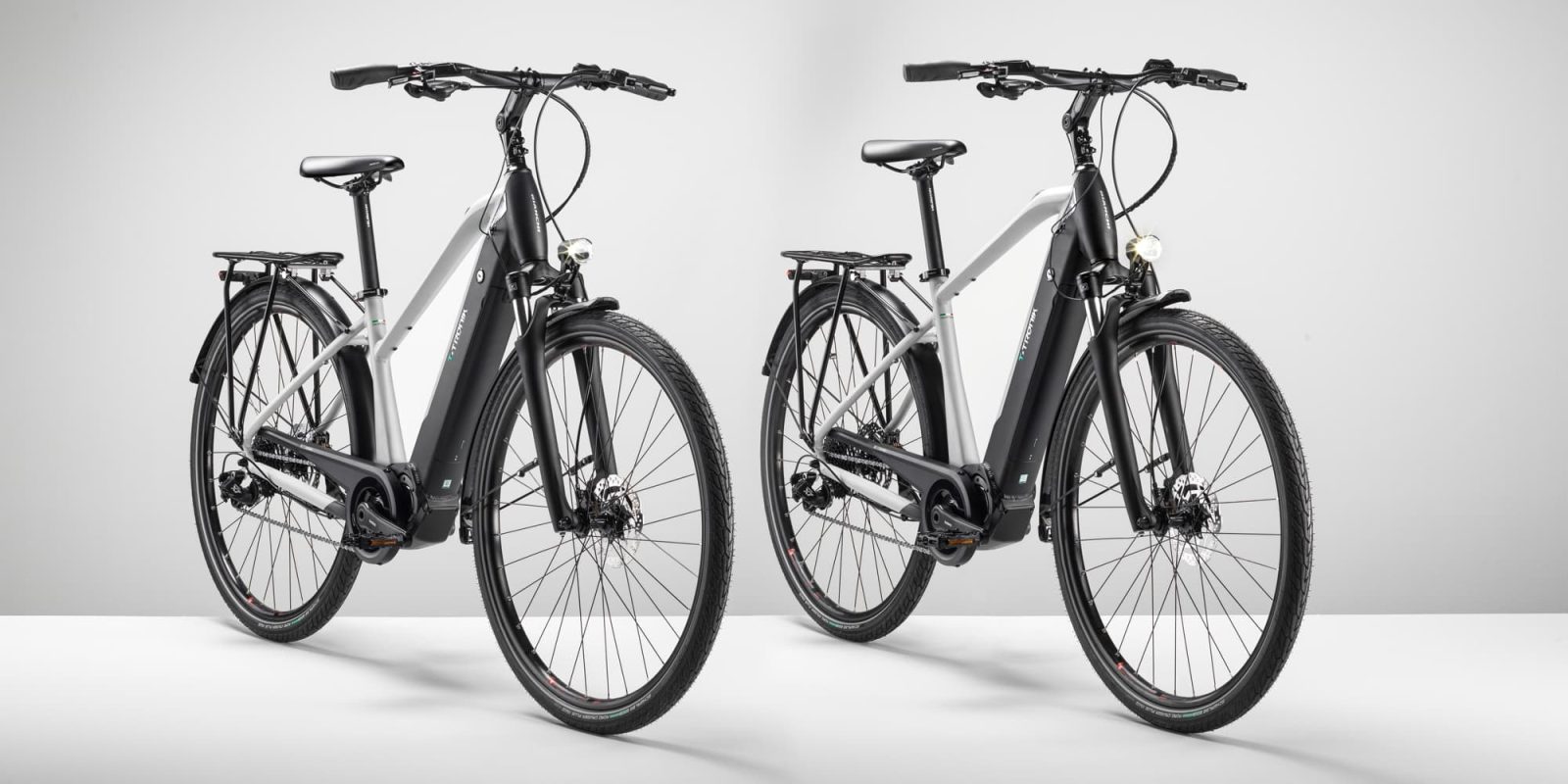 Bianchi is one of the oldest bicycle companies still in existence, but today’s announcement is decidedly new-tech. The storied brand has just unveiled two new electric bicycles in the Bianchi T-Tronik line: The T-Tronik C-Type and T-Tronik T-Type.

That motor is rated for 250W of continuous power and provides a maximum of 60Nm of torque, placing it near the middle of the range of mid-drive power levels available from major e-bike drive system manufacturers.

The bikes reach a top speed under electric assist of 25 km/h (15.5 mph), which is the maximum allowable speed under European e-bike laws. Riders can still pedal up to higher speeds, but the motor will not provide assist past the 25 km/h electronic limit.

For energy storage, the bikes come paired with a 417 Wh battery produced by the major e-bike battery manufacturer Phylion. With many e-bikes featuring 500 Wh or higher batteries, the new Bianchi e-bikes appear to fall just below average for city or touring e-bike battery capacity.

But that doesn’t mean riders will need to worry about range anxiety. The removable battery is still said to provide a maximum range of 95 km (59 miles) under low power assist.

The two models are designed to cover most e-bike riders needs in the city as well as for light trail use. As the company explained:

The Bianchi T-Tronik’s mission is to simplify people’s lives and travels, both in the city and beyond. This new range of e-bikes is available in Urban (C-Type) and Touring (T-Type) versions, and offers a new approach to sustainable e-mobility.

The two models of bikes have slightly different frames, with the urban C-Type coming in a step-through variety and the touring T-Type offered in both a step-over and mid-step frame.

The prices for the new models have not yet been announced.

The new e-bikes follow Bianchi’s previous big e-bike drop early last year, when the brand showed off new mountain, touring, and city e-bikes in Europe. Those models were announced to have their US debut a few months later, meaning these new 2022 models could end up seeing a similar rollout stateside. That would certainly save me the trouble of having to go all the way to Europe to try out a new Bianchi e-bike like I had to last time.

Urban and touring bikes have proven to be some of the most popular electric bicycle variants in Europe, with several companies releasing their own models in these sought-after categories.

Brands like Peugot, Gazelle and Greyp have launched several crossover-style electric bikes in the last few years. Such e-bikes, which can serve as both daily commuters and weekend excursion e-bikes, often serve double duty for many riders.

And with the rate at which e-bike use has soared in Europe, serving double duty sounds like an excellent plan.