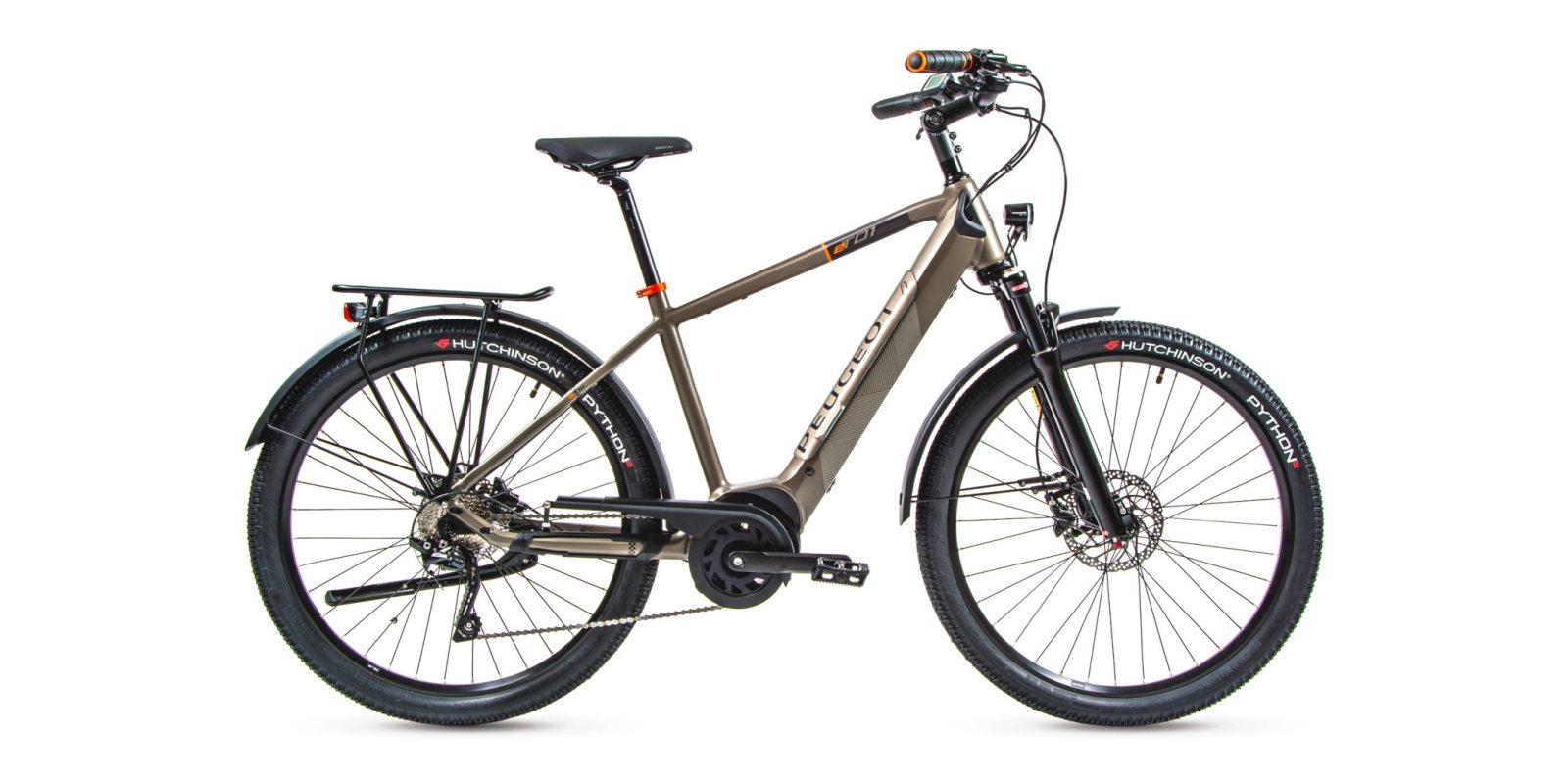 Peugeot is serious about its e-bikes, with a wide line of electric mountain bikes, electric folders, city e-bikes, and even road e-bikes. But the French aren’t done there — Peugeot has announced it is getting into the trekking game with a new line of eT01 Crossover e-bikes that marry trail-ruggedness with urban riding.

I’ve admired Peugeot’s electric bikes ever since seeing them in person at the Paris Motor Show in 2018.

Those were mostly the company’s electric mountain and gravel bikes, which have been a Peugeot e-bike staple.

In a move that matches similar trends in the industry towards trekking e-bikes, Peugeot’s six new e-bikes in the Crossover eT01 line combine the best of mountain bikes and city bikes in set of do-anything urban e-bikes.

The new model line starts with the Crossover eT01 D9, which is available in a high-step (Sport) or mid-step (Mixt) frame style. The Crossover eT01 D9 features a Bosch Active Line mid-drive motor that gets paired with a Bosch PowerTube 400 Wh battery. Peugeot says it should take you 110 km (68 miles) on a single charge, presumably in the lowest pedal assist setting.

The next step up in the line is the Peugeot Crossover eT01 D10 Equipped, which bumps up the power with a larger Bosch Performance CX mid-drive motor. The battery also gets a 20% bump in capacity to the PowerTube 500 Wh battery, though the max range stays the same at 110 km (68 miles).

In addition to more motor power and battery capacity, the higher price of €3,299 (or about US$3,800) including EU VAT also gets you a fully equipped bike with LED lights, mudguards, and rear rack, plus an upgrade from Shimano Alivio transmission components to higher-spec Shimano Deore components.

For those that want to get a little more aggressive with their choice of terrain, the Peugeot Crossover eT01 FS adds full suspension with front and rear travel of 80 mm.

The standard FS model features the same Bosch Active Line motor and PowerTube 400 Wh battery as the D9 above and is priced at €3,299 (or about $3,800) including EU VAT.

If you’re looking for full suspension AND the higher-spec motor and battery combo, then the flagship model in the Crossover line is what you’ll want. The Peugeot Crossover eT01 FS Equipped combines the Bosch Performance CX motor, PowerTube 500 Wh battery, and full suspension frame together.

It also adds the LED light package, mudguards, and rack into the picture, resulting in the ultimate fully-equipped electric trekking bike for the city and occasional off-road excursions.

What do you think of Peugeot’s new line of crossover trekking e-bikes? Let us know in the comments below!