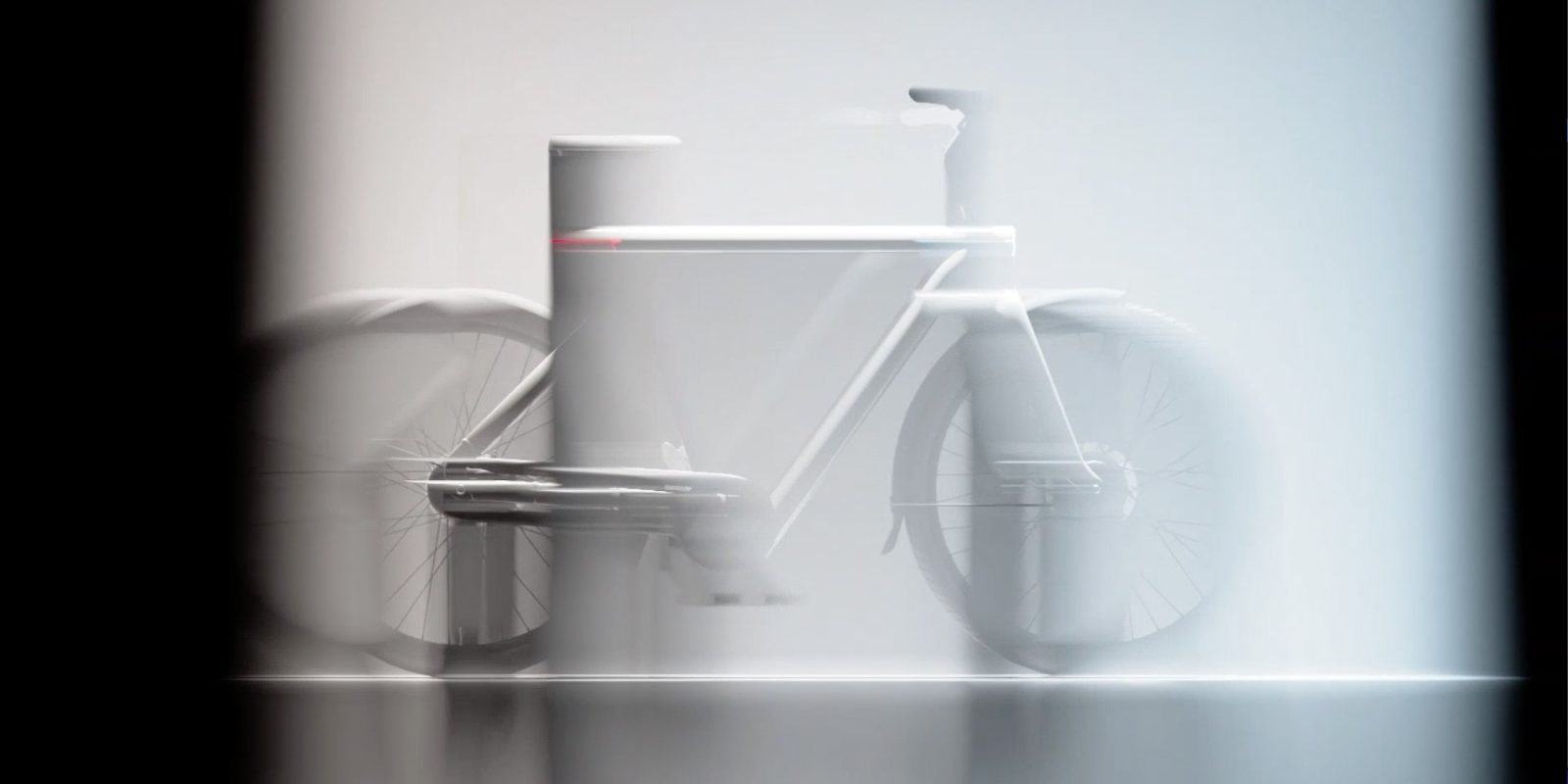 Leading Dutch electric bike manufacturer VanMoof says it will announce “something new” on April 5. All signs point to it being the next generation of VanMoof’s sleekly designed urban e-bikes. And we may already be getting a look at them in a video teaser from the company.

VanMoof’s cofounder Taco Carlier announced onstage at SXSW that April 5 would be the date we’d all get to see VanMoof’s next electric models.

The company’s website was then updated with more info:

“All new, all electric. Are you ready for what’s next? We can’t wait to introduce you to the new generation of VanMoof e-bikes on April 5, 2022.”

But the best info yet may come from the video embedded in VanMoof’s teaser page.

It’s an orbiting view around a VanMoof e-bike, as you can see below.

Besides a new colorway, the detailed views of the headlight and taillight look updated. The two lights now feature an LED halo around the outside and side cutouts that likely help improve side visibility for cars approaching at 90 degrees to the rider.

The rear chainstay certainly looks modified, though it’s a bit unclear how or why.

Touch points including the bars and saddle look similar, though the teaser makes them a bit hard to gauge.

The company also shared a couple of GIFs in email teasers sent out on VanMoof’s mailing list.

The GIFs show a few more updates, like a clearly reworked rear dropout that sees the kick-lock button shifted higher.

There’s of course no word on performance or features, but we expect VanMoof to come out swinging fairly hard.

The current edition of the bikes include automatic gear shifting, hydraulic disc brakes, an innovative kick lock to immobilize the rear wheel, wireless connectivity, a unique dot matrix-style top tube display, built-in anti-theft alarm and Find My integration with Apple, to name a few of the nicer features. All of those and more are expected on VanMoof’s next-generation e-bikes.

Electrek’s own Seth Weintraub got up close and personal with a current-gen VanMoof S3 to test out the unique technology firsthand.

VanMoof has also shown off a 30+ mph hyper e-bike known as the VanMoof V, though this unveiling is unlikely to be that model.

We’ve already seen concept art for the VanMoof V (below), and it is a much more ambitious two-wheeler, complete with full-suspension and moto-inspired tires.

The model has over 10,000 reservations, so there’s obviously some serious demand in the market for it. But VanMoof has said that the bike is only “expected by the end of 2022,” so there’s no telling when we’ll actually see it.

In the meantime, VanMoof’s next-generation e-bikes look like a more sure bet.