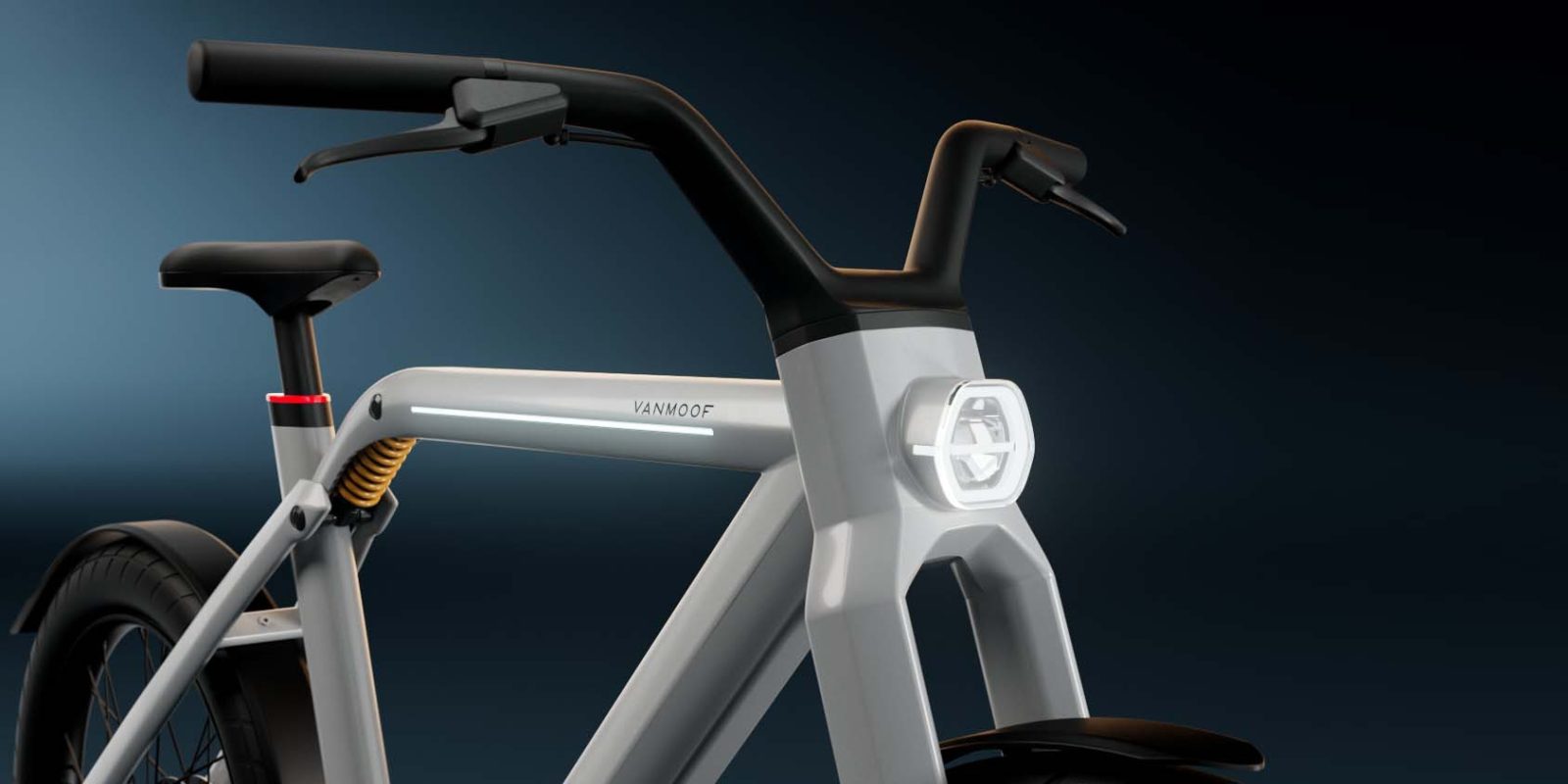 VanMoof has just announced a new high-speed electric bicycle model known as the VanMoof V, which will reach speeds of up to 31 mph (50 km/h). The company is referring to it as a “hyperbike,” which makes sense considering it is faster than just about any other e-bike available in the US or Europe.

VanMoof is largely known as an elegant, tech-forward electric bicycle brand. The Dutch company’s sleek, classy-looking e-bikes are heavy on the tech side but don’t attempt to win any awards on performance.

That makes today’s announcement of a high-speed electric bicycle all the more suprising.

VanMoof says we should still expect the company’s signature tech to be found in the new e-bike, including features like a Turbo Boost button, the Kick Lock that allows riders to lock their bikes without a key, automatic shifting, and theft deterrence via GPS tracking.

But the real innovations on the performance side come in the hardware.

To reach that high top speed of 31 mph (50 km/h), VanMoof has opted for two motors. With one motor in each wheel, VanMoof will use an intelligent controller to “enhance traction for safety and performance.”

The bike also sports full-suspension, with what appears to be an inverted front fork and a single-pivot rear suspension setup.

True to VanMoof design, the bike’s frame uses sleek straight tubes to create an elegant-looking bike, even if the VanMoof V hides away a lot more power under the hood than all of the VanMoof bikes that came before it.

The company explained that the decision to develop such a high-speed electric bicycle was driven by the goal of replacing cars as the dominant form of transportation in cities.

E-bikes offer a number of advantages over cars, such as free parking, the ability to avoid traffic via bike lanes, fresh air, and added exercise. But when cars aren’t held up in traffic, they can often travel faster than e-bikes – especially slower 15 mph (25 km/h) EU-compliant e-bikes.

Faster e-bikes help solve one of the main downfalls of conventional bikes – that they sometimes can’t keep up with the speed of urban traffic.

“The VanMoof V is our first hyperbike, an e-bike dedicated to higher speed and longer distance. I believe this new type of high-speed e-bike can fully replace scooters and cars in the city by 2025.

We’re calling for policies designed around people, rethinking how public spaces can be used if not occupied by cars. I am getting very excited thinking about what a city could look like in the near future, and we are very proud to be part of the change by building the right tools for the transition.”

The VanMoof V is currently still in the engineering stage, and the company expects it to begin deliveries by the end of next year.

The price has already been set at US $3,598, and an invite-only pre-order period has just opened for riders to put down a $20 deposit to hold their spot in line. Invites are going out first to current VanMoof riders, and then others will be added to the waitlist on VanMoof’s website as time goes on.

I’ve never hidden my love for fast e-bikes, and so this tickles me in all the right ways.

That being said, there’s a lot of questions left unanswered. How much battery capacity? How much motor power? Will the VanMoof V be registerable as a moped? When will VanMoof be sending Micah Toll a sample to review? People are asking the important questions.

I also find the 31 mph speed to be a bit of a head-scratcher. Sure, 50 km/h is a nice round number. But in most US states there is a limit of 28 mph for Class 3 e-bikes. And in Europe most speed pedelec e-bikes are limited to the same equivalent figure (45 km/h).

But considering that VanMoof’s engineers have over a year to finish the e-bike, I imagine small details like those will be figured out. It’s not hard to implement 20 mph and 28 mph software speed limits to keep the bike street legal in various jurisdictions.

All told, this sounds very intriguing, and I can’t wait to see more progress from VanMoof. The idea of using faster e-bikes to replace cars in cities is an argument I’ve been making for years and is beginning to be embraced by the major manufacturers. Small, fast-moving electric vehicles are simply more space and energy efficient (not to mention more fun!).

In fact, I wrote a whole manifesto about how e-bikes can save not just our cities, but our entire world.

At least someone was listening.