VanMoof’s dual-motor 31 MPH electric bicycle has over 10,000 reservations, and it’s not even legal 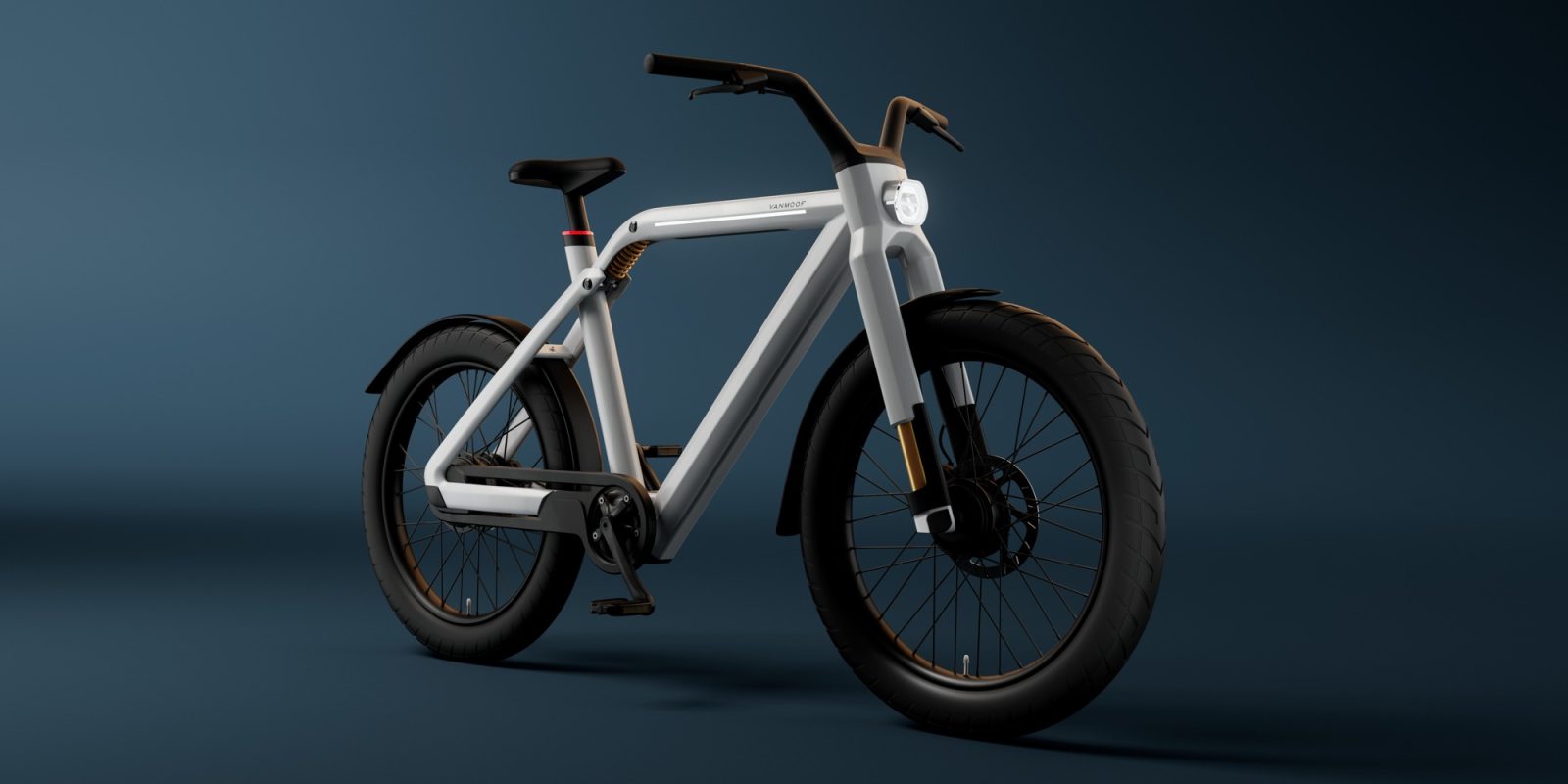 Late last year, VanMoof unveiled the VanMoof V as a high-performance electric bicycle that the Dutch brand referred to as a “hyperbike.” Now the company claims to have surpassed 10,000 reservations, despite the bike reaching a top speed that isn’t legal in most countries.

When VanMoof rolled out its concept for the VanMoof V last October, it did so partly to challenge existing policies around electric bicycles.

In most of Europe, electric bicycles are largely limited to slow speeds of just 25 km/h (15.5 mph).

But the VanMoof V concept was unveiled with a top speed of 31 mph (50 km/h) thanks to a pair of 500W motors. The company says that the bike will be capable of power and speed limiting to match local regulations in each country. But there remain few places where the e-bike would be street legal in its unlocked power mode.

VanMoof cofounder Ties Carlier elaborated at the time of the launch, saying:

The VanMoof V is our first hyperbike, an e-bike dedicated to higher speed and longer distance. I believe this new type of high-speed e-bike can fully replace scooters and cars in the city by 2025.

We’re calling for policies designed around people, rethinking how public spaces can be used if not occupied by cars. I am getting very excited thinking about what a city could look like in the near future, and we are very proud to be part of the change by building the right tools for the transition.

The move follows a trend we’re seeing more of lately: companies pushing for more inclusive electric bicycle registration that allows for higher-performance e-bikes that are more capable of fast and efficient on-road transportation. BMW did something similar with its own high-speed electric bicycle project last year, and more companies are pushing the limits of electric bicycle performance.

In VanMoof’s case though, this wasn’t just a design exercise. The company says it will actually deliver the bike this year. They initially opened reservations as an invite-only affair for existing VanMoof bicycle customers.

So far, 10,000 have apparently already placed a reservation for the $3,598 electric bicycle. Germany leads the market with a third of the reservations, followed closely by the US and the Netherlands.

To be fair, $20 buys you a registration, so it’s not like people are risking their paychecks here. Even so, it shows that there is huge demand for higher-speed electric bicycles like these.

Getting such a large number of reservations in such a short period of time shows the incredible public appetite for a true car replacement in our everyday city lives. With traffic levels now back up to pre-pandemic figures this mass turning point can’t come soon enough. We’re so excited at the fresh potential this bike represents. The V will upend the hierarchy of our roads.

Now VanMoof says they will be opening up reservations to the general public on February 8.

True to VanMoof’s design legacy, the company has been sure to build a bike that isn’t just fast, but also feature-rich.

Lighting will be built into the frame instead of bolted onto it, in a move that again invokes more of a motorcycle design than traditional electric bicycle construction. In addition to a headlight and tail light, frame lighting appears to run along the side of the top tube.

The battery is only expected to be a 700 Wh pack, which would be fairly large by most electric bicycle standards but falls on the smaller end for high-speed electric bikes that consume more energy. Considering that VanMoof is hiding the battery inside the bike’s frame instead of bolting on a larger battery, the 700 Wh is still fairly impressive capacity.

The company continues to roll out new features for the VanMoof V.

Just today, VanMoof announced a new integrated phone holder that centers a user’s phone over the handlebars more like an electric motorcycle’s display.

This will allow riders’ phones to be incorporated as a screen and dashboard and provide an intuitive visual reference for updates from the V’s onboard computer. With hardware and software design ongoing for over a year already, new product details are constantly being refined and developed ahead of the bike’s release – expected by the end of 2022.

You can see the design in the short clip below.

I love the VanMoof V, both for its striking appearance and for what it represents: a new wave of higher-performance electric bicycles.

I know this will be controversial, but I think it is an eventuality that we’re all going to need to accept. As more light electric motorcycles enter the market and electric bicycles increase their own performance levels, the line between them continues to blur.

And since these are such important transportation solutions that help reduce car use, reduce energy use. and clean up our cities, I think that is a huge benefit for everyone.

That being said, there are some serious rider responsibility and safety concerns that need to be addressed. I wrote an op-ed about how I believed we needed a new, higher-power class of electric bicycles in the US, perhaps up to speeds of 45 mph (72 km/h), but that it should also come with a special high-speed electric bicycle driver’s license requirement. With great power comes great responsibility, or something like that.

I still believe that standard e-bikes up to 28 mph (45 km/h), which are known as class 3 e-bikes in the US and speed pedelecs in Europe, shouldn’t require a driver’s license. They are an important alternative form of transportation and should have as few hurdles to accessibility as safely possible. But when we start talking about these kinds of speeds on the VanMoof V and others, we are honestly entering moped and light motorcycle territory, and safe riding should be a top concern.

So there are some legal issues to work out here. But as technology develops, that’s what happens. And I think we’re moving in the right direction.

Now I just can’t wait to see a VanMoof V in the flesh!