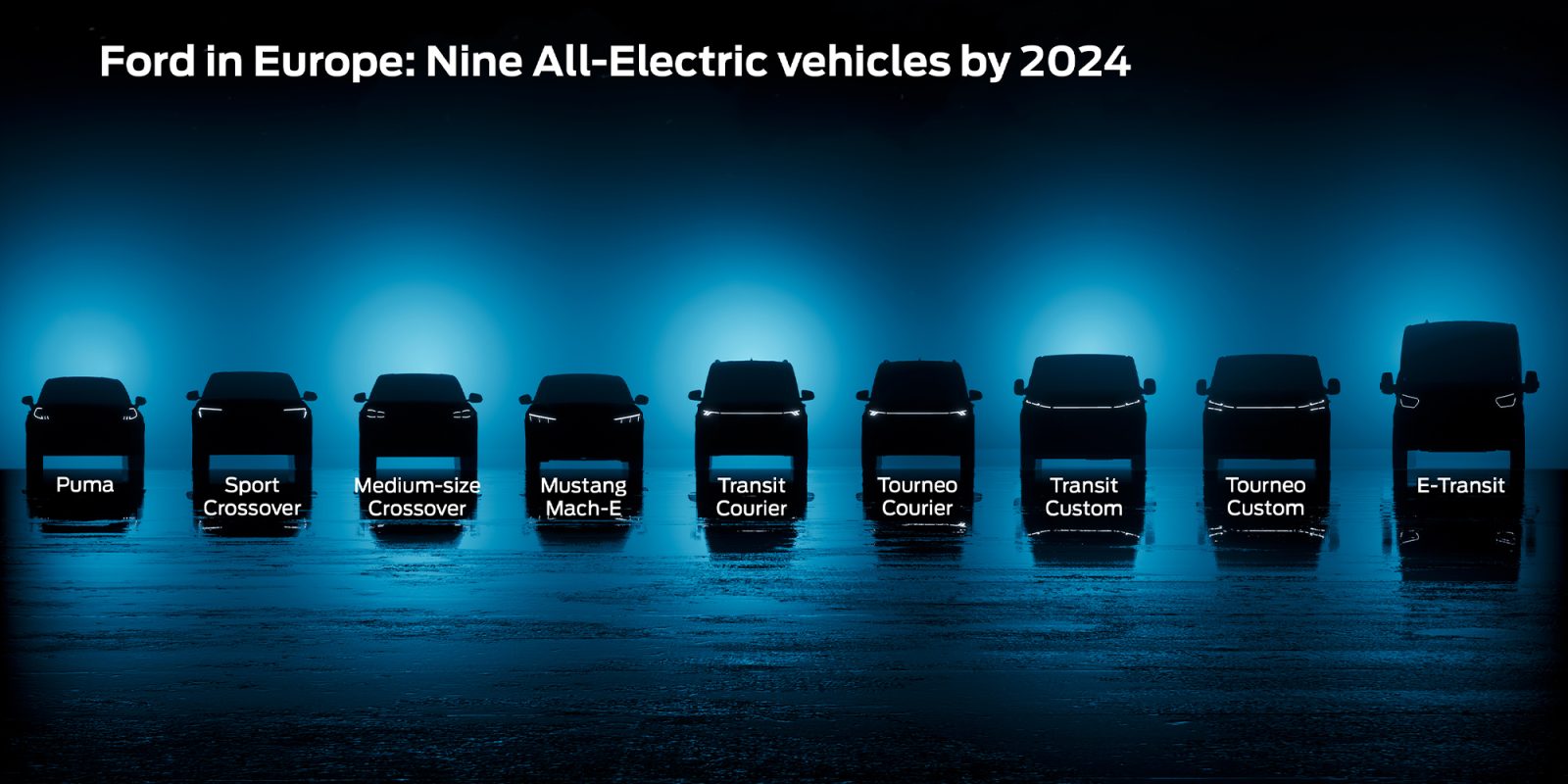 American automaker Ford Motor Company, has outlined plans to expedite its push for EVs in Europe, promising nine all-electric models by 2024, seven of which are new to a lineup that already includes the Mustang Mach-E followed by the E-Transit next quarter. Vehicles from commercial unit Ford Pro, and the recently announced Ford e, combine to further expand Ford EV adoption in Europe.

Although Ford Motor Company was founded in the United States, its 118+ years in autos has led to global expansion, including Ford of Europe, which was established in the late 60s. While the automaker’s presence is long-tenured overseas, its electrified footprint still needs to catch up.

Ford’s Mustang Mach-E crossover made its way across the pond in 2021 and is joined by the Mach-E GT as well as the E-Transit commercial van next quarter. These moves are the start of the recently announced Ford+ strategy, which separates businesses into the “Ford e” division for electrified vehicles and “Ford Blue” for traditional ICE models.

Not to be outdone, Ford of Europe outlined extensive plans to further promote EVs donning the blue oval, including multiple commercial vehicles under its Ford Pro division.

Ford outlined its plan for the expansion of EVs throughout Europe in a press release today that includes a 20-minute video presentation posted to YouTube. Here are some of the key takeaways:

In addition to the details outlined above, Ford also announced a non-binding Memorandum of Understanding (MOU) with SK On Co., Ltd. and Koç Holding to create one of largest commercial vehicle battery production sites in Europe.

According to Ford, the joint venture would take place near Turkey’s capital of Ankara and will produce high Nickel NMC cells for battery array modules. Pending approval, production is intended to start as early as 2025, with an annual capacity expected to be between 30 and 45 GWh.

The battery joint venture includes support from the Turkish Government in addition to investment from the three partners. Stuart Rowley, chair, Ford of Europe, spoke to the latest EV strategy:

Our march toward an all-electric future is an absolute necessity for Ford to meet the mobility needs of customers across a transforming Europe. It’s also about the pressing need for greater care of our planet, making a positive contribution to society and reducing emissions in line with the Paris Climate Agreement.

You can watch Ford of Europe’s EV expansion strategy presentation in its entirety below: