Awesomely Weird Alibaba Electric Vehicle of the Week: Why does this electric garbage truck look so cool?! 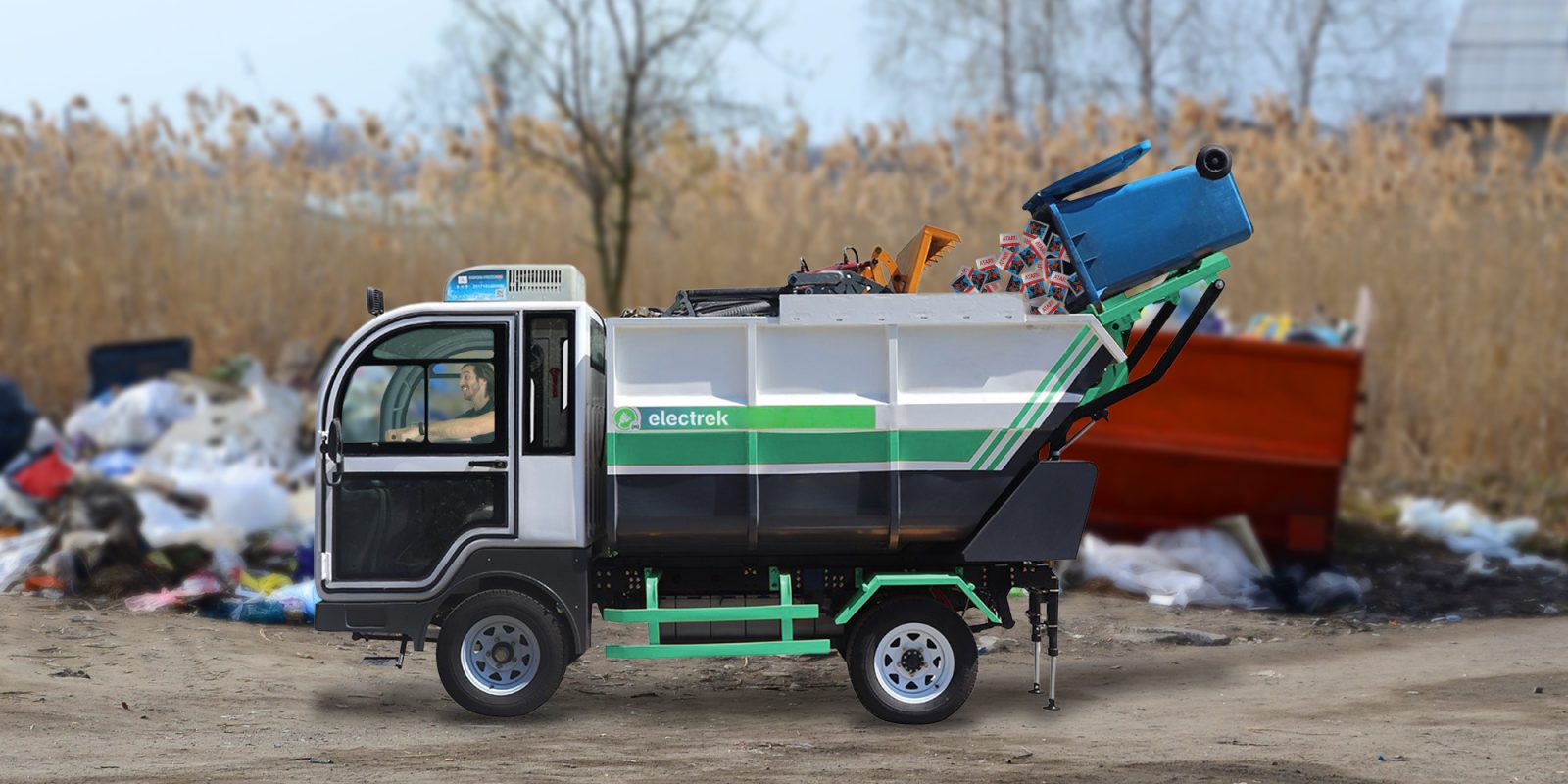 After I had such a good time pretending to operate my own private fire service with the mini electric fire truck I found last week, I think I’ll stick with the municipal services for just a bit longer. And considering the famed high-wages that garbage men are supposed to receive, perhaps its time I bought an electric garbage truck and take this dumpster fire on the road.

The garbage e-truck in this week’s edition of the Awesomely Weird Alibaba Electric Vehicle of the Week will make that keenly possible, and I’ll sure be doing municipal waste collection in style!

Granted, it may not have the same flash or pizazz as an electric fire truck. But an electric garbage truck has its own quirky charm to it.

I can accept the fact that I’ll probably have to give up my chance to appear in the upcoming 2022 Calendar: Sexy Electric Firetruck Operators, and instead, hope for a feature in a tattered pull-out ad of dirty coverall-clad waste management engineers of high ethical and environmental standards.

But that’s just the price I’ll have to pay for operating this awesome electric vehicle, which is sure to turn as many heads as it does trash cans.

While everyone else is showing off in their electric F150 Lightnings and their shiny new Rivians, I’ll have the rarest e-truck of them all: A Chinese mini electric garbage truck.

What’s that? You’ve got a pre-order for a 2024 Chevy Silverado EV electric truck? Congrats on being basic!

Enjoy your excessive, wasteful 350 kW of power! I’ll be the real talk of the town with my ultra-efficient 7.5 kW motor. (Which, by the way, also makes this one of the most powerful electric vehicles ever featured in this column. I don’t know if that should make me laugh or cry).

The real gem in this truck though is its 400A speed controller. With a 72V electrical system, that means it can actually pull a peak of nearly 30 kW from the batteries! Who knew the most powerful electric vehicle on Alibaba would turn out to be a garbage truck?!

There are a lot of accessories to power though, so it’s good to know this garbage truck is a sleeper hot rod.

Not only is there the drive motor that gets this aerodynamic equivalent of a brick wall up to 35 km/h (22 mph), but there’s also a complete hydraulic system for all of the garbage-related duties. The remote control, which you can see being operated in the video below, seems to have more functions than the remote to my parent’s old VCR. There are hydraulic actuators everywhere performing tasks like trash grabbing, trash lifting, trash dumping, and trash compacting. Basically, it’s a lot of trash manipulation.

The whole trash dance takes a claimed 30 seconds, meaning you could bang out most of the neighborhood by lunch. Though good luck keeping your appetite after the first day on the job.

I’m not sure what the going rate for trash collection services is, but this type of specialized work can’t come cheap. This might be a lucrative racket.

I’ll bet that in a few short weeks, you could pay off the $13,000 purchase price for this fancy little garbage collector. From there on out, it’s all gravy, baby!

I’m not quite sure what the range is from the 14.4 kWh battery pack. But if a Zero electric motorcycle can do 100 miles (160 km) easily on an identically-sized battery pack, then that at least ballparks it for us.

If I ever really needed to buy an electric garbage truck, this would be the company I go with.

They seem like a pretty professional outlet and have a pile of these lined up, ready to go.

It wouldn’t even be the weirdest thing I’ve bought from China, at least not yet.

As much fun as it would be, I’m not sure I’d recommend anyone actually try and pick one of these up yourself. Even though I’ve had pretty good luck on Alibaba, it’s a brave (or foolish) man’s game. You never know what you’re going to get, though I think most people buying a mini-electric garbage truck on the largest Chinese shopping site would be going into it with pretty loose expectations.

Instead of risking a few paychecks on one of these, why don’t we all just enjoy window shopping with some of the other fun Awesomely Weird Alibaba Electric Vehicles of the Week that I’ve featured previously!