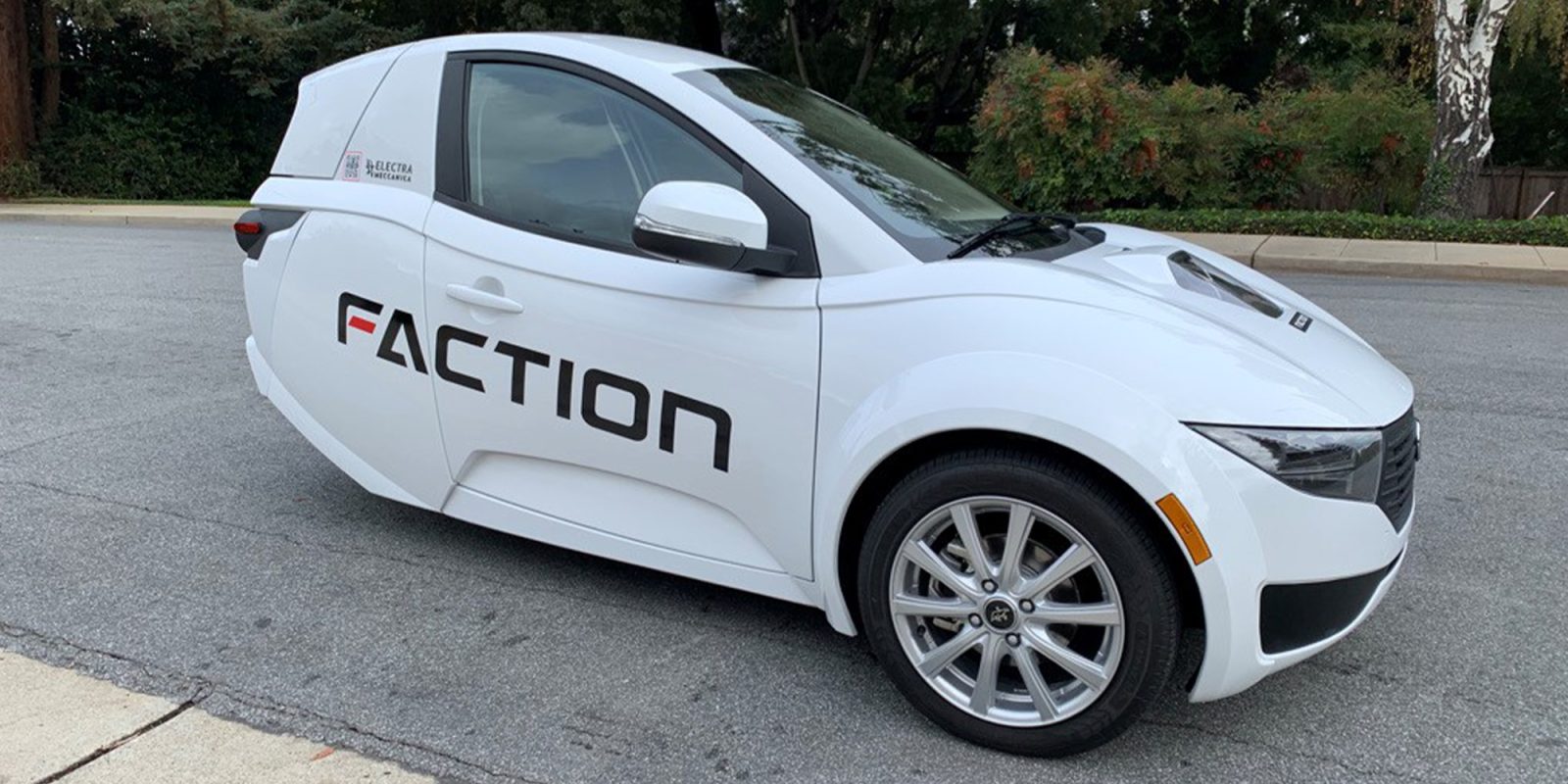 Compact EV manufacturer ElectraMeccanica has announced a new partnership with autonomous technology startup Faction Technology, Inc. Through the partnership, ElectraMeccanica will provide its SOLO EVs to a pilot program that will test Faction’s self-driving platform as it relates to autonomous food deliveries and vehicles on demand.

ElectraMeccanica Vehicles Corp. ($SOLO) is an EV designer and manufacturer based in Vancouver, BC and has been working since 2015 to deliver its three wheeled, single-passenger EV called the SOLO.

The SOLO EV was specifically designed with commuting and deliveries in mind, as its compact size makes it perfect for urban driving conditions, although its 100-mile range and 80 mph top speed allows for travel as well.

Could autonomous deliveries be coming to the SOLO EV?

ElectraMeccanica and Faction Technology sure hope so. The new partnership was recently announced via press release from the SOLO EV manufacturer, outlining some terms of the collaboration.

The non-binding partnership agreement with Faction Technology, Inc. includes ElectraMeccanica delivering three of its SOLO EVs to date as part of a pilot program in which Faction will integrate its autonomous driving AI into the vehicles. As part of a memorandum of understanding between both companies, ElectraMeccanica will work to expand the pilot deployment up to 24 SOLO EVs over the course of the next year.

Faction said the SOLO EVs are part of an autonomous test pilot program that is currently underway with customers in both the food deliveries and vehicle on demand verticals. Faction founder and CEO Ain McKendrick spoke to the partnership:

We have been impressed with our SOLO EVs and this partnership will help to further expand the future of urban mobility. The SOLO EV is an excellent candidate for Faction’s mission to right-size urban delivery and transportation, well suited for our unique approach to combine driverless technology with lightweight vehicle systems. We are excited to move toward implementing our driverless and remote vehicle operation technology into several SOLO EVs in the coming months so that we can begin real world testing and data collection.

The CEO also pointed out that there is no logical reason as to why a full-sized sedan is needed to deliver a pizza (one of the main appeals of using a compact, single-seater like the SOLO EV.) Kevin Pavlov, CEO of ElectraMeccanica, elaborated on the potential of the autonomous delivery technology:

We believe Faction’s technology is essential in the evolution towards full autonomous driving, enabling vehicles to deliver cargo through a combination of autonomy and a remote worker using teleoperations to assist. We look forward to working with the team at Faction to test our vehicle with its technology platform and to promote urban micro delivery.