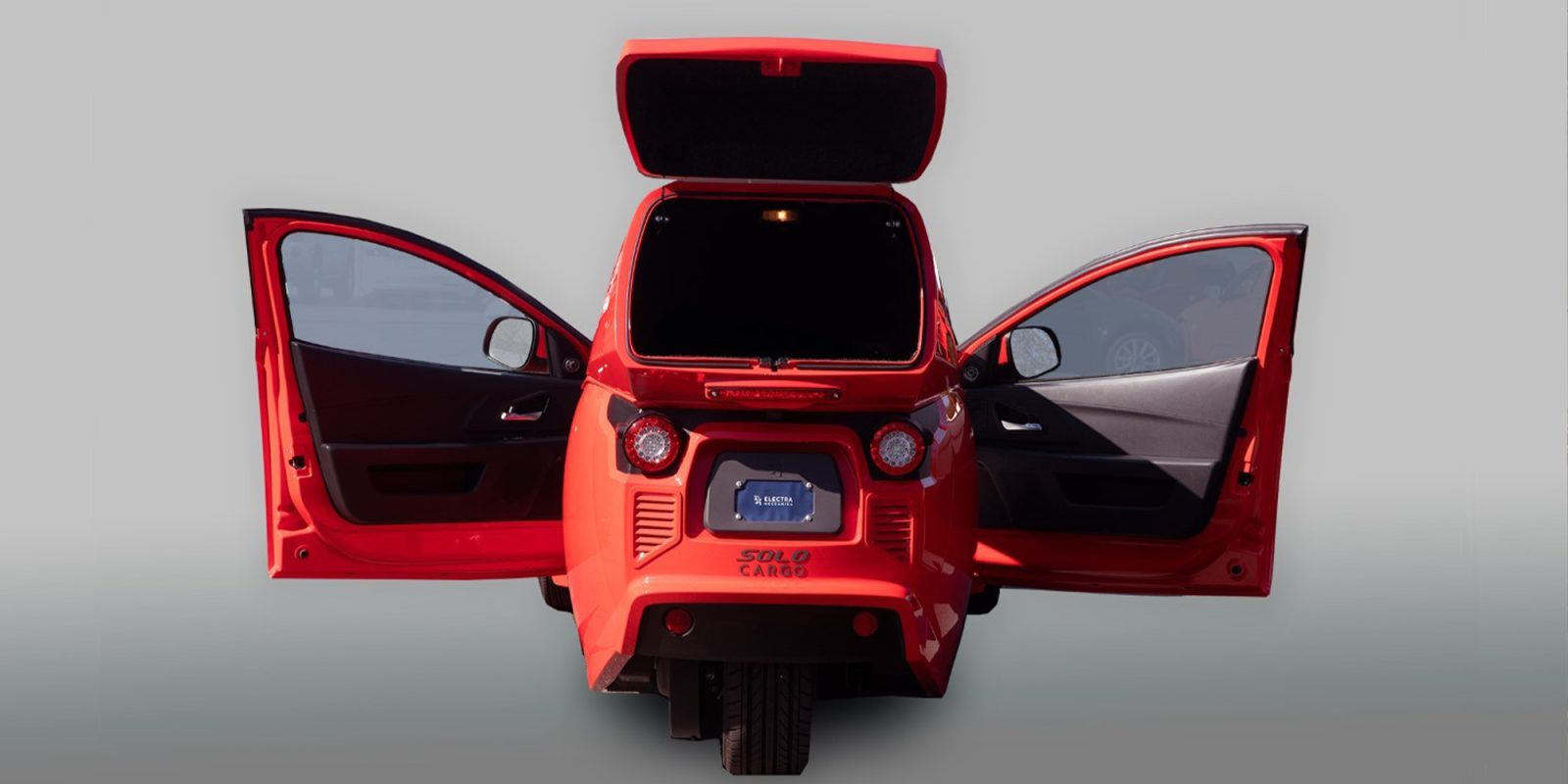 Following customer deliveries of its flagship SOLO EV last fall, compact electric vehicle manufacturer ElectraMeccanica has shared a delivery timeline for the upcoming Cargo version of the SOLO. Later this year, both commercial and fleet customers will see the new SOLO EVs delivered with over twice the cargo capacity.

ElectraMeccanica Vehicles Corp. ($SOLO) is an EV designer and manufacturer based in Vancouver, BC. The company’s predecessor, Intermeccanica, has been building high-end specialty cars for over 61 years, but the all-electric iteration has been working since 2015 to deliver its three wheeled, SOLO EV.

The SOLO EV was specifically designed with commuting and deliveries in mind, as its compact size makes it perfect for urban driving conditions. That being said, its 100-mile range and top speed of 80 mph allows for highway travel as well.

At the 2021 ACT Expo last fall, ElectraMeccanica introduced the SOLO Cargo EV, a modified version of its flagship vehicle with an expanded rear to double the cargo space for both commercial and fleet drivers.

Last October, ElectraMeccanica began delivering the standard size SOLO EVs to customers at an event in California. As we enter 2022, the automaker has shared a better timeline on when SOLO Cargo customers can expect to see their EV deliveries.

ElectraMeccania announced its delivery window in a recent press release alongside an update of the EVs progress from the company’s CEO, Kevin Pavlov whose name may ring a bell:

The SOLO Cargo EV is purpose-built for light commercial fleets seeking a cost effective and sustainable approach to delivery with space for a single driver and enough cargo room to support an efficient delivery operation. Early prototype SOLO Cargo vehicles have been deployed in several exciting applications throughout California and Arizona, receiving positive feedback from customers. Through these efforts, we have garnered significant indications of interest from our fleet industry outreach. We are excited to begin offering this new version and expanding our addressable market into the highly promising commercial and fleet space.

When the SOLO Cargo EV arrives next quarter, it will provide 11.8 cubic feet of cargo space, compared to five cubic feet on the standard SOLO. The Cargo version will also come with a number of features to support commercial applications such as a bulkhead separating the driver from the cargo, a folding interior floor panel, cargo netting, and a telematics enabled device.

In March of 2021, ElectraMeccanica announced it had chosen Mesa, Arizona as the site of the US production facility for its SOLO EVs. The facility is scheduled to be completed this summer, and will have the capability to produce 20,000 vehicles per year.

The SOLO Cargo EV is currently available for order at a starting MRSP of $24,500.