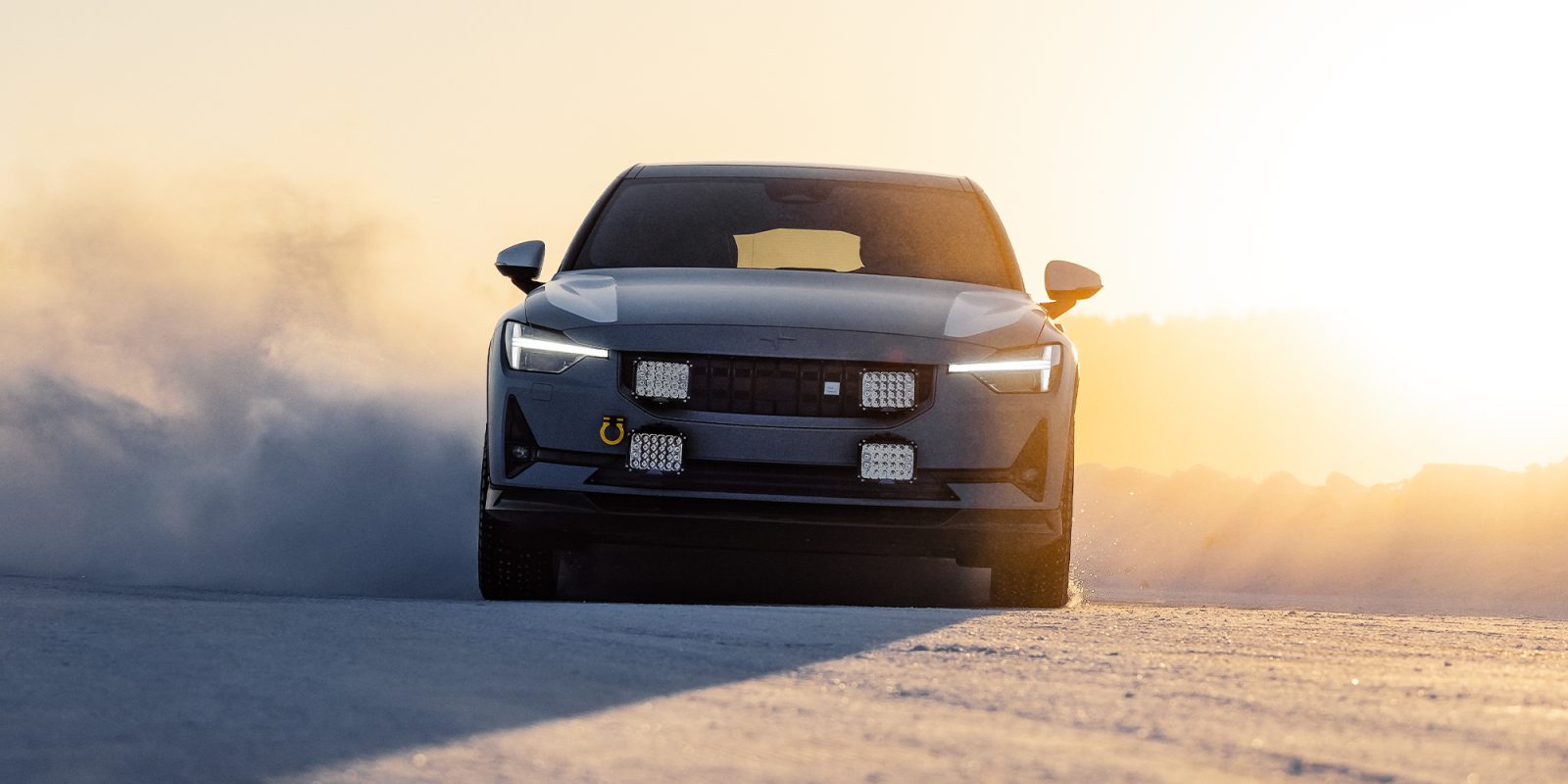 Swedish EV automaker Polestar recently gave a nod to its especially cold engineering environment by developing a special version of its Polestar 2 to analyze its dynamics in the Arctic. The one-off performance-oriented Polestar 2 was tested on snow and ice to help the team develop and fine-tune future EVs from the brand… it’s also cool as hell to watch.

Polestar is a growing premium Swedish EV auto brand, launched in 2017 as a new venture co-owned by Volvo Cars Group and Geely Holding. While the automaker currently only offers two electrified vehicles: the PHEV Polestar 1 and the all-electric Polestar 2, there are three more on the way.

This includes Polestar’s Precept concept, which will enter full-fledged production as the Polestar 5, as well as a Polestar 3 SUV later this year, and a Polestar 4 SUV in 2023.

2021 saw model year updates to the Polestar 2 in Europe, followed by a new Long Range, Single Motor trim for North America, offering 270 miles of range – a 37-mile increase compared to the 2021 model.

As Polestar continues to develop its next three electric vehicles, it is using creative and stylish techniques to showcase its fine-tuning of its vehicle dynamics, especially as EV adoption will prompt more and more drivers to drive in tough winter conditions.

Each winter from December to March, Polestar conducts intense winter testing in the Arctic Circle, over 66-degrees north in Polcirkeln, Sweden. It is here that engineers push the limits of what Polestar prototypes can achieve.

This year, the Swedish automaker tested a unique, performance-oriented “Arctic Circle” version of its Polestar 2, led by chief chassis engineer and trophy winning rally driver Joakim Rydholm. He spoke on the development approach:

Tuning a chassis on snow and ice allows us to develop our cars in what feels like slow motion and with better accuracy. With such low levels of grip, we can feel and analyze the dynamics at a much slower pace than on tarmac, which means we can really fine-tune the way our cars behave, down to the smallest details. These are my absolute favorite conditions to develop cars in.

The performance Öhlins dampers were specially designed and tuned for the Arctic Circle Polestar 2, and includes springs 30% softer than those found on the consumer model. While the front and rear strut braces were custom fitted to increase torsional rigidity and steering responsiveness, the Performance Pack Brembo front brakes match that of the production EV.

Because the automaker is known for its attention to the complete aesthetic, the Arctic Circle Polestar 2 is equipped with carbon fiber snow shovel and a recovery strap in the rear too. On its outside, the one-off Polestar 2 has rally-inspired matte grey and white paint, Stedi Quad Pro LED front lights, and a carbon fiber skid plate. Rydholm again, spoke:

I wanted to have more fun than usual with this car – really being able to push it in terms of performance and handling in a winter environment like a frozen lake. The balance and predictability we have achieved with the raised ride height and specialized tires are particularly noticeable when you enter a bend completely sideways, with a bigger-than-usual smile on your face, and in total control.

While the Arctic Circle Polestar 2 is a showcase vehicle that won’t see production, some of the tuning and dynamics learned up north could very well make their way into future Polestar EVs. You can check out footage of the winter testing below: