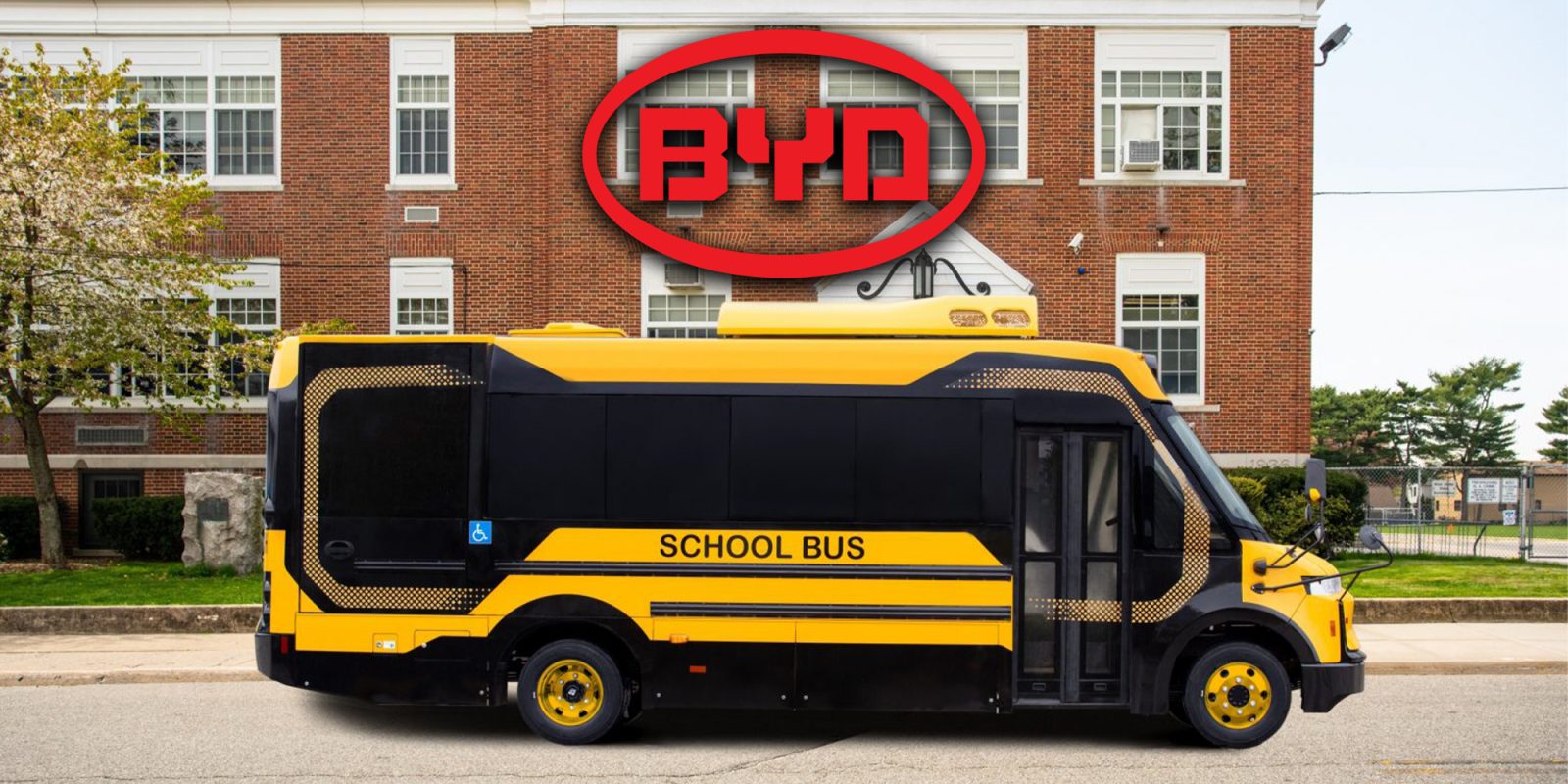 Chinese mobility manufacturer BYD has introduced its new “Type A” electric school bus to transport up to thirty US students at a time. Furthermore, the new zero-emission bus is ADA capable up to 800 lbs and can travel 140 miles on a single charge. What may be most appealing to school districts, however, is the vehicle-to-grid (V2G) capabilities BYD’s Type A school bus will provide.

BYD is an acronym for “Build Your Dreams,” a motto the Chinese automaker has followed since 1995 when it was founded. BYD Auto, the subsidiary of BYD Co. Ltd. will be celebrating its 20th anniversary next year, as it sits as one of the largest auto manufacturers in China. In 2021, BYD produced over 320,000 BEVs, second in the country only to SAIC.

In addition to manufacturing unique “blade” EV batteries, BYD Auto develops and manufactures electric cars, buses, trucks, bicycles, and even forklifts – under its own monicker as well as for other OEMs like Toyota.

Last June, we covered BYD’s entry into the US school system with the debut of its Type D electric bus, complete with bi-directional charging capabilities. The Type D bus comes in lengths of 35, 38, and 40 feet and can transport up to 84 passengers, traveling 155 miles on a single charge. At the time, the president of BYD North America, Stella Li spoke:

We are raising the bar for design, innovation, range, and quality, giving parents peace of mind knowing their children are benefitting from the safest school bus anywhere. At the same time, our buses will give operators the performance and cost savings that will make migrating to zero-emission technology affordable and practical.

With its latest announcement, BYD has announced a new, smaller electric bus that will soon be providing safe transportation (and power) to US schools.

BYD’s Type A electric school bus was recently announced via a press release, alongside further specs. It comes in smaller length options than the aforementioned Type D bus – 26.7 ft, 24.5 ft, and 22.9 ft, ideal for routes with fewer students (up to 30) and those with disabilities.

The Type A bus gets its power from a lithium iron phosphate (LFP) battery, which can recharge at two different rates. This includes 150 kW DC fast charging as well as 19.2 kW single-phase AC charging.

Just like our Type D bus introduced last year, our Type A bus bi-directional charging capability is a game changer. School buses can be charged overnight when energy demand is low, and clean emission free energy can be fed back into the classroom during school hours when the bus is parked keeping classrooms well-lit and students and teachers plugged-in.

No word yet on when we might see the new Type A bus in operation at US schools.