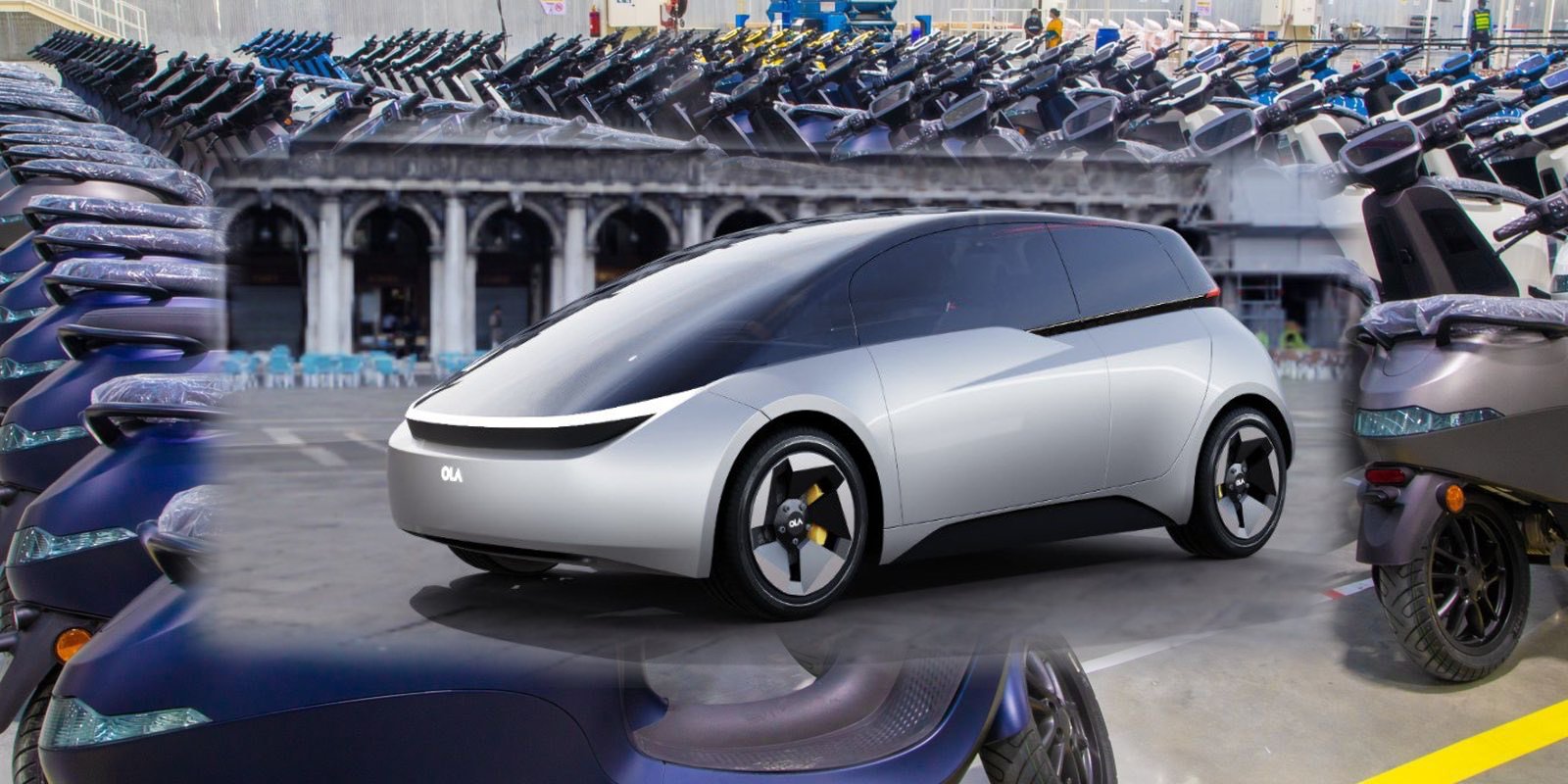 India-based Ola Electric made a splash with its high performance and low cost S1 Pro electric scooters, which are now taking India by storm. With its sights set on global expansion, the company announced today that it is opening a new R&D center in the UK for both two-wheeled and four-wheeled electric vehicle development.

Ola’s first electric scooter model, the S1 Pro, was largely based on a Dutch design.

Netherlands-based Etergo ran into funding troubles before it could produce its highly-anticipated AppScooter, so Ola swooped in and bought up the design before producing the scooter itself.

The company has already expressed interest in developing other electric vehicles on both the higher and lower end of the performance spectrum. The latest move of opening a global R&D center shows that Ola is intent on making real progress towards that goal.

The new facility, known as the Ola FutureFoundry, will be based in Coventry and complement the work being performed by Ola’s team in Bangalore.

Ola expects to staff the FutureFoundry with 200 designers and automotive engineers, as well as to invest £100 million in the center over the next five years.

As Ola CEO Bhavish Aggarwal explained in a statement provided to Electrek:

“At Ola we are building the future of mobility and continue to attract the best global talent across disciplines. Ola Futurefoundry will enable us to tap into the fantastic automotive design & engineering talent in the UK to create the next generation of electric vehicles. Futurefoundry will work in close collaboration with our headquarters in Bangalore, India to help us build the future of mobility as we make EVs affordable across the world.”

Earlier this week we got our first glimpse of how a potential four-wheeled electric car from Ola might look.

Aggarwal shared a rendering on Twitter that revealed a sleek, streamlined electric car that seemed to take design influences from many popular electric cars of today.

We haven’t heard any specific timeline from Ola regarding the development or release of an electric car, but the company has expressed intent to include four-wheeled electric vehicles in its manufacturing for some time now.

The new design center will likely be an important step towards Ola’s development of four-wheeled electric vehicles, as the company’s Vice President of Vehicle Design Wayne Burgess explained:

“We want to create a world class design and R&D team with global sensibilities. Ola Futurefoundry is an important step in building a multi-disciplinary team that is agile, flexible, and responsive to the various needs of our consumers around the world. We are setting up in Coventry a global epicenter of automotive and technology talent. Futurefoundry will supplement and collaborate with our core team in Bangalore, India to deliver exciting new EVs across two-wheeler, four-wheeler, and other form factors.”

Unlike most electric vehicle manufacturers in India that produce solely for their domestic market, Ola set its sights on exports from nearly day one.

The company even claimed last year that it would be sending its 70 MPH S1 Pro electric scooters to the US this year, though it remains to be seen if delays in production will impact that aggressive timeline.