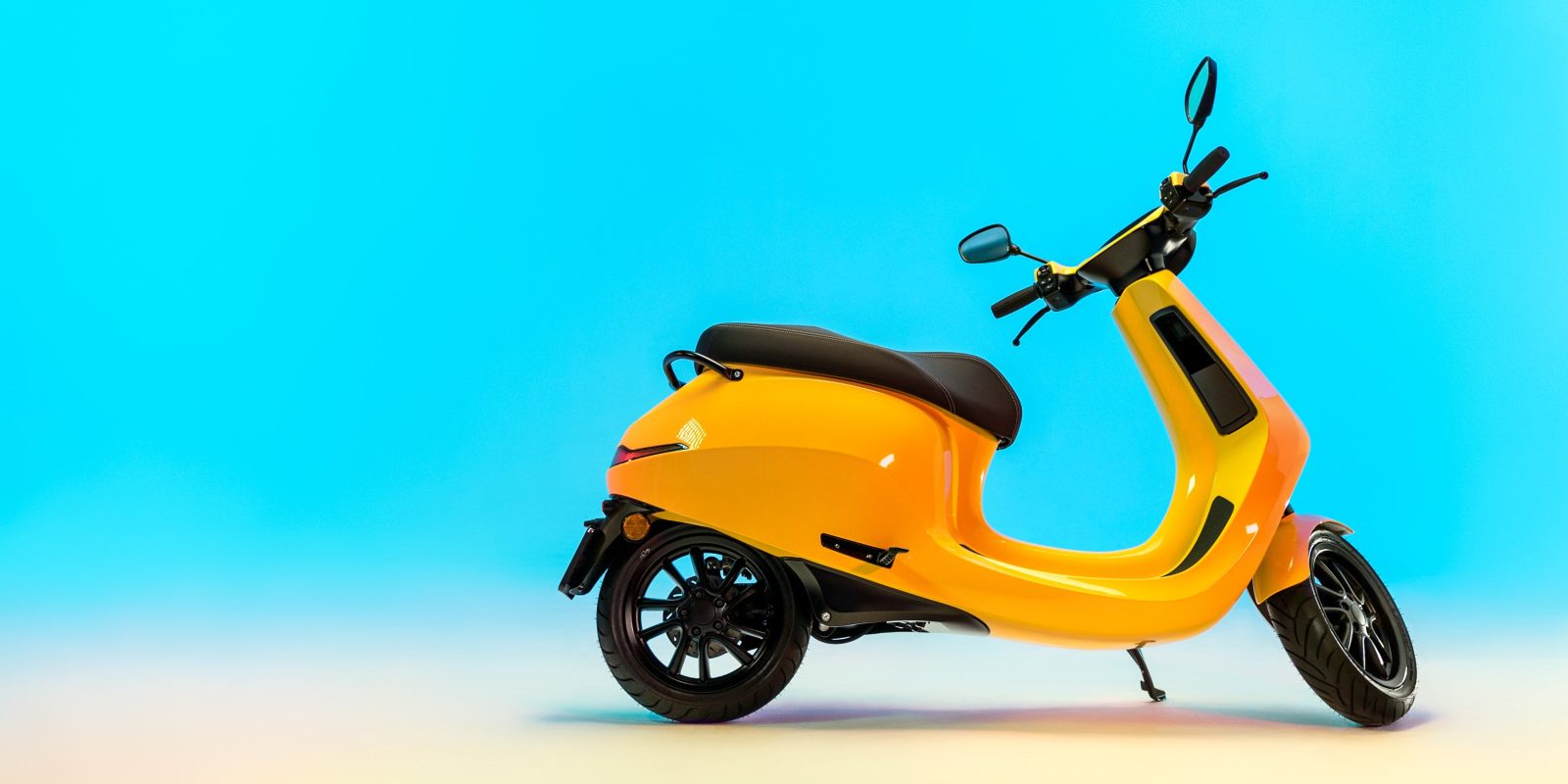 Dutch electric scooter company Etergo (formerly Bolt Mobility) just landed a €10M investment. The company is in the final stages of production preparation and will use the funding for production of their high tech, innovative and long range electric scooters.

Etergo announced that the €10M investment came from a German automotive company:

“We just signed and closed the contract for an investment of €10 million in Etergo. The investors (whom prefer not to disclose themselves at this time) are the shareholders behind a German Automotive company that has extensive experience in After-Sales & Distribution.”

Etergo has been on a strong funding streak in recent years. This round is the company’s fourth multi-million Euro investment and comes just a year after Etergo crowdfunded €5M to develop the AppScooter. 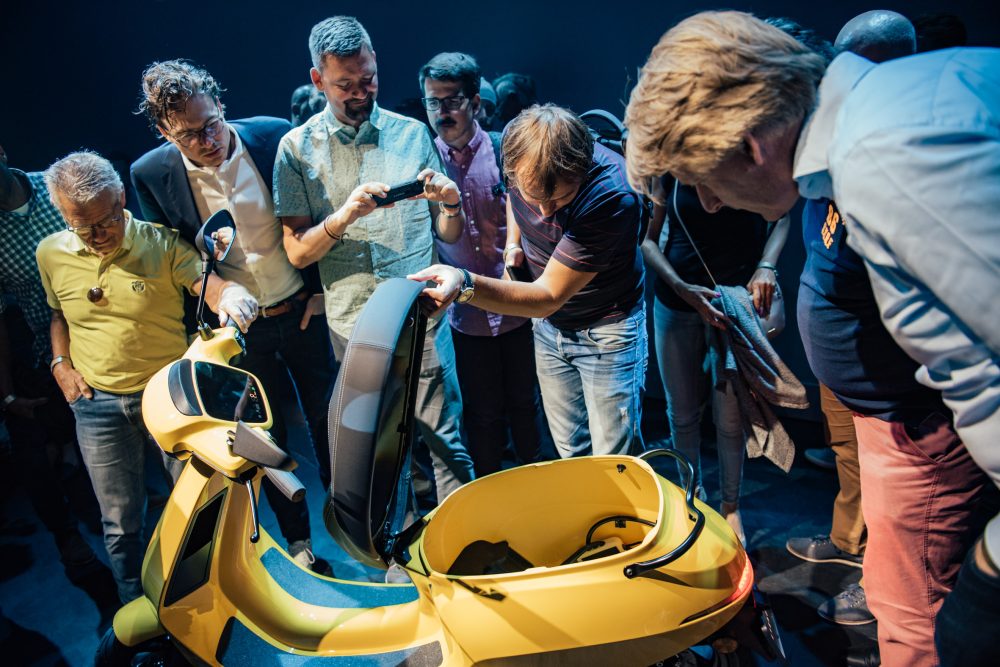 According to CEO and co-founder Bart Jacobsz:

“With this investment we bring in more than just capital. The knowledge and experience of our investor in the field of automotive and service are helping us to roll out the best service network in Europe. We will use this new capital and knowledge to produce a safe, environmentally friendly alternative for air-polluting petrol scooters on a large scale. Firstly in the Netherlands and Germany, but soon after that Etergo will introduce the AppScooter in other countries as well.”

The company plans to begin deliveries in the second half of 2019. Specialized vans will be used to deliver vehicles and provide mobile service options for riders. 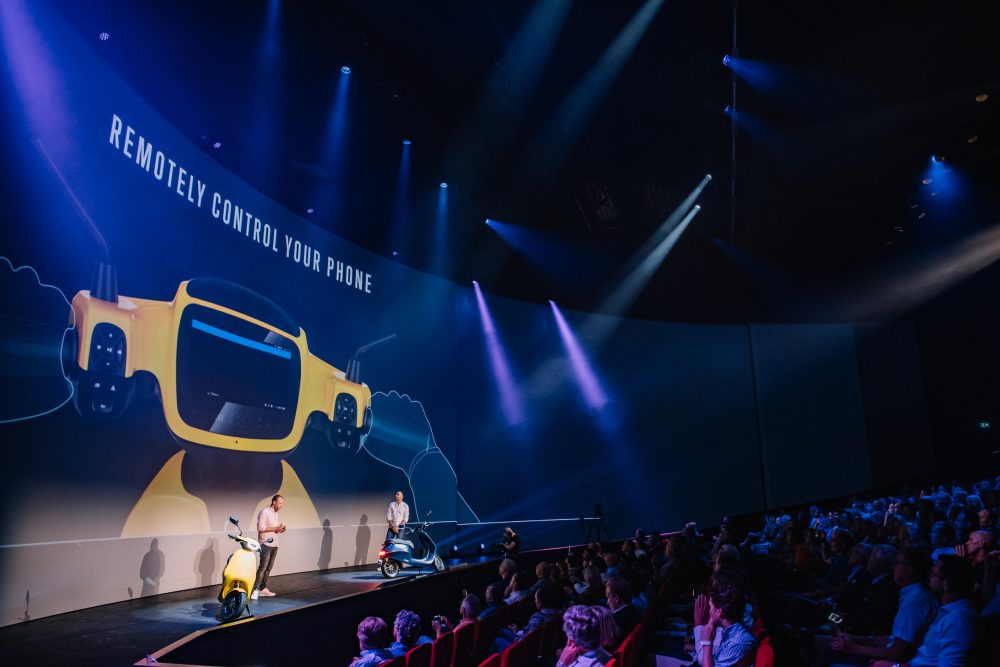 Etergo has been riding a wave of enthusiasm for their AppScooter, with the first few production batches already sold out in the Netherlands, Germany, France and the UK. Early production models are also nearly sold out in Italy, Spain and Switzerland. The company is currently still taking pre-orders for the second and third production batches for €239. The final price of the AppScooter will start at €3,399 (approximately US $3,800).

Etergo is in the final stages of production planning. After touring 60 possible manufacturing partners, the company has narrowed the options to just three remaining factories. Etergo is currently in contract negotiations with the factories as it prepares to shift into production. 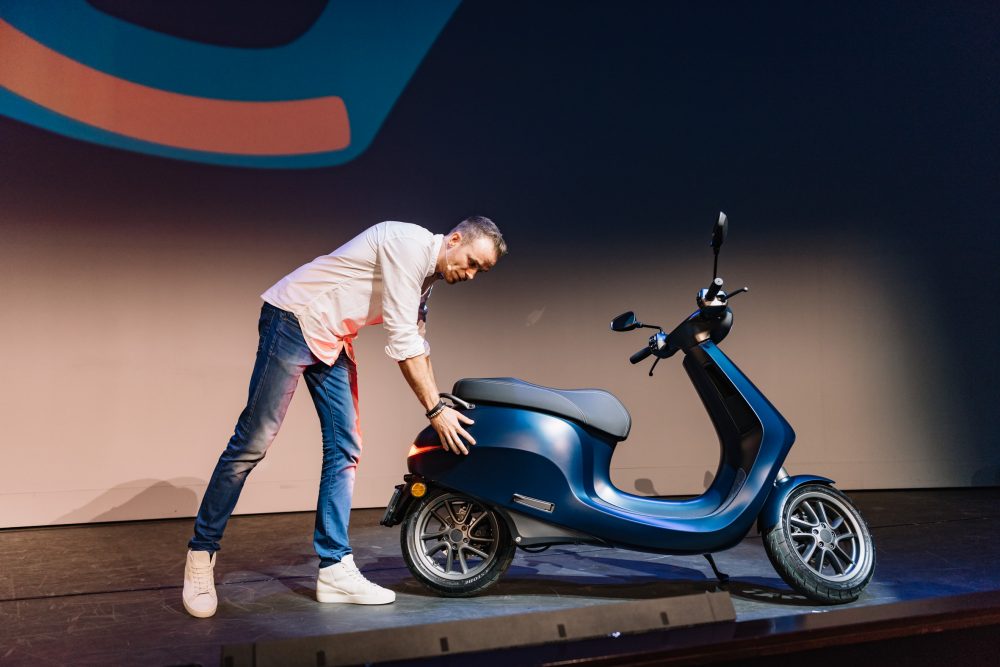 The company has been making some bold claims regarding the AppScooter:

“The AppScooter is expected to be the safest scooter ever built. The vehicle has a range of up to 240 kilometers, can go from 0 – 45 km/h in 3.9s and is equipped with a 7-inch touchscreen and internet connection. With AppScooter’s handlebar controls, drivers can control their phone through Bluetooth, answer calls, stream music and control navigation.”

In addition to performance and connectivity, the 74 kg AppScooter has been designed for utility.

The Dutch are accustomed to using two-wheeled vehicles as their main form of transportation. As such, they need maximum utility. The AppScooter has been designed to offer a surprisingly large amount of storage, even with three modular batteries installed in the scooter. 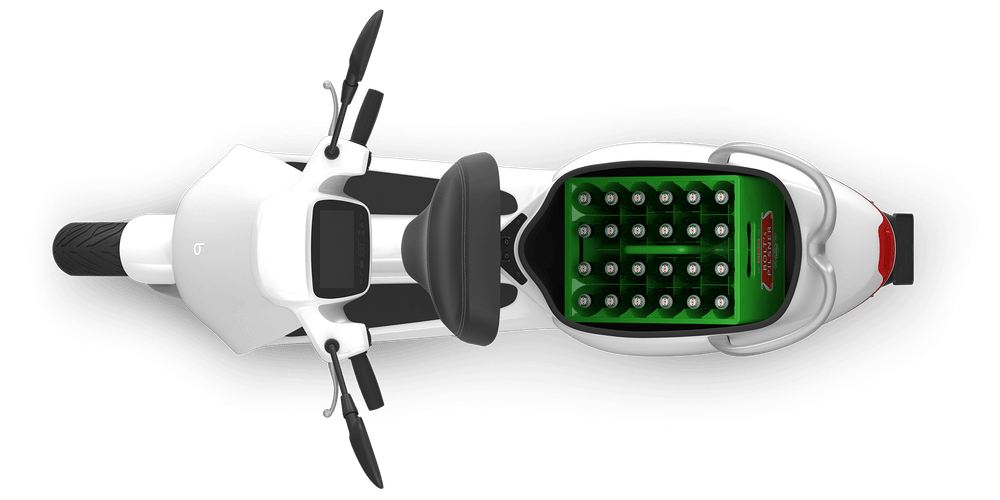 Etergo shows off the cargo capacity of the AppScooter by fitting an entire case of beer under the seat.

While most other electric scooters sacrifice cargo space when adding auxiliary battery packs, the AppScooter’s brilliantly designed 7.5 kg banana-shaped batteries slide down under the floorboard.

The scooter can fit up to three batteries, though it can operate with just one. This lowers the vehicle’s center of gravity and leaves the entire 60L cargo space available.

I’m super excited about the AppScooter. I’ve said it before and I’ll say it again – the AppScooter likely has the best designed battery system of any electric scooter I’ve seen. Etergo’s engineering team deserves huge props.

There are a lot of new electric scooters and electric motorcycles coming out in the next few years, some even planning US entry in the next year or two. But this is one of the models I’m most excited about.

Keep in mind that it’s not the fastest, at just 45 km/h. That means the AppScooter is definitely an urban commuter meant for tootin’ around the city. But if that’s where you plan to drive, then this scooter would be amazing. Its smart features combined with its huge cargo space and awesome battery system would make for the perfect urban electric commuter vehicle. Sure, I appreciate a Tesla Model 3 as much as the next guy. But I still don’t think it takes a 4,000 lb car to drive to the store or coffee shop when you can do the same thing in a 160 lb scooter.

When they’re finally available stateside, sign me up. We’re probably looking at 2020 as the earliest we’ll ever see an AppScooter in the US, at least for driving around. However if you’ll be at CES in Las Vegas next month, you can grab a sneak peak of the AppScooter in the flesh. Not quite the same as driving your own, but hang in there. The two wheeled EV revolution is coming to the US, even if it is taking its sweet time.