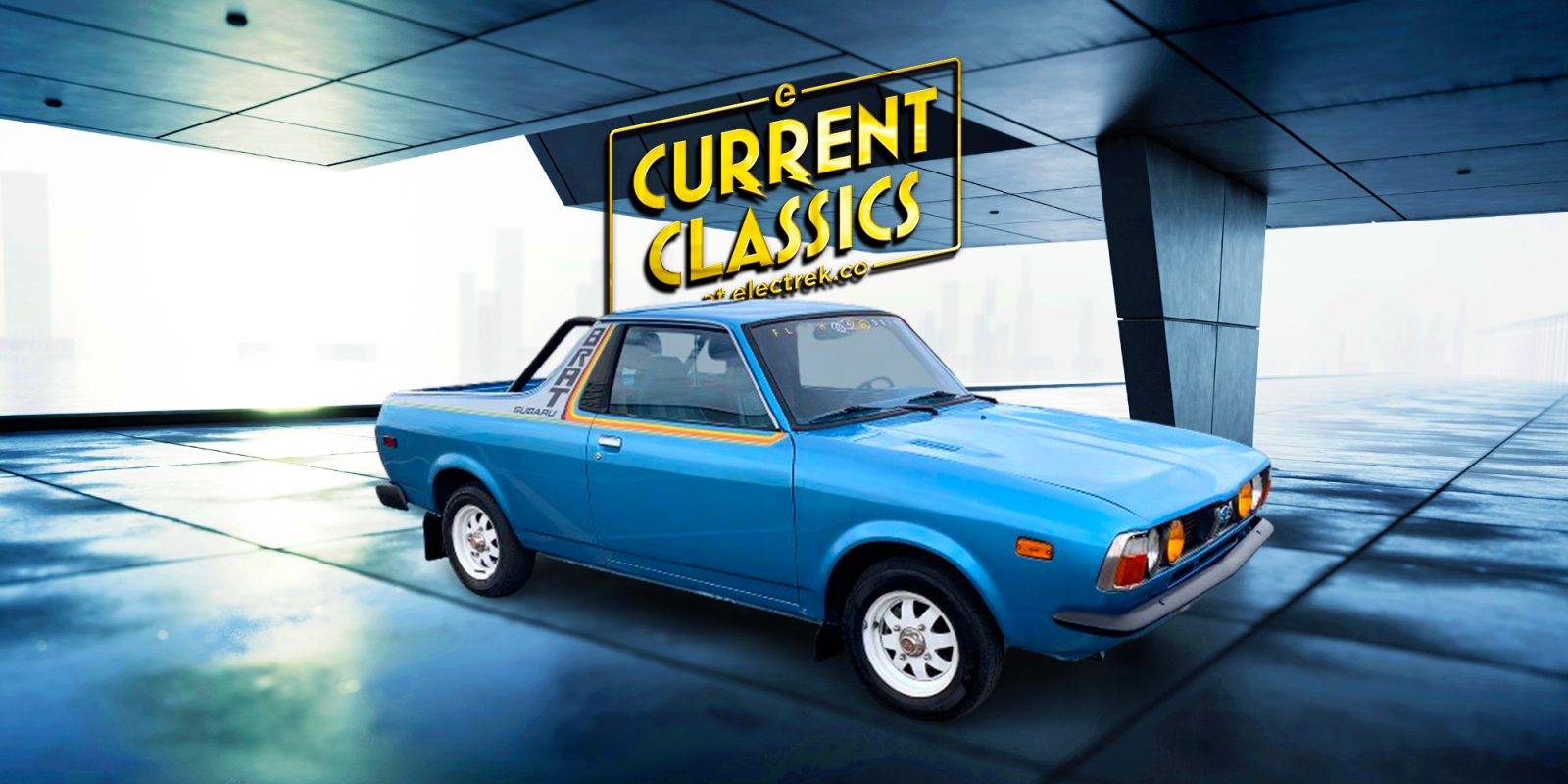 The Subaru Brat was always an acquired taste, even when it was new. If you were ever lucky (?) enough to get strapped into those rear-facing seats in the little all-wheel drive trucklet’s “bed”, though, odds are you fell hard for the little Subie – if that’s you, get ready. This electrified 1980 Brat is going to bring back the love.

The Subaru Brat you see here was built by the brothers at Flash Drive motors, and they’re understandably proud of it. “The Brat is already such a unique vehicle,” said James Fleischman, one of the masterminds of the build. “Making it electric improved it in almost every way … making it into a real blast to drive.”

The Brat is a 1980 model that, when the Flash Drive guys found it, had been sitting in the west Texas sun for the better part of a decade – the dry air kept the bodywork mostly solid, but the sun wreaked havoc on the Subaru’s “Miami Blue” paint and original, malaise-era graphics.

Under the hood, however, the Brat was a real mess. “The radiator was suspiciously missing,” said James. “Leading (me) to wonder what actually made the current owner park the little BRAT.”

The rest of the engine bay was no better. The original, carbureted 1600cc flat-four cylinder engine was a tangled mass of cracked and crimped hoses and rust, and didn’t look like it would ever produce the 63 hp it originally had from the factory.

That would be bad news for any would-be historian, but for an electric donor vehicle? It seemed like the perfect starting point.

James told me the decision to convert the Subaru to electric was an easy one. The NetGain HyPer9 electric motor would nearly double the original flat-four’s original horsepower without the headaches of ongoing maintenance, leaking oil, head gasket issues from overheating, and all the other drama that typically followed these cars.

The Flash Drive guys kept the original four-speed transmission, though – and for good reason! “(We) knew that the BRAT name signifies ‘Bi-dRive, All Terrain’, so 2WD was not an option. We even took the original 4WD badge and had one made in the same font/styling for the tailgate.” (You can see that in the gallery, below.)

Keeping the original, longitudinally-mounted transmission meant the relatively durable drive axles, CV joints, and prop shafts could be kept in place, essentially eliminating the need to re-engineer the entire driveline and suspension system. The end result is a clean engine bay – certainly cleaner and less cluttered than stock!

Now that the all-wheel drive was sorted, it was time to address the other “must-have” for any Brat build. The rear jump seats. “When we built the Brat, two things were deemed unacceptable: losing the rear seats, or the 4wd. A Brat is not a Brat missing either of those features!”

The two brothers kept the jump seats, integrating the five Tesla Model S battery packs (good for “about 100 miles” of range, according to them) cleverly under the bed, more or less where the factory fuel tank would be, while an Orion Battery Management System (BMS) Model 2 keeps track of things and ensures safe operation. Charging is through an ElCon 3.3kW CCS unit.

The performance of the electric Subaru Brat is world away from the original, 63 hp car. Zero to 60 mph times, while not “officially” recorded, are described by James as, “drastically now near that of a muscle car rather than a tortoise.”

Flash Drive describes similarly improved quarter mile times, but tempers that by noting that the Brat’s 4.09 rear gear ratio and 13″ tires limit the car’s top/trap speeds – even with the four speed manual. “However, (we) have achieved the magical 88 MPH just to see what would happen. You are welcome, Doc Brown!”

The Flash Drive guys said it best when they said that, without four-wheel drive, an electric Subaru really couldn’t be a Subaru … after decades of building their brand identity on horizontally-opposed “boxer” engines and all-wheel drive, a 2wd Solterra electric crossover might be a tougher sale than Subaru originally thought!