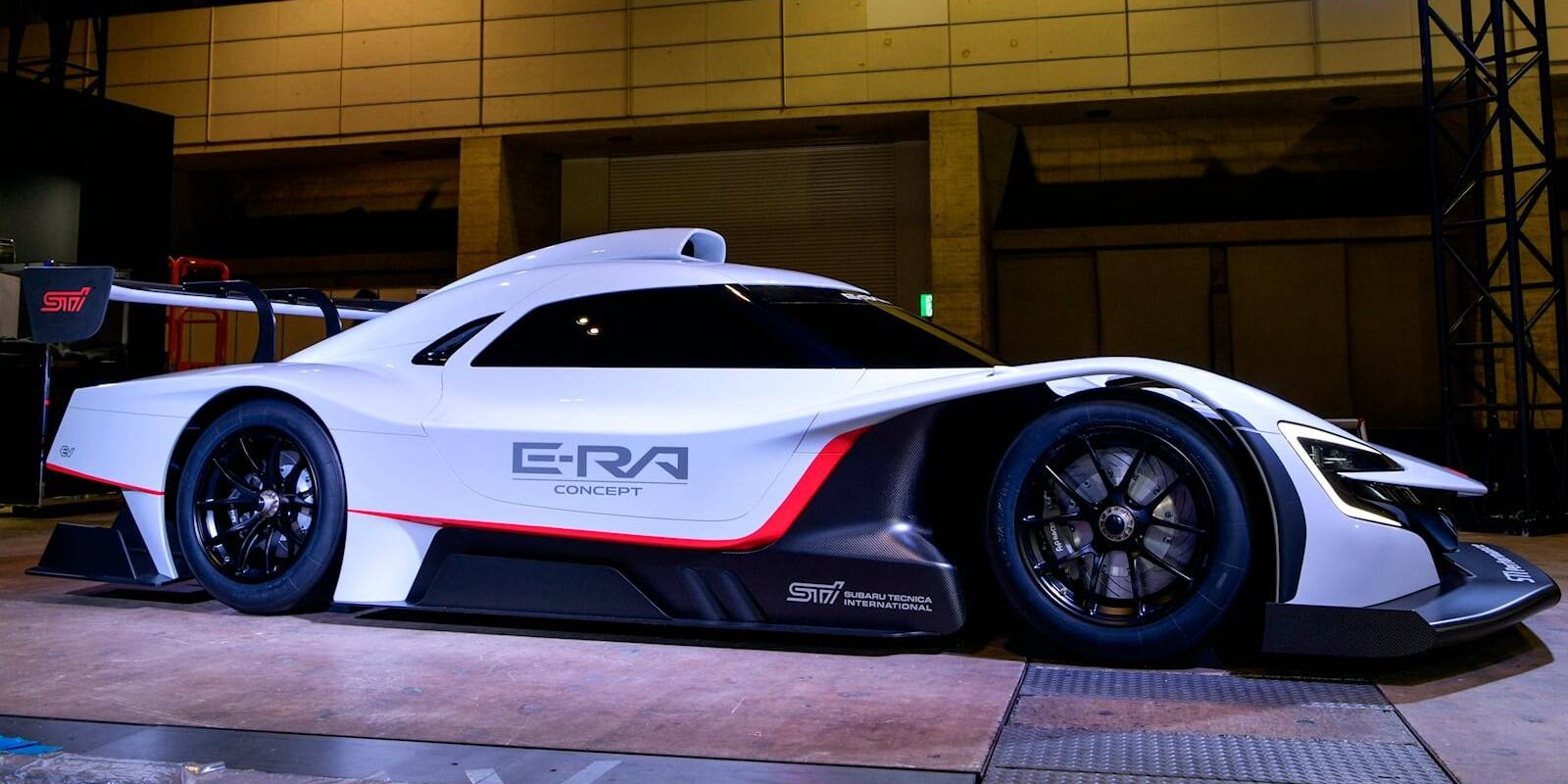 Subaru took the wraps off the all-electric, 1,073 hp STI E-RA concept car at this weekend’s Tokyo Auto Salon. And, while the STI E-RA might not have much in common with any road-going Subarus, that doesn’t mean the concept won’t hit the road.

Subaru says it built the STI E-RA concept to gain “experience and training of new technologies in the world of motorsports in this carbon-neutral era,” and the company has its eye on a clocking record-setting 6 minute, 40 second lap at the Nürburgring’s North Loop sometime in 2023.

If Subaru hits that mark, it will have beaten just about every production-spec internal combustion car that’s ever hit the ‘Ring, and a track record set by Tesla’s Model S Plaid last summer… by nearly a full minute. (!)

To help achieve that goal, the Subaru STI E-RA concept features GT-style, high-downforce composite bodywork that’s wrapped tightly around the wheels. Cutouts in the body help pull air out from the wheel wells and accelerate it towards the towering rear wing, which will work in concert with a carbon-fiber splitter up front, Formula 1-style bargeboards, and (what seems to be) a tall, highly-developed rear diffuser.

It’s got the look

It absolutely looks the business, and – thanks to the 800 kW (1,073 hp) Yamaha-developed electric motors powering the all-wheel drive E-RA concept forward, Subaru has every chance of meeting its stated performance goals.

Building a wild, ultra high-horsepower electric racer and setting it loose on a pack of unsuspecting, ICE-powered cars on a historic racetrack has proven to be a popular way to build up a carmaker’s EV credibility. Volkswagen did it when it sicced the VW ID.R on Pike’s Peak and Goodwood, as did Lotus, Polestar, and Porsche, for that matter. Subaru’s in good company there.

The real question isn’t about Subaru’s engineering chops, then, it’s about the brand’s identity. Put simply: can a brand that’s built its identity on horizontal “boxer” engines and mechanical all-wheel drive systems really be the same brand when its electric offerings don’t have any of those things?

This racer won’t answer that question, but maybe it will drop enough jaws to build a whole new brand identity all its own.