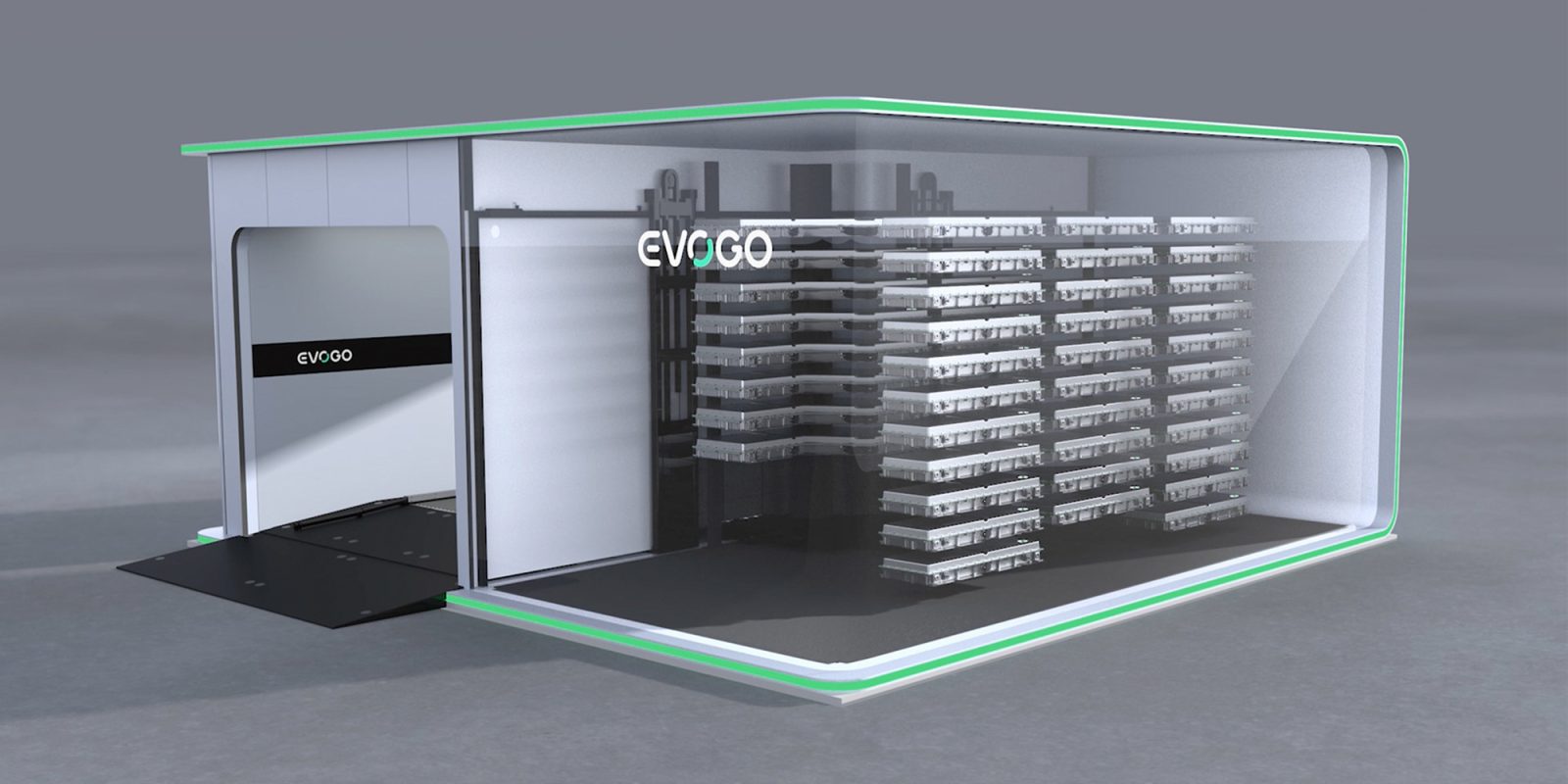 CATL stands for Contemporary Amperex Technology Co Ltd. and is a global energy technology company and the leading EV battery manufacturer in China.

Earlier this week, CATL confirmed it would in fact be entering into the market of battery swaps in China with a new brand called EVOGO, but we didn’t know much else at the time. CATL had been teasing the new brand ‘s logo alongside a countdown leading up to a launch event held in Beijing.

As a global battery manufacturer to some of the biggest names in autos, we figured CATL and CAES would be applying its own technology to the new battery swaps.

However, we weren’t originally sure if the company planned to work alongside other Chinese companies like NIO for instance, who gets EV batteries from CATL, but is also the current leader in battery swaps.

Following the official launch event of EVOGO, we know CATL has larger and more competitive plans for its battery swaps with the help of modular technology from its CAES subsidiary.

CATL already has its own modular EVOGO packs for battery swaps

Through a press release from CATL following its EVOGO launch event overseas, the companies shared pertinent details of their unique approach to battery swap technologies.

In addition to launching the EVOGO brand, CAES unveiled its modular, sharable battery packs called “Choco-SEBs” (swappable electric blocks). Designed to look like a bar of chocolate, these modular, mass-produced packs can achieve a weight energy density over 160 Wh/kg and a volume energy density of 325 Wh/L. CAES states each single block can provide a range of 200 km (124 miles).

To begin, the Choco-SEB’s will be compatible with 80% of global BEV platform-based vehicles on the current market, as well as all BEV platform-based models released in the next three years. This includes Class-A00, Class-B, and Class-C passenger cars, and logistics vehicles.

EVOGO customers will soon be able to enter a battery swap station and choose between 1-3 packs, depending on their intended trip. EVOGO says that only one block is needed for inner-city commuting, while two to three blocks can support longer trips. Drivers can then swap back to one battery block after returning to the city.

What’s better, is that the Choco-SEB’s also support traditional plug charging, so those drivers traveling on battery swaps don’t necessarily need to find another CATL EVOGO station. They can simply plug in somewhere and recharge that way as well.

EVOGO stations for battery swaps will be able to store up to 48 Choco-SEBs on a footprint equivalent to three parking spaces – the company said battery swaps for the single pack will only take one minute.

One thing missing from the press release was any mention of NIO, confirming CATL is paving its own way in battery swaps as a competitor. As reported by CnEVPost, NIO welcomes the battery manufacturer’s entry into the market.