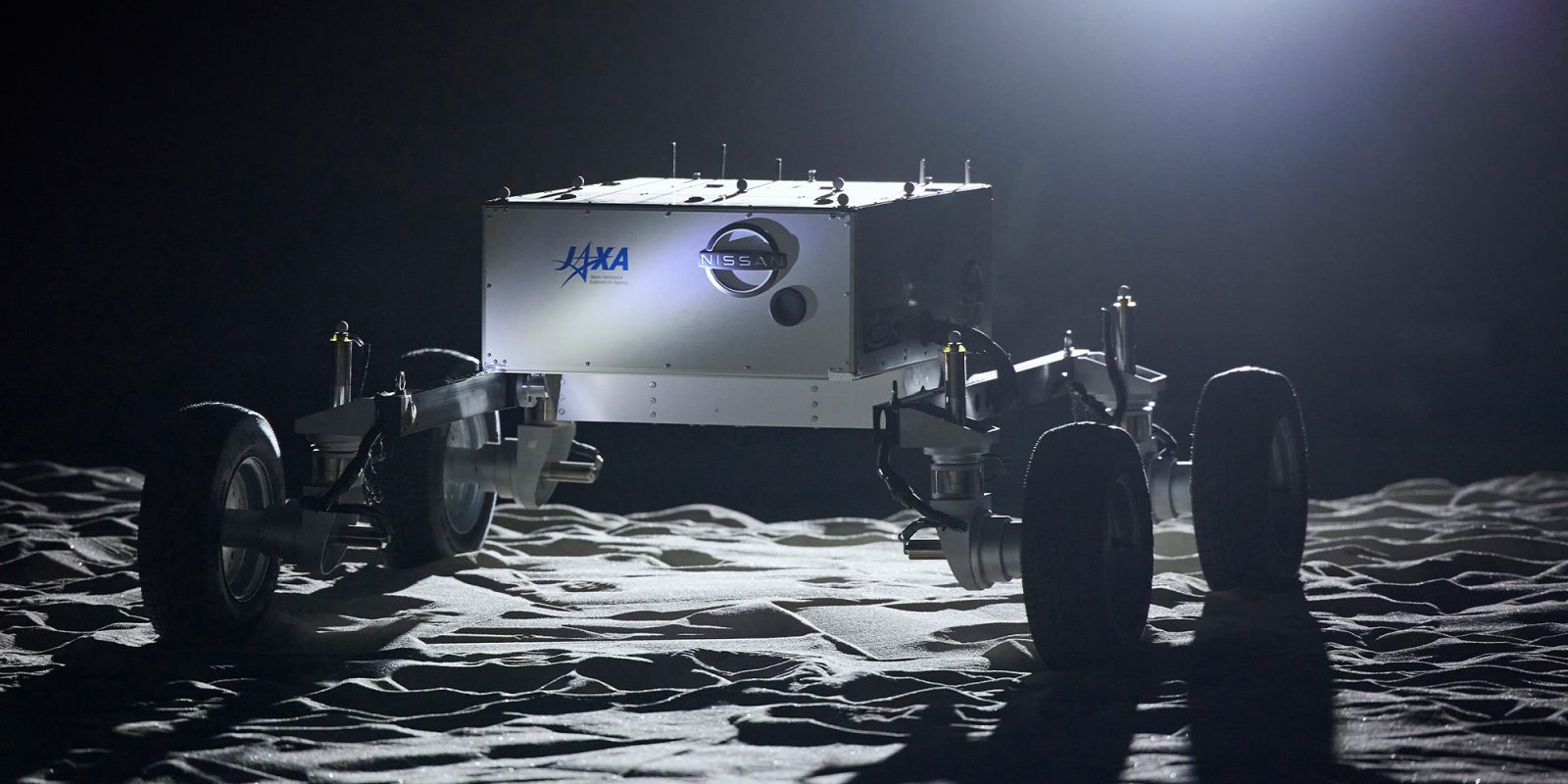 At its Futures event in Yokohama Japan, Nissan unveiled an electric lunar rover co-developed alongside the Japan Aerospace Exploration Agency (JAXA). The prototype features AWD technology that will soon be featured on certain trims of 2023 Nissan Ariya.

Nissan Motor Corporation has been in business since the 1930s in Japan, and has established itself as a globally recognized automaker behind brands like Infiniti and Datsun, in addition to its namesake.

The company was one of the early promoters of electric vehicles with its Nissan LEAF, one of best-selling EVs globally… especially before the Model 3 showed up. Since then, however, Nissan has taken its foot off the accelerator in terms of EV manufacturing. At least until recently.

In July of 2020, Nissan announced an all-electric crossover called the Ariya, which has just recently launched in the US. The announcement was soon accompanied by news Nissan had joined the UN’s “Race to Zero” campaign, aiming for 100% EVs by the early 2030s.

With a new “Ambition 2030” EV roadmap recently rolled out publicly, Nissan appears to have found that EV spark (or more appropriately, lack thereof) that it had early on with its LEAF EV.

On top of that, Nissan has now revealed it has been working on technologies outside of combustion, and potentially outside this atmosphere, alongside JAXA.

The Japan Aerospace Exploration Agency Hub Center has been conducting research on lunar rovers for future space exploration, more recently with the help of Nissan and its AWD technology designed for the Ariya.

In a press release coinciding with its Nissan Futures event today, the automaker revealed it has been working with JAXA on the rover prototypes since January of 2020.

With a specific focus on helping JAXA’s electric lunar rover traverse the tricky terrain of the moon’s surface, Nissan applied its e-4FORCE all-wheel control technology. Nissan explained that it developed these driving-force controls to minimize the amount of wheel spin as it relates to various surface conditions.

The e-4ORCE technology allows for precise control of all four wheels independently, trekking through both sandy and rocky terrain the electric lunar rover may one day experience above the Earth. All while remaining vitally energy efficient in situation that allows limited space for energy storage. JAXA director of the Space Exploration Innovation Hub Center, Ikkoh Funaki spoke to the joint development research with Nissan:

JAXA aims to apply the research results to future space exploration. We are collaborating with companies, universities and research institutes on projects that are feasible and have potential for commercialization and innovation. By conducting research with Nissan, which has expertise in electrified technologies, we hope to apply our findings to the development of higher-performance lunar rovers.

Nissan’s e-4ORCE technology may not ever operate on the moon’s surface, but it will soon be available to consumers on the top-tier version of the Ariya EV. The Platinum+ Ariya features dual motors, of which the individual torque of each can be independently controlled, providing more traction during acceleration.

The Nissan Ariya e-4ORCE model will begin sales in Japan next summer, while the Platinum+ Ariya is available for reservations in the US now, scheduled to delivery next fall.

No word yet on whether the electric lunar rover will ever make it to space, but here’s a video of the prototype in action: