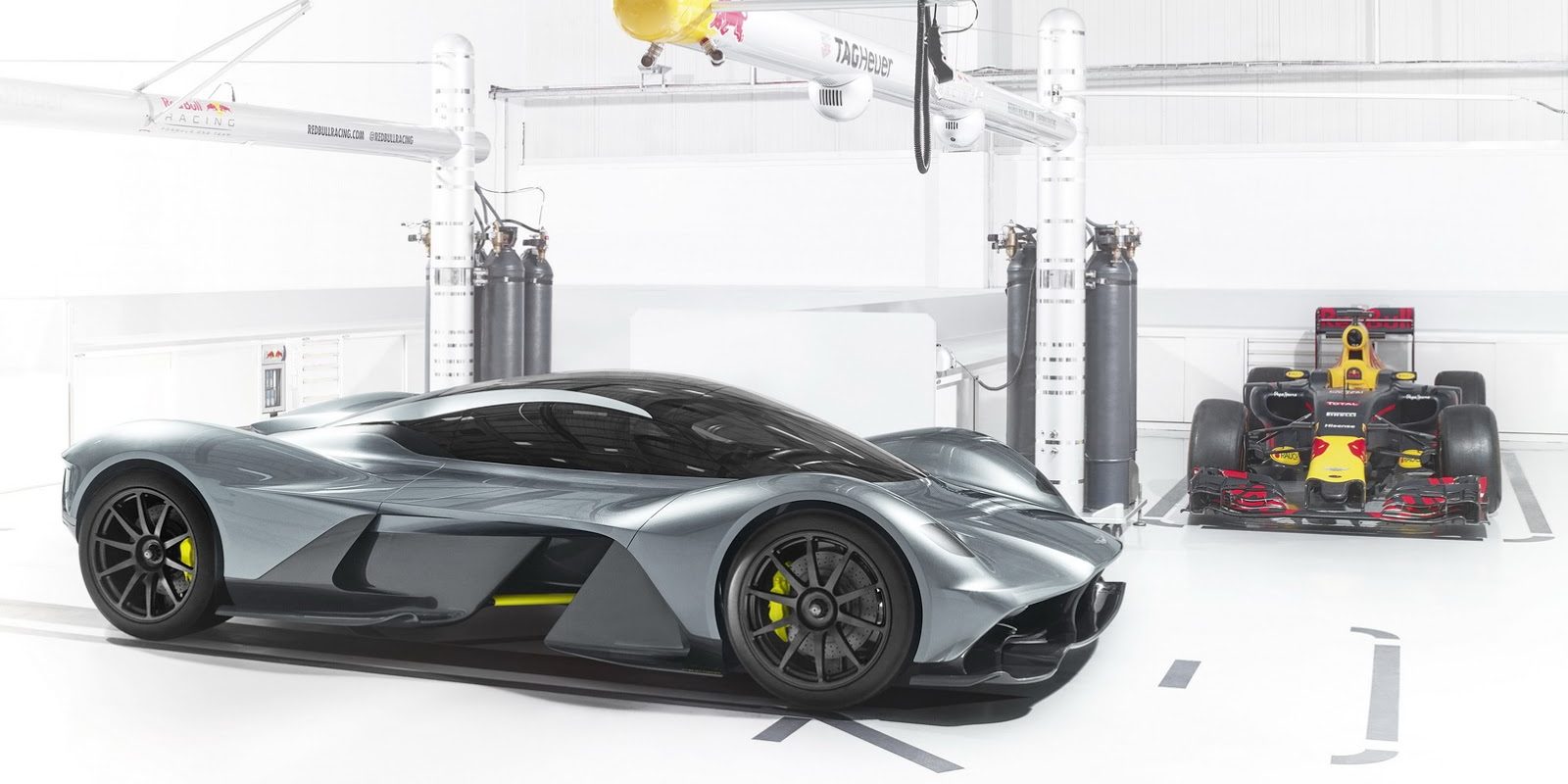 Almost all supercars, or what are now referred to as “hypercars”, are coming out with at least some form of electric powertrain these days, like the Ferrari LaFerrari, McLaren P1, or the Porsche 918 Spyder.

Aston Martin with its upcoming new AM-RB 001 hypercar in partnership with Red Bull Advanced Technologies is apparently no exception and will have a hybrid powertrain. The British automaker announced this week that the battery pack of its hybrid system will be manufactured by none other than Rimac, the maker of the all-electric Concept_One supercar.

We have been reporting lately on how the company has been teasing plans to bring its expertise in performance electric cars to other car manufacturers and it claims to be working on ‘secret projects’ with other automakers.

It looks like this project with Aston Martin is one of them.

In a press release this week, Aston Martin listed the technical partners for its AM-RB 001 hypercar and Rimac made the list:

“Not content with commissioning the ultimate road-legal internal combustion engine, the AM-RB 001 also boasts a lightweight hybrid battery system supplied by Rimac. Acknowledged as world-leaders in high-performance battery technology, the Croatian-based company has showcased its capabilities with the innovative Concept-One: the world’s first – and fastest – all-electric hypercar.”

Mate Rimac, Rimac’s CEO, said that he couldn’t share more information yet, but that it was a “big deal” for the company.

Aston Martin will bring a prototype of the stunning vehicle at the Canadian International Auto Show in Toronto later this month:

Only a maximum of 150 road-going AM-RB 001s will be built, including all remaining prototypes, and the automaker will produce an additional 25 track-only versions – with the first deliveries starting in 2019.

Again, there’s no word on the capacity of the battery pack Rimac plans to build, but it will not be the first battery pack it will make for another OEM’s supercar.

There’s very little doubt at this point that electric propulsion will soon dominate the high-end supercar market. Now it simply needs to trickle down more in order to achieve mass market adoption.