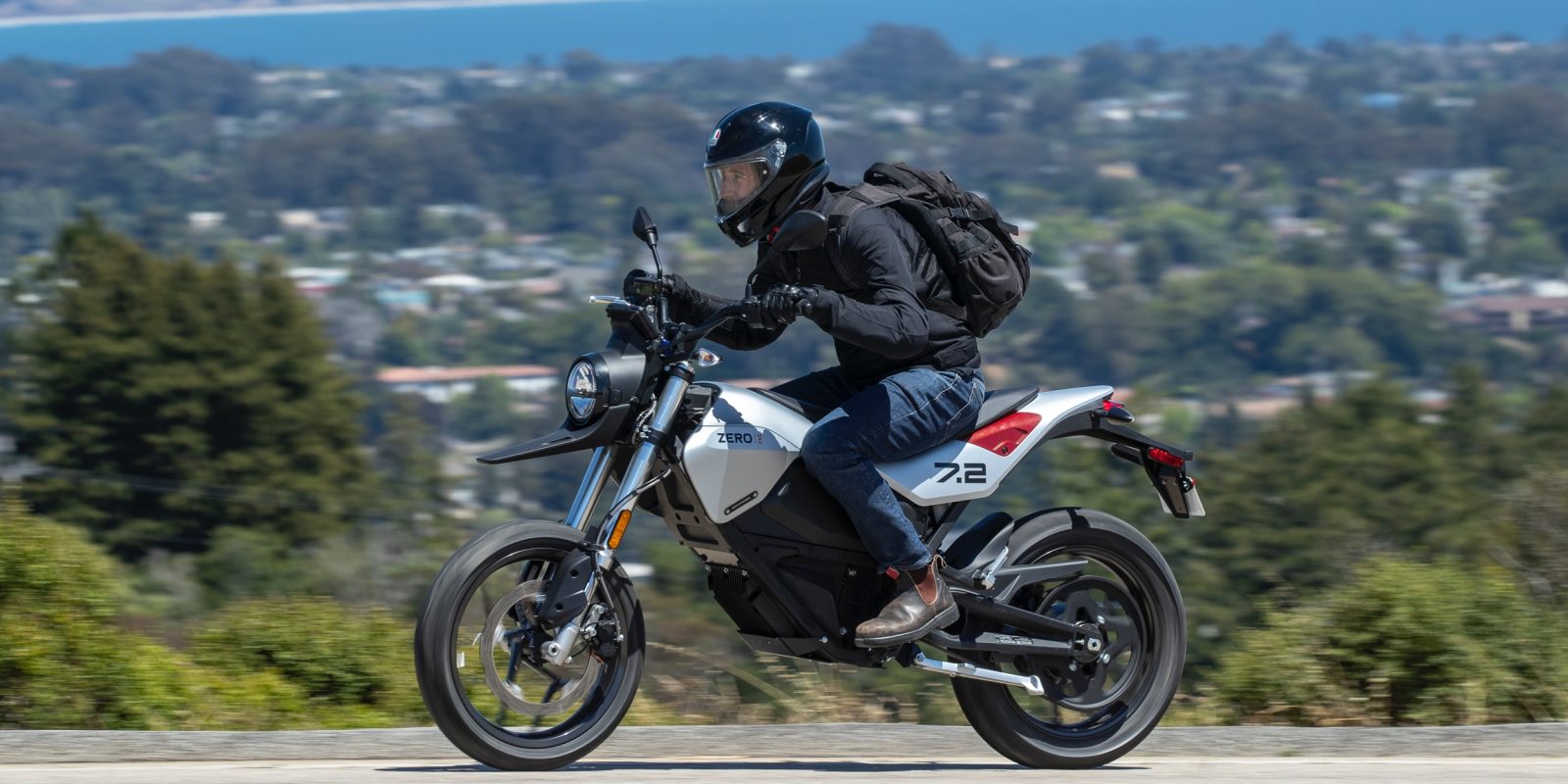 It was a cool summer morning overlooking the pier in Santa Cruz, California, when I first watched Zero CEO Sam Paschel pull the cover off the company’s latest electric motorcycle. I immediately fell in love with the design of the Zero FXE. But I also knew that it takes more than a sleek body to make a good bike. Only by throwing my leg over the shiny new metallic steed and hitting the open road could I know if the FXE was really worth the attention.

Fortunately I was doing exactly that barely an hour later.

The Zero FXE is built on largely the same platform as the Zero FXS, a street-oriented supermoto-style electric motorcycle that introduced me to Zero’s bikes several years ago.

The FXE now replaces the FXS, but fans of the latter will appreciate knowing that they share much of the same components.

The 7.2 kWh battery is still there (though it’s really a 6.3 kWh pack when measured using industry standards).

There’s the same ZForce ZF75-5 motor putting out 34 kW of power. And the performance specs are basically the same, including an 85 mph (136 km/h) top speed and max range of 100 miles (161 km) in the city or close to half of that on the highway.

During my test riding through redwood-filled mountains above Santa Cruz, I put the bike through everything from canyon carving-style joyriding to urban commuter-style daily rider use.

See it all in my first ride video below!

Despite the FXE sharing much of the same underpinnings on the previous FXS, the bike has several new updates that are more than just skin deep.

The FXE benefitted from a number of Zero’s technological developments in the past few years. The dated display on the FXS has now been replaced by a color screen from the SR/F and SR/S that provides a much more elegant interface for riders. It ties into the bike’s Cypher II operating system and offers the FXE a much needed fast track into the 2020s.

The dual bug-eyed headlights from the FXS are now replaced by a much nicer light cluster that gives the bike an improved countenance.

But the biggest update of all is of course that new design. You can count me in the “fan” column, and I think it really helps cement the urban capabilities of the FX line. The FXS always looked a bit like a dirt bike with street tires, but the FXE’s new body fits perfectly in the city.

Whether or not you find it “affordable” is a matter of opinion. At $11,795 before state and federal tax incentives, it’s a bit pricier than the FXS thanks to those new updates. But it’s also one of the lowest cost highway-capable electric motorcycles in the US. It could face competition from an influx of new models, but for now it’s one of the best deals in town.

And “in town” in exactly where I think the beauty of this motorcycle lies. It is best used as an urban commuter bike that can also hop on the highway.

Its 85 mph top speed is actually quite useful for hitting just about any road you can ride on at legal speeds, though it won’t want to hang out at its top speed for too long.

If you live in a state that allows filtering or lane splitting, you can likely cut several minutes off of each of those times. And even if you’re forced to ride inside the lane, you’ll enjoy the benefits of easier and cheaper parking, lower fuel costs, and more enjoyable commutes.

Plus there’s the added benefit that your daily commuter vehicle also happens to be a powerful, fun electric motorcycle. Now we’re not talking SR/F-levels of power here. But the bike weighs under 300 lb and still sports 46 hp combined with grin-inducing levels of torque.

Being able to give it a twist of the wrist and launch so powerfully on what otherwise feels like such a small and unassuming bike nearly made me giddy with delight every time I did it. And then working your way into the carving turns on a bike that feels like it just doesn’t weigh much beneath you adds to the surprising sensation.

This certainly isn’t an electric bicycle, but it also doesn’t feel particularly heavy either. To be honest, it’d probably be the best starter or beginner motorcycle for anyone who is electric motorcycle curious but doesn’t feel like jumping in with a heavy or powerful flagship bike like an SR/F, SR/S or LiveWire. Those bikes are fun, don’t get me wrong. I’ve ridden all three and would rather be riding them again than typing at my computer right now. But those bikes are also heavy powerhouses that can more easily get you into trouble.

If you’re looking for trouble then you can certainly find it on an FXE as well, but the bike is much more balanced and reasonable for most types of riders. And again, that’s what makes it such a great everyday e-moto in my opinion. It’s fast and fun without being over the top or excessive. The limited range will turn some riders off, but if you’re looking for a commuter and don’t need to go more than 50-100 miles to the office, it can still do everything you need. I wouldn’t take it on a touring ride, but I’d ride it to work every day and spend the weekends having fun on it.

Now I just have to convince my wife that it’s a good idea for me to have one.