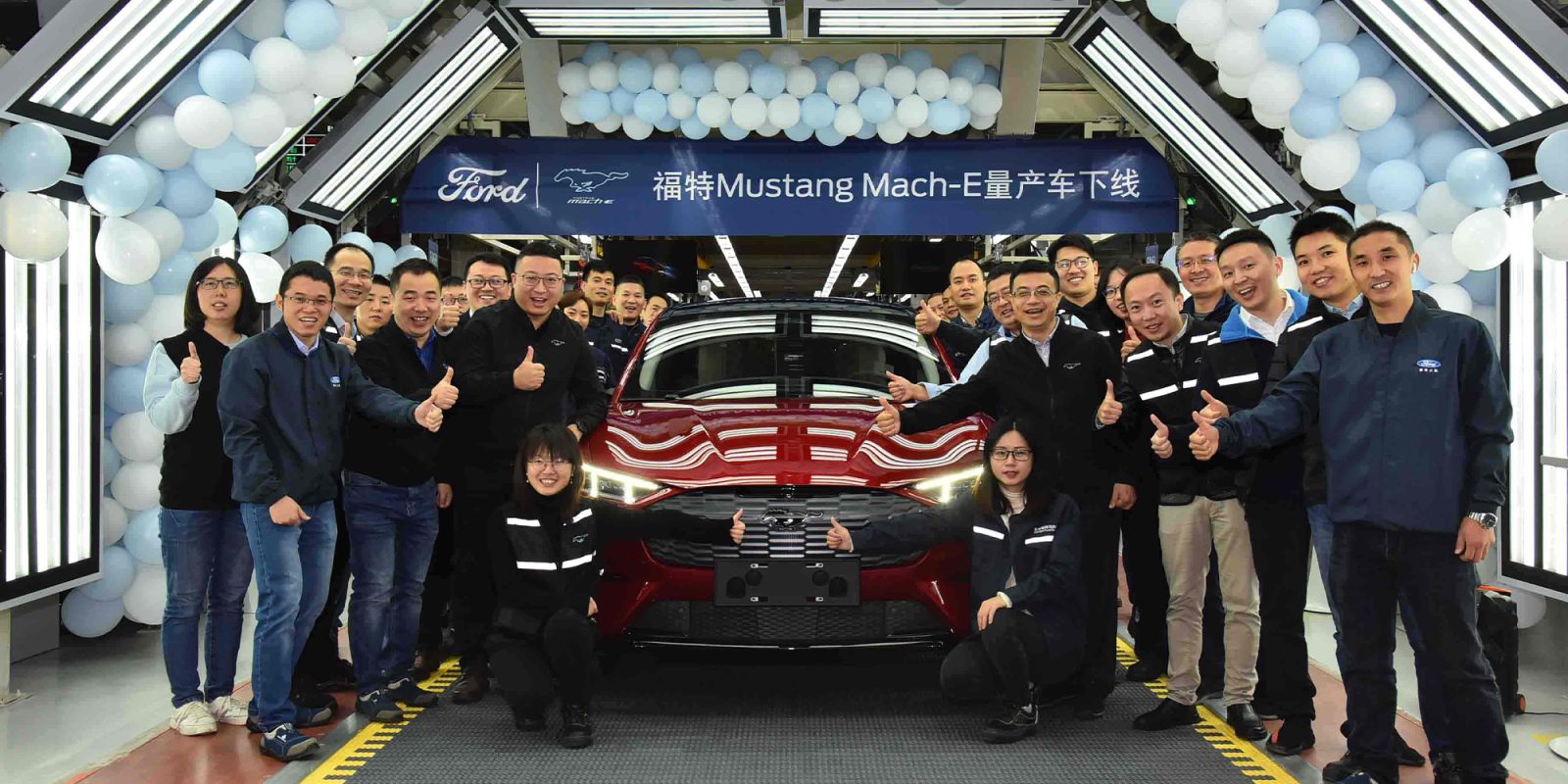 Ford has just successfully rolled the first models of its Mustang Mach-E off its assembly line in China, ahead of deliveries to local customers later this year. The new EVs will be sold in China through Ford’s direct sales network and will be manufactured at Changan Ford’s manufacturing plant in Chongqing.

Ford’s all-electric Mustang Mach-E first debuted toward the end of 2019, followed by deliveries in the US the following December.

Currently, the Mach-E sits alone as the only fully electric passenger vehicle offered by Ford, although it will soon be joined by the F-150 Lightning in 2022, and a European EV set to arrive in 2023.

This past April, Ford announced it would begin taking pre-orders in China for four variations of the Mach-E, starting at a price of 265,000 yuan ($40,830) for the Standard Range RWD.

This was followed by an additional announcement in July that Ford would be offering a second RWD “SE” version of the Mustang Mach-E that would qualify for EV subsidies in China, alongside the Standard Range version.

At the time, we reported that customers in China would be able to pre-order the Mach-E this fall before deliveries began at the end of the year.

The time to order has now arrived as Changan Ford, a joint venture between Changan Automobile and Ford Motor Company, has officially begun producing Mustang Mach-E’s for China.

In a press release out of Chongqing today, Ford announced that the first Mustang Mach-E manufactured in China rolled off the assembly line today – a pivotal step toward delivering the first customer models to Chinese reservation holders before year’s end.

With this production feat overseas, Ford has also officially opened its book for Mustang Mach-E pre-orders in China, with multiple variations to choose from:

According to Ford, customers in China who pay the deposit and sign the purchase contract before December 31, 2021, will still qualify for helpful benefits like the vehicle and battery system warranty, roadside assistance, and a referral bonus.

As previously reported, customers who pay their deposit and sign the purchase contract for a Standard Range or SE version of the Mach-E before year’s end should also be able to purchase their EV at the post-subsidy price.

To enter the market in China, the Mustang Mach-E will be sold through Ford’s direct sales network of electric vehicle city stores.

According to the American automaker, it is on track to implement 25 stores in major Chinese metropolitan areas by end of 2021 with plans to expand over 100 stores in the next five years.

Well this is a bit more exciting than the EV component news in Europe I covered earlier from Ford. A major global automaker is one step closer to entering the competitive EV market in China with its Mustang Mach-E. That is great!

It will be very interesting to see how the crossover SUV does overseas, especially as a larger vehicle in a populated country with actual legislation in place to promote NEVs.

I recently got to drive the Mach-E GT and GT Performance and had a blast. Soon, customers in China will be able to experience the same thrills… if they can find some open road!