Awesomely Weird Alibaba EV of the Week: A fake electric Ferramborghini from China 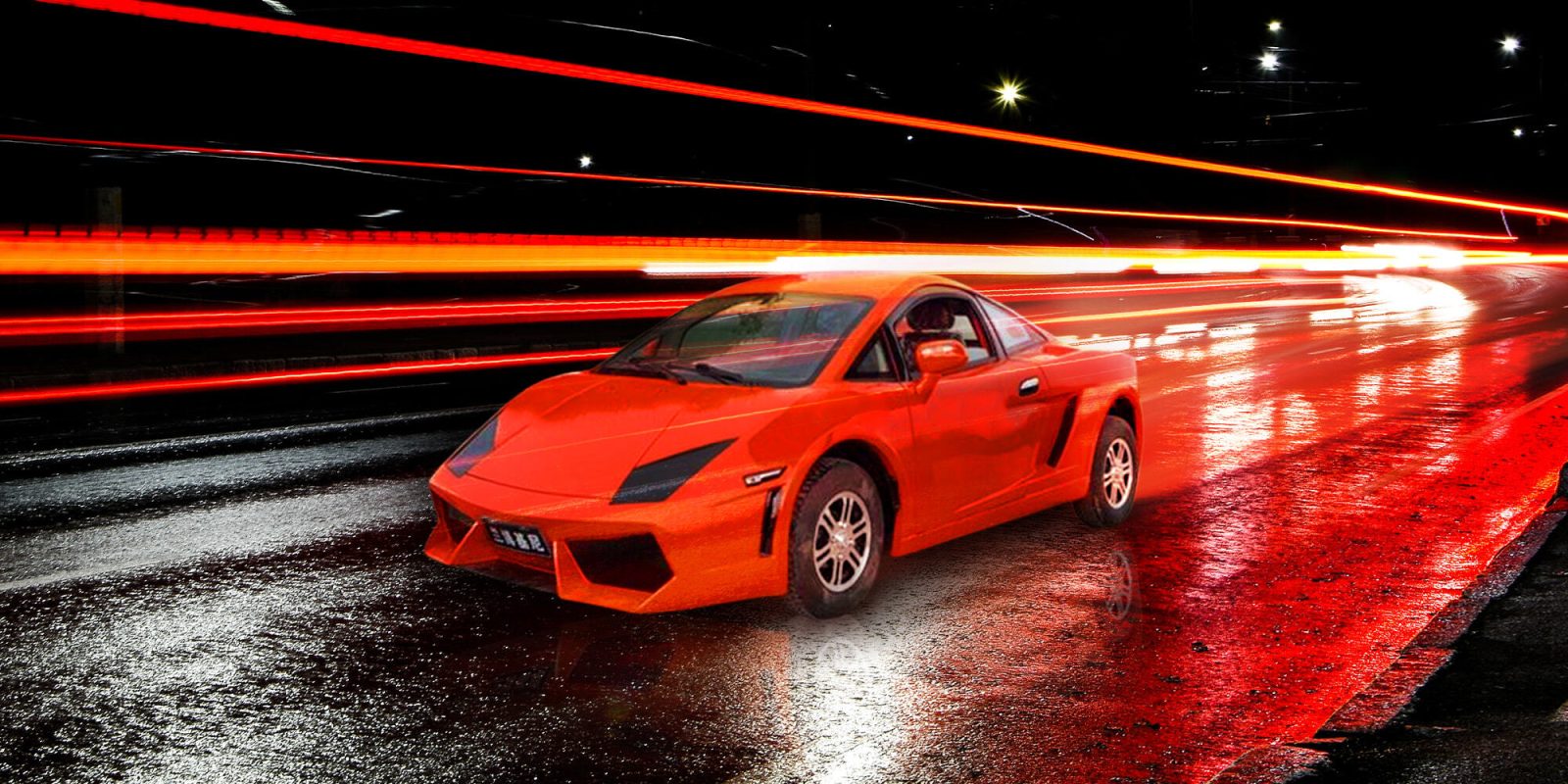 Tech bro and manly compensation jokes aside, how cool would it be to have your own supercar parked in your garage? How many young boys didn’t grow up looking at Ferrari posters or have at least one Lamborghini in their Hotwheels car collection? I for one never thought I’d actually own one… at least until I found this work of art on Alibaba. Though the more I looked, the more things didn’t seem to quite add up for this being a bona fide Italian sports car.

The first clue might have been that it was on Alibaba.

Not only is this awesome mashup of several popular Italian supercars available for the bargain basement price of a mere $15,000, but it’s also fully electric – even beating the real Lamborghini to the punch with an electric car.

I want to call it a Lamborghini based on its similarity to an early 2000s Lamborghini Murciélago, but it’s really drawing from a number of supercar gene pools. It’s the “whatever I had in the spice drawer” method of supercar production.

The Fauxrrari may sort of, kind of, almost look the part on the outside. But on the inside it is sorely lacking. The tiny 4,000 watt electric motor isn’t doing this thing any favors in the power department.

According to the specs, that little motor only gets our Lameborghini up to a blistering 30 mph (50 km/h) when maxed out. That’s barely going to be enough to pull away from the laughing crowd of onlookers that are not impressed.

But it’s not all about power; battery capacity is equally important for any electric car. And in that department, our Messarati doesn’t disappoint.

The Alibaba vendor claims a range of 75 miles (120 km). That might not sound like much at first, but don’t forget how slow this thing is. That’s a whole two and a half hours of driving, that’s what that is.

This Low-tus might not have all of the performance of a true supercar, but at least it comes dressed to the nines in features, including “Electric window/door, brake system, air condition, aluminum alloy vacuum tire, lithium battery, rear view camera, center control lock, electric parking, etc.”

When you have to include brakes as a feature, you’re really scraping the bottom of the automotive barrel. Though that electric parking sounds intriguing. Somehow I’m guessing that’s less of an autonomous parking and more of a “It’s electric and it’s parked. What more do you want from us?” kind of situation.

Can we all just take a moment and appreciate the irony that all of the vendor’s photos are watermarked.

I can just imagine the conference room discussion on that one: Better watermark our Ferramborghini photos, we don’t want someone to steal our IP.

With that thought, I’m going to leave you with a short clip of the car in action, just so you can be forever haunted by how it sounds.

In case you’re in class or work and can’t play the video with audio, just imagine someone stepping on a puppy. It sounds like that.

If you happen to find any fun or funky electric vehicles while endlessly scrolling through Alibaba (that’s a normal thing we all do, right?), feel free to send them my way! They may just make it into a future edition of the Awesomely Weird Alibaba Electric Vehicle of the Week series.

And until next time, check out some of these other weird-mobiles that have made the list in previous weeks!