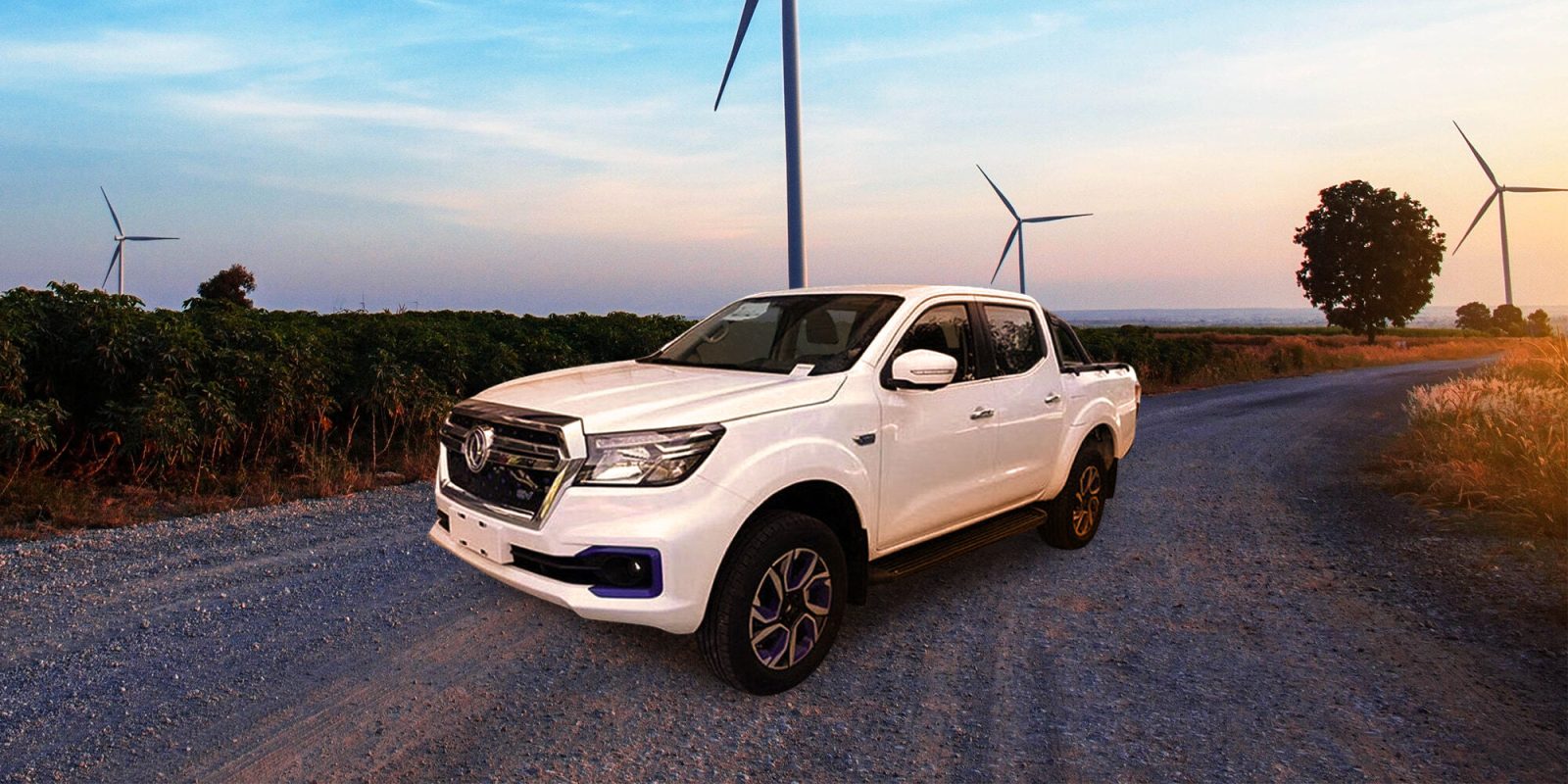 Most of the fun and wacky electric vehicles I find while trawling Alibaba to feature in my Awesomely Weird Alibaba Electric Vehicle of the Week series are notable for being fairly far-fetched. I mean, it’s not every day you come across an electric motorcycle with only one wheel or a fully functional electric submarine.

But the vehicle I’ve found for this week is notable for just how seemingly normal it is, and the fact that from halfway around the world you can buy an actual honest-to-goodness electric pickup truck that is highway capable and prepared to do real work.

Don’t worry though, folks, I’m not going too normie on you. If the truck’s “Rich 6” name is any indication, this thing has enough quirks to keep it interesting.

Unlike all the times I’ve teased you guys with cheap electric trucks that come with a serious catch, this isn’t some half-scale truck.

All of those Neighborhood Electric Vehicle (NEVs) trucks are great, but they are positively pint-sized and most of the time only hit 25 mph (40 km/h).

This week’s Rich 6 truck is actually a full-size pickup truck that doesn’t struggle to get rolling in a strong headwind. That’s because it’s finally got a decent electric motor in it, unlike most of the underpowered yet comical vehicles I normally dig up for this series.

With 120 kW (161 hp) of giddy-up-and-go, the Rich 6 should actually be capable of real-world acceleration and even some modest towing.

Now let’s not get carried away here – 120 kW of power isn’t that much in a pickup truck. For comparison, the Rivian R1T puts out more power than that at each wheel.

But it’s still pretty impressive compared to most of the Chinese trucklet finds on Alibaba, and packs almost 120 kW more power than my own mini electric pickup I ordered from the platform.

The 17-foot (5.3 meter) crew-cab truck has seating for five, meaning many people could fit the whole family in this fun wagon.

The nicely upholstered seats and fully featured entertainment system should make the ride quite enjoyable as well.

Just don’t expect too many creature comforts after that. There’s not even a frunk to take advantage of (it appears to be stuffed with a controller, charger, 12V system battery, and other important electronics).

It’s more than a bit suspicious that they aren’t very forthcoming with battery specs, but they do claim a range of 403 km (250 miles).

They also claim a 0-80% charging time of 45 minutes, which I’m going to have to file in the “I’ll believe it when I see it” column. But either way, they’re fully prepared to sell you an electric truck.

The packing and delivery terms are listed as “Nude with anti-rust waxing.” I prepared for a date like that once. Trust me, it did not go well.

The downside here is the gearing, with the Rich 6 pickup truck limited to a mere 100 km/h or 62 mph. That seems like a serious oversight to me – what’s the point of having all that power if you can’t even keep up with a minivan?

The other major downside is that, much like the Rich 6’s name, you’ll need to be fairly loaded to be able to afford one of these. The $30,000 purchase price doesn’t include shipping, and so you might as well save up for an entry-level Cybertruck or even an F150 Lightning for a few bucks more.

I think I’ll stick to the wheels I already have and not risk $30k on an electric truck from halfway around the world. But the fact that anyone with the money could conceivably have this truck packed up and loaded onto the slow boat from China next week still tickles me, I must admit.

Buying it is likely the easy part… convincing the DMV to give you a plate for it, now that’s going to be the real hurdle.