Volkswagen boasts 144,000 ID.3 orders in Europe, and half of those buyers are new to VW 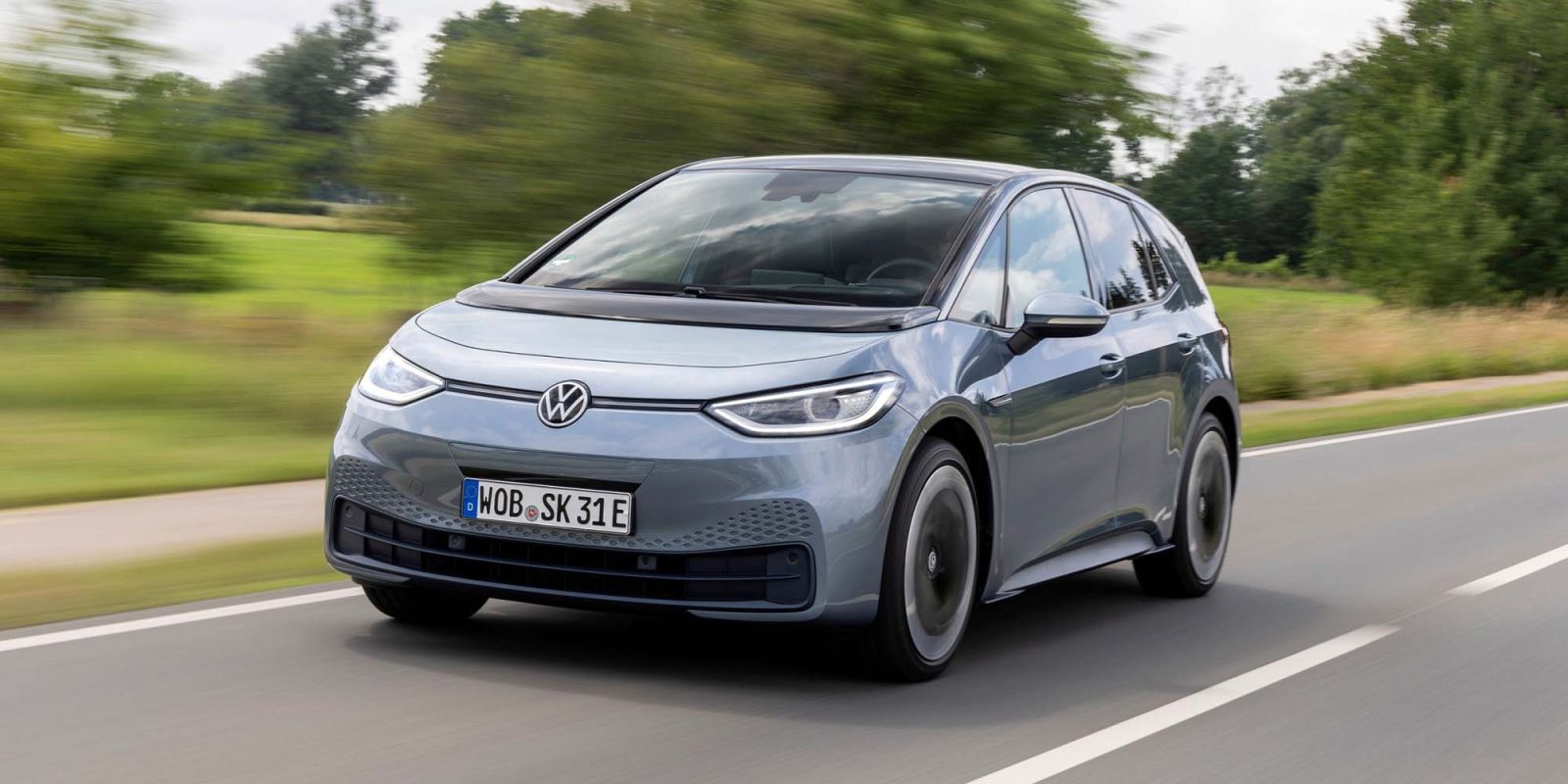 Volkswagen’s all-electric ID.3 has found much success during its first year in the European market. Volkswagen has recently reported over 144,000 orders for the ID.3 the past year in Europe, and is now working around the clock to deliver them in a timely manner.

Volkswagen’s ID family represents the legacy automaker’s commitment to a new generation of all-electric vehicles, despite its terrible attempt at an April Fool’s joke.

Its electrification began in 2019 with the unveiling of the ID.3 hatchback. The ID.3 began to be delivered to customers in Germany in September 2020. By year’s end, Volkswagen had already delivered nearly 55,000 ID.3 orders across Europe.

Since then, VW has introduced additional EVs to the ID family in the European and US markets, including the ID.4. Furthermore, Volkswagen previously began taking pre-orders for the ID.3 in China, ahead of its official launch this fall.

Now, following a year on the market since its debut in Germany, Volkswagen has shared an even larger public interest in the ID.3, with a large number of potential customers new to the brand.

In a recent press release from Volkswagen Group, the German automaker shared that it has received over 144,000 orders of the ID.3 since its official launch last year. It’s important to note that these numbers are for Europe alone, as the ID.3 is currently not available in the US, and is only just beginning production in China.

After just a year on the European market, Volkswagen feels encouraged by these order numbers to help bolster its shift toward zero emission mobility. Klaus Zellmer, board member for sales, marketing and after sales at VW, said:

The car is an absolute hit. It appeals to customers and has shot from zero to take top positions among new registrations in a large number of countries.

Zellmer may be referring to August sales numbers specifically, as the ID.3 was the most popular EV sold in Germany, the UK, Ireland, Austria, and Switzerland. Based on new vehicle registrations, the ID.3 also ranked top overall in Western Europe for August.

In addition to seeing a promising number of orders on its ID.3 EV, Volkswagen also shared results of a commissioned study of its buyers, stating that nearly 50% of the 144,000 had never driven a VW and were new to the brand. Zellmer continued:

The ID.3 has tapped into an above-average number of new buyer groups for Volkswagen. Some 70,000 new customers are strong proof that we are exactly on the right track with this vehicle and our electric mobility strategy.

Clearly, a demand is present in Europe, and Volkswagen is making efforts to ramp up deliveries to match the influx of orders.

According to the automaker, it’s currently operating three production shifts at its Zwickau facility, pumping out a combined 1,200 ID.3s from both Zwickau and Dresden each day. These two facilities also happen to be carbon-neutral.

Volkswagen will next focus on the production of the ID.3 for China, which has already started in Anting. As previously reported, the ID.3 will be launched in the Chinese market this fall.