I spent one week driving the VW ID.4 – here’s how it went [sponsored] 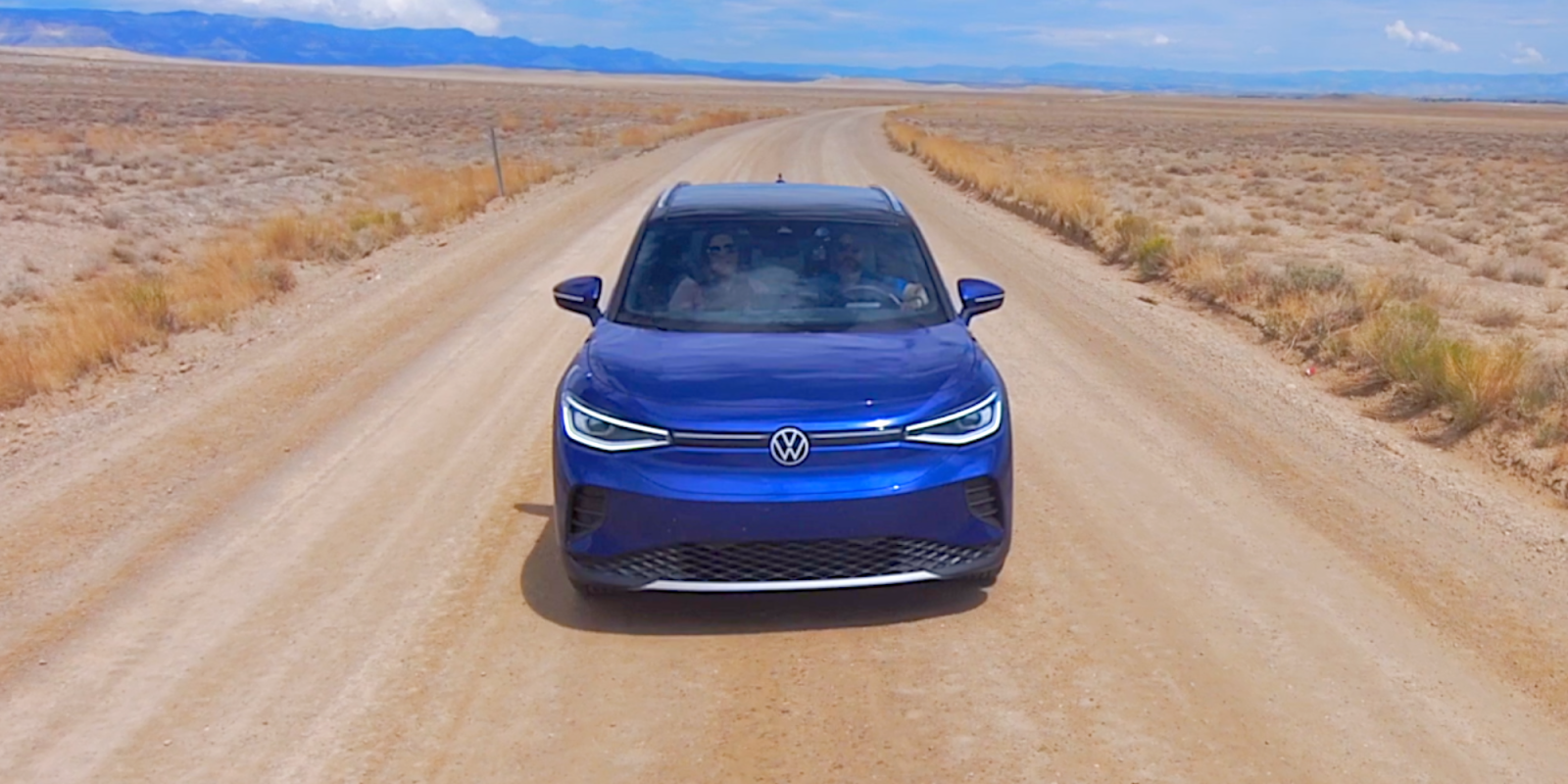 Volkswagen partnered with Electrek to test the ID.4 electric crossover for a week. During the development, release, and launch, we’ve covered the ID.4 with great anticipation.

For this sponsored partner post, I test out the ID.4 as a daily driver and road-trip vehicle, taking notice of the comfort, utility, and light off-road capabilities.

The ID.4 takes a more traditional approach to the compact SUV. Volkswagen made the right choice by making an SUV that appeals not just to early adopters and statement makers, but also to the average driver who is ready to go electric. With a spacious cargo area, utility features, and traditional design, the ID.4 doesn’t feel like a quirky EV with a catfish front end.

After personally driving a variety of EVs for some years, (including the aforementioned catfish) the normalcy of the ID.4 was a welcome change.

There and back again

To put the ID.4 crossover through its paces, I took it on a couple family trips.

The two major trips originated in Salt Lake City. The first was north to the Spiral Jetty. The locally famed man-made art formation is off a dirt road, located approximately 50 miles from the nearest small town. The next trip was to a natural formation called The Little Grand Canyon. This sandstone and river wonder is about 40 miles away from electricity or running water, and is almost entirely dirt roads.

The ID.4 controls felt easy to use, and had even more to explore as the week passed. One example is the regenerative braking mode. In regular drive mode, the car accelerated and braked with predictable expectations. Putting the car into braking mode, the regenerative braking would activate upon releasing the throttle, an easy way to save a bit more energy on every trip.

The regen-braking mode isn’t aggressive. Some electric cars will come to a complete stop with the release of the throttle pedal, a feature called “one foot driving.” VW opted for the car to stop with a press of the brake pedal, quite the novel idea. 😉

The range on the ID.4 was fantastic. The official EPA range of the Pro S model I drove is 250 miles, but there’s more to my story. I had the opportunity to test it out on several trips of over 100 miles one way. The first trip was planned carefully (and initiated cautiously), but as it turns out, the caution was unnecessary. The ID.4 easily beat the expectations I had, even driving on canyon roads in the summer heat. I can personally say that I would easily commit to longer trips trips with no hesitation.

Volkswagen is partnering with their sister company, Electrify America, to offer new ID.4 buyers three years of unlimited charging on their nationwide network. This is no small feat, since the network covers all major highways, and smaller places are being included on a regular basis. If Electrify America has stations in Spanish Fork and Brigham City, Utah, there’s a good chance you’ll be covered, too.

Driving the ID.4 off-road was loads of fun. Rattling on the dirt roads, the steering remained tight and responsive, and the higher clearance and visibility came in handy for surprises in the terrain. I rode for about 120 miles off-road, and enjoyed the capability and security of the vehicle’s design. I was impressed by what this two-wheel drive version could do, and the upcoming 4WD opens up even more possibilities.

As a daily driver, the ID.4 felt right at home. The cargo capacity made trips to the store or carrying sports equipment a breeze. The rear hatch opens wide with the press of a button, the flick of a switch, or a wave of the foot under the rear bumper. With a hands-free opening, it literally opens up to a myriad of utility options.

The rear cargo area has a tall profile, making larger items fit in and out very easily. The contrast to this can be seen on other EV crossovers, where the rear hatch holds a more aerodynamic shape. Aerodynamics are nice, but if the ID.4 already impressed me with real-world range, then I’m very happy to have the extra space along with it.

My 4-year-old daughter absolutely loved the ID.4. She mostly spent her time climbing between the back seat and the trunk in the driveway, but when we got moving she was mesmerized by the wide-open glass roof. She was in a carseat, but if she was older she would no doubt love the large rear seating. The wide-open rear seat is not obstructed by a transmission tunnel, making the middle seat actually usable by an adult.

The ID.4 features a landscape main display with most of the controls accessible through its touchscreen. Along with this, quick controls are found on a variety of tailored buttons for different functions. The windows and wipers are tactile. The audio and cruise controls feel like rocker switches. The climate controls are quasi-touch screen, and of course the main touchscreen itself controls much more. The longer I used the different buttons, the easier it became to hit them without a second thought.

The touchscreen and climate controls became second nature quickly. Dual climate controls, customizable mood lighting, phone connectivity, and map navigation are all seamless. One aspect that took some getting used to was the Active Cruise Control. Once engaged, the car seemingly drove itself along the freeway, steering, braking, and accelerating. I prodded the wheel to let it know I was diligently paying attention, and I was. I was a bit squeamish about letting the car drive itself, so after about 30 miles I took back control. Maybe after another week I would really come to love it, but I’m not embarrassed to admit I was still intimidated by the new technology.

Overall, I think the ID.4 is the most intuitive electric car I’ve ever driven. It’s not trying to be something it’s not, or promise anything spacey or out of this world. It’s a well-grounded, feature-rich electric SUV with an approachable entry and plenty of depth to explore. Volkswagen’s tag line for the ID.4 is an electric car “for the millions, not the millionaires.” I’m sure a millionaire would like it too, but in my case, VW hit its mark.

Sponsored by Volkswagen of America: Learn more about VW’s electric SUV at www.vw.com