VW debuts all-electric SUV concept in the US, says it will be its first next-gen EV in the market 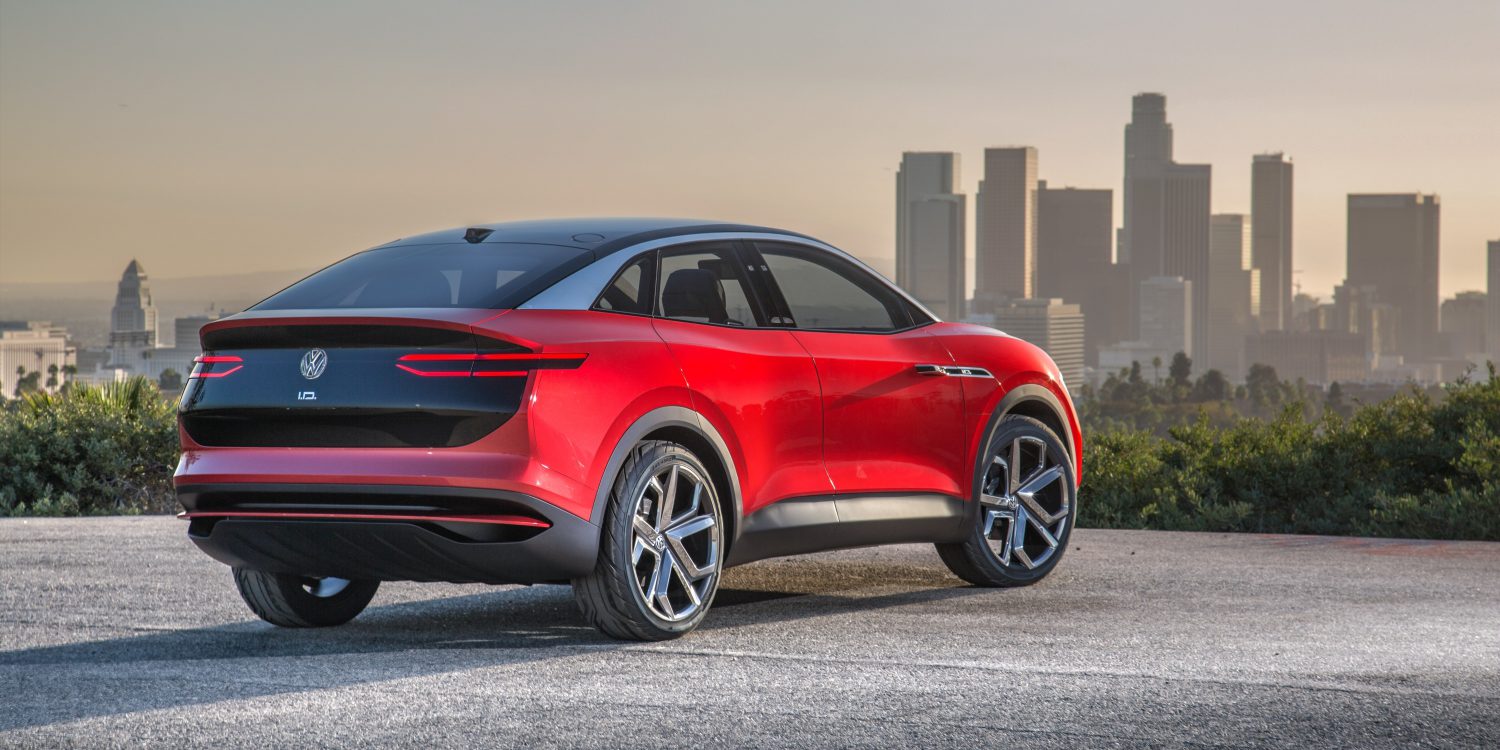 VW has been unveiling a lot of all-electric vehicle concepts over the last year with the goal to bring them to market relatively soon, but that doesn’t mean globally.

Today, they debuted their all-electric SUV concept in the US, the I.D. CROZZ, and confirmed the vehicle will make it to the US in 2020.

VW’s series of “I.D.” concept vehicles are expected to serve as the basis of a series of production cars built on VW’s new electric platform.

There’s the I.D., which is a Golf-size vehicle expected to be their first mass-market EV in 2019, there’s the crossover all-electric I.D. CROSS Concept, and there’s I.D. BUZZ electric microbus coming in 2022.

At the Frankfurt Motor Show in September, they also unveiled the ‘I.D.CROZZ’, which is now making its U.S. debut at the LA Auto Show.

A slide that leaked from a VW presentation about its upcoming electric vehicles showed that they have 2 more I.D. concepts to release, but the priority is in China and Europe.

Today, VW confirmed that an all-electric SUV based on the I.D. CROZZ will be their first new EV in the US in 2020.

“The I.D. CROZZ-based electric vehicle will be an affordable and stylish electric SUV—and there is more to come! The I.D. CROZZ and the I.D. BUZZ will help Volkswagen to kick off an EV revolution in the United States. All of our I.D. concept cars demonstrate the inherent flexibility, driving range and smart design that can serve the needs of 21st century drivers.”

They released new images of the vehicle with the event today:

“The I.D. CROZZ is a sporty, zero-emission all-round vehicle that is designed to be interactive, and whose electric 4MOTION all-wheel drive system is as impressive on unpaved trails as it is in adverse weather conditions. One electric motor works at the front axle and one at the rear, and torque distribution is controlled via an ‘electric propshaft’. The driving range of the SUV that outputs 225 kW (system power) and boasts a top speed of 180 km/h is up to 500 kilometres (NEDC) on one battery charge. The high-performance battery can be charged to 80% of its energy capacity in 30 minutes using a fast-charging system.”

NEDC range is generally not really representation of real-world range, but now VW is claiming “up to 300 miles”. Today, VW confirmed that the vehicle is equipped with a 83 kWh lithium-ion battery pack.

They also confirmed that they are aiming for a 150 kWh DC charging capacity, which they claim would give the vehicle 80% of a full charge in 30 minutes.

I’m not sure what’s VW’s idea of “affordable”, but if they bring this vehicle to market for ~$30,000, which would be my idea of an affordable SUV, it would be impressive. There is certainly no other vehicle with that kind of energy capacity currently considered “affordable.”

Either way, it looks like VW is on the right path with the I.D. CROZZ, but we are still talking about a launch in 2020 and the EV landscape is going to change in the meantime.

Maybe those specs won’t sound that impressive at that point. Though I suppose it will also depend on the price point. There are still too many unknowns.