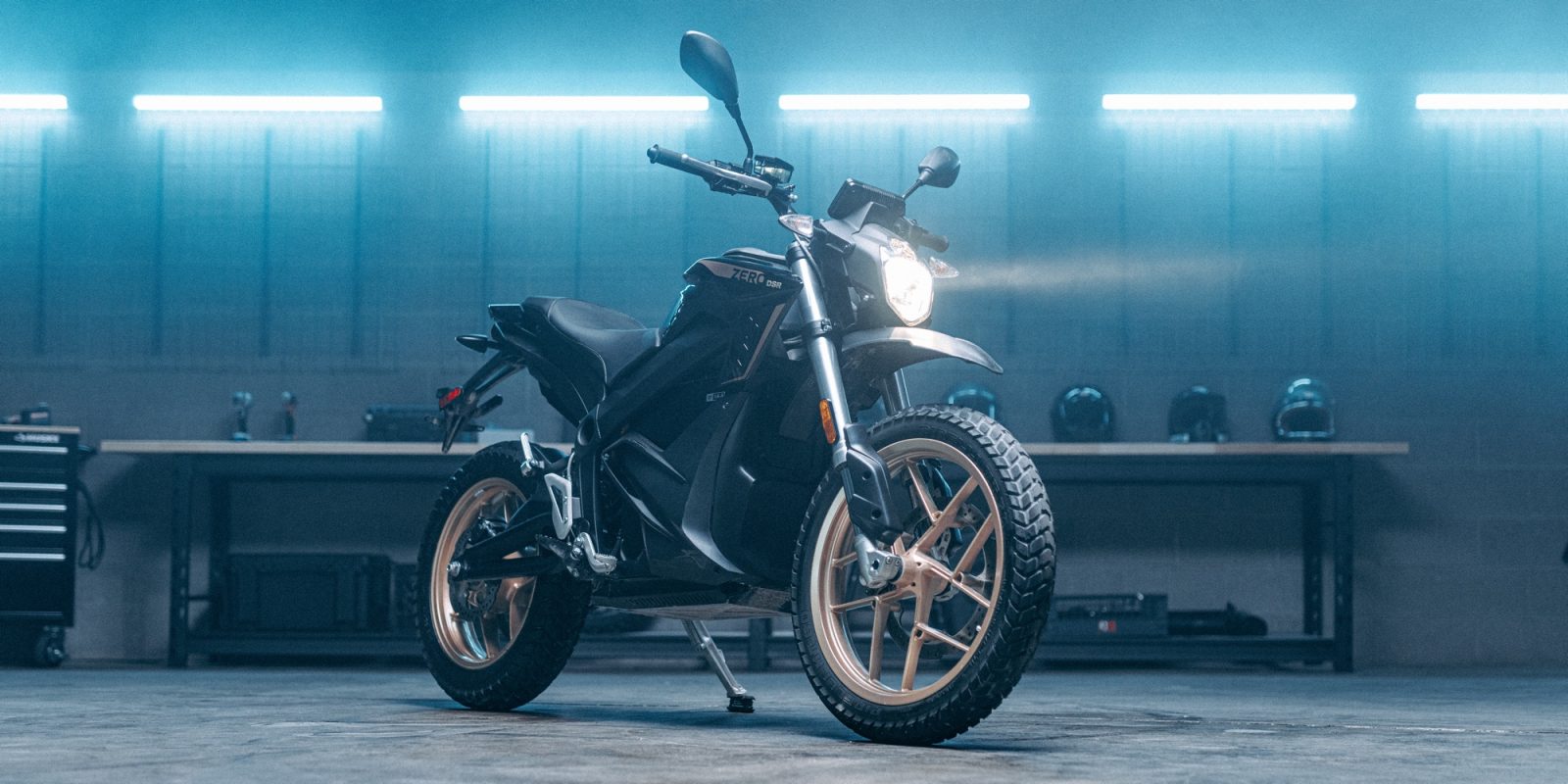 Zero moved up the clock due to unprecedented demand in the electric motorcycle industry.

Much like the electric bicycle market, which has seen skyrocketing demand since the beginning of the COVID-19 pandemic, electric motorcycle sales have shot through the roof.

“Though the overall demand for all powersports, particularly dual-sport models, has increased since the onset of lockdown restrictions in early 2020, demand for electric motorcycles has continued to spike upward even well into the calendar year 2021 riding season.

The major updates come to the street-oriented Zero S model as well as the dual-sport Zero DS and DSR bikes.

The 2022 Zero S, DS, and DSR bikes all operate on the Cypher II operating system, receive Bosch ABS and get new Bluetooth connectivity that interfaces with an app on the rider’s smartphone. That allows riders to make customizations to the bike’s performance on the fly.

The bikes will also receive a new 5″ TFT screen similar to the one found on Zero’s flagship SR/F and SR/S models. The new color screen replaces the somewhat dated LCD screen from previous years’ models.

The 2022 Zero DS starts at the same $11,195 and offers the same motor and battery, though gets around an 8% lower range due to its off-road optimization.

We had the chance to test ride the new Zero FXE in a variety of riding types, which you can see in the video below.

It’s always great to see new updates from the leader in electric motorcycle sales, and some of these are certainly warranted.

The 5″ color screen that Zero has begun installing on additional models is a much nicer interface than their previous screens. And those Bosch ABS brakes are important rider aids. Plus the ability to make app-based updates to the bike is a pretty important feature, especially considering my $4,000 electric scooter has been able to do it for years.

I’d have loved to see a bit more upgrading done on the powertrain, such as an increase in battery capacity. But with a shortage of battery cells in the industry and general supply chain constraints, I can see how this isn’t the best time to be reworking a massive battery pack.

So while the updates aren’t as widespread or pivotal this year, they help Zero push forward incremental improvements that are important to maintaining its place at the top of the pack.

We’re still on the cusp of seeing more competition enter the market, such as the upcoming SONDORS Metacycle. If SONDORS can pull off its promise of a $5,000 commuter electric motorcycle, then we might see Zero feel more pressure to innovate on pricing.

But until then, there just aren’t enough alternatives with any reasonable scale to force Zero to innovate on pricing or on building some lower power and thus more affordable light electric motorcycles.