$5,000 SONDORS Metacycle electric motorcycle in durability testing ahead of deliveries 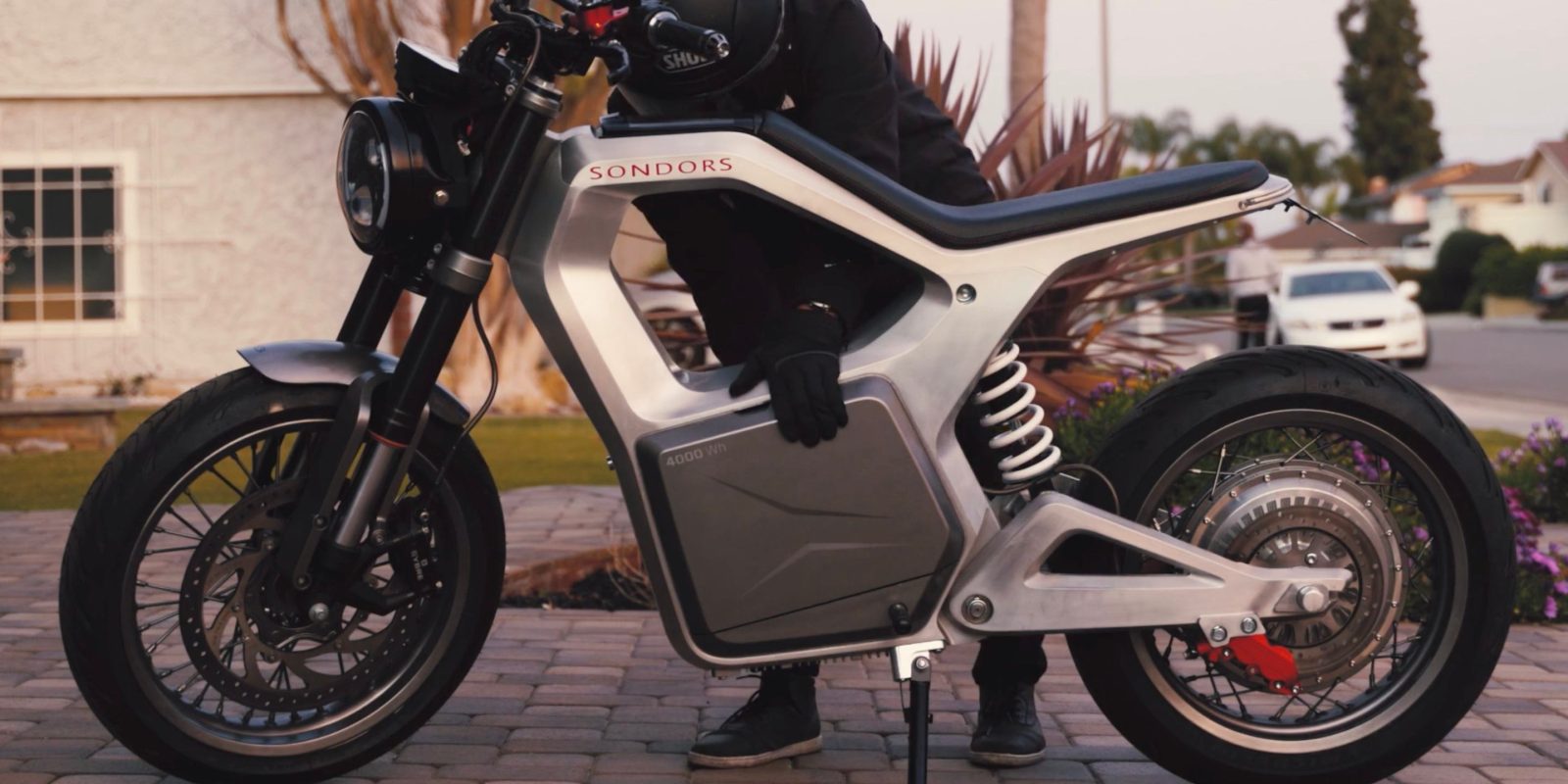 Ahead of upcoming deliveries of the SONDORS Metacycle electric motorcycle, the company is sharing new details about how it’s ensuring the bike will withstand a tough life as a daily commuter bike.

That won’t win the Metacycle any races or distances records, but the $5,000 sticker price is less than a quarter of what the other flagship electric motorcycles cost.

That makes the Metacycle the first highway-capable electric motorcycle in the US to reach a price that is widely seen as affordable by the masses.

SONDORS originally expected to deliver the first bikes by the end of 2021 but announced several months ago that production was moving forward ahead of schedule. That led the company to move up delivery estimates to Q3 of this year.

Now we’re getting a look at the accelerated durability testing that the Metacycle is currently undergoing to validate its life expectancy on the road.

“We don’t stop at going the extra mile with our commitment to exceptional quality, and Metacycle has shown to be a true overachiever.

That’s why Metacycle is undergoing continuous “Accelerated Durability Testing” — The motor and controller are rocking out 9,000 problem-free miles per day, accurately simulating hours and hours of real-world driving.”

This type of testing is common in the motorcycle industry, and it often uses various methods to simulate accelerated wear, such as operating at higher speeds, using higher temperatures and under increasingly harsher test environments.

SONDORS claims that the Metacycle’s drivetrain has now racked up over 300,000 miles (510,000 km) of testing without any major issues.

The battery has also undergone over 1,000 successful charge and discharge cycles.

The Metacycle uses an approximately 50 lb (23 kg) removable battery with 4 kWh of capacity. A second auxiliary battery measuring 3 kWh will be one accessory provided to fill the open cavity in the “tank” area of the frame. The other two optional accessories will be a faster Level 2 charger for using public charging stations or a storage compartment.

The clock is ticking as SONDORS continues testing the bike ahead of deliveries. Soon we’ll see if they’ll make it in time.

With SONDORS still promising an estimated delivery timeframe of Q3 2021, it looks like it will come down to the wire. We haven’t heard any news about bikes prepped for delivery yet, but the company still has six more weeks to go before the end of Q3.

To be honest, though, I’d be more surprised if they actually did meet that deadline. That’s nothing against SONDORS, specifically. It’s just that the company used the pre-sell method that has become typical in the electric bicycle industry where SONDORS got its start. However, with current industry pressures causing delays across the board, the standard operating procedure has largely evolved into taking pre-orders in full, promising a delivery date, then missing it by a couple of months. That’s been happening to many of the major players, so I wouldn’t be surprised to see it again here.

If SONDORS can get Metacycles in garages in the next six weeks, that’d be great. But I’m not going to bet the farm on it. Even so, the company has over five years of successfully delivering e-bikes under its belt, so I’m not worried about them making off with anyone’s deposit or pre-order like a fly-by-night operation.

What do you think? Let’s hear your thoughts in the comments section below!