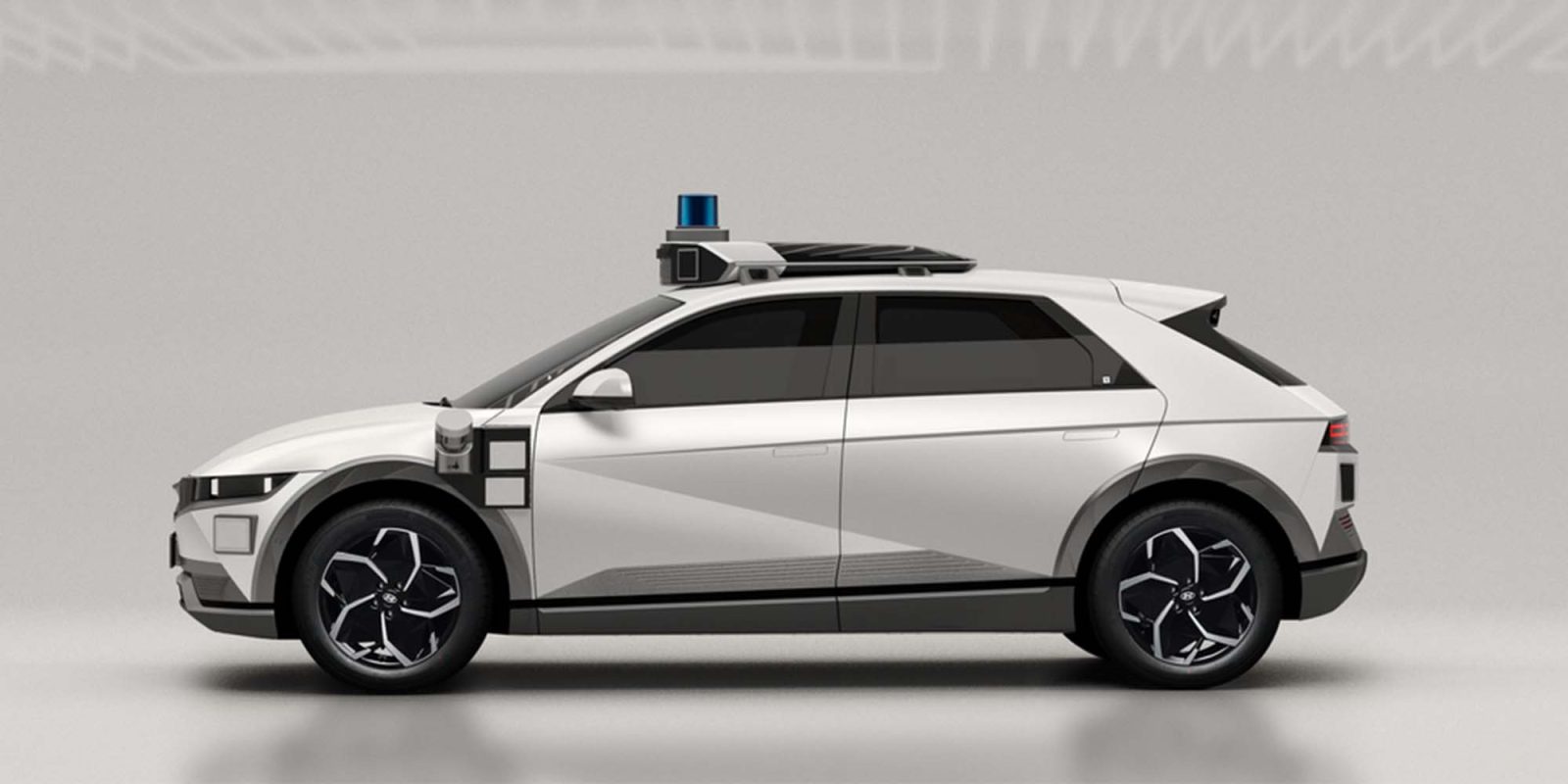 Motional, alongside Hyundai Motor Group, has shared the first image of its next-generation robotaxi based around the Ioniq 5 EV. The Ioniq 5 robotaxi, as it is being called, will be used in completely driverless public ride services beginning in 2023.

Motional is a developer specializing in autonomous driving technology headquartered in Boston. It exists as a joint venture between Hyundai Motor Group and Aptiv. The former needs little introduction as the parent of the upcoming Ioniq 5 EV, while the latter specializes in advanced safety, electrification, and vehicle connectivity.

Earlier this month, we reported that Motional was making moves to expand its presence on the US West Coast. This included doubling its staff in Los Angeles and moving to a larger office in Santa Monica.

Furthermore, Motional shared plans for a new operational facility to support public mapping and road testing of its robotaxi version of the Hyundai Ioniq 5. However, we weren’t yet able to catch a peek at the modified EV.

With today’s announcement, the public gets its first look at Motional’s Hyundai Ioniq 5, alongside an update of its implementation progress.

In a press release from Motional, the autonomous driving developer shared the first public image of the Ioniq 5 robotaxi that was announced earlier this year. These new Ioniqs are SAE Level 4 autonomous vehicles capable of operating with no driver.

The Ioniq 5 also marks Motional’s first venture into commercial vehicles, being built from the ground up, alongside Hyundai Motor Group to be completely driverless. Motional president and CEO Karl Iagnemma spoke about its robotaxi:

This robotaxi represents Motional’s vision of a driverless future becoming a reality. Through our strategic partnership with Hyundai Motor Group and Aptiv, we have unparalleled automotive and software expertise across our entire vehicle development process. This deep collaboration enables us to manufacture a robotaxi that’s both highly safe and reliable, and is cost-optimized for global production. We’re focused on mass commercialization, and the Ioniq 5 robotaxi is built for that purpose.

Should any dangerous road scenarios arise, such as construction or flooding, a remote Motional operator can instantly connect to the Ioniq 5 robotaxi and redirect its path using Remote Vehicle Assistance (RVA). Woongjun Jang, head of the autonomous driving center at Hyundai Motor Group, spoke as well:

For the Ioniq 5-based robotaxi, we have applied various redundancy systems, in addition to a suite of essential technologies to ensure safety and convenience of the passengers. By successfully integrating the Group’s Ioniq 5 robotaxi with Motional’s autonomous driving technology, we are proud to announce that we have achieved another important milestone on the road to the commercialization of our robotaxi.