Genesis reveals their first EV on the E-GMP platform, the electric GV60 crossover 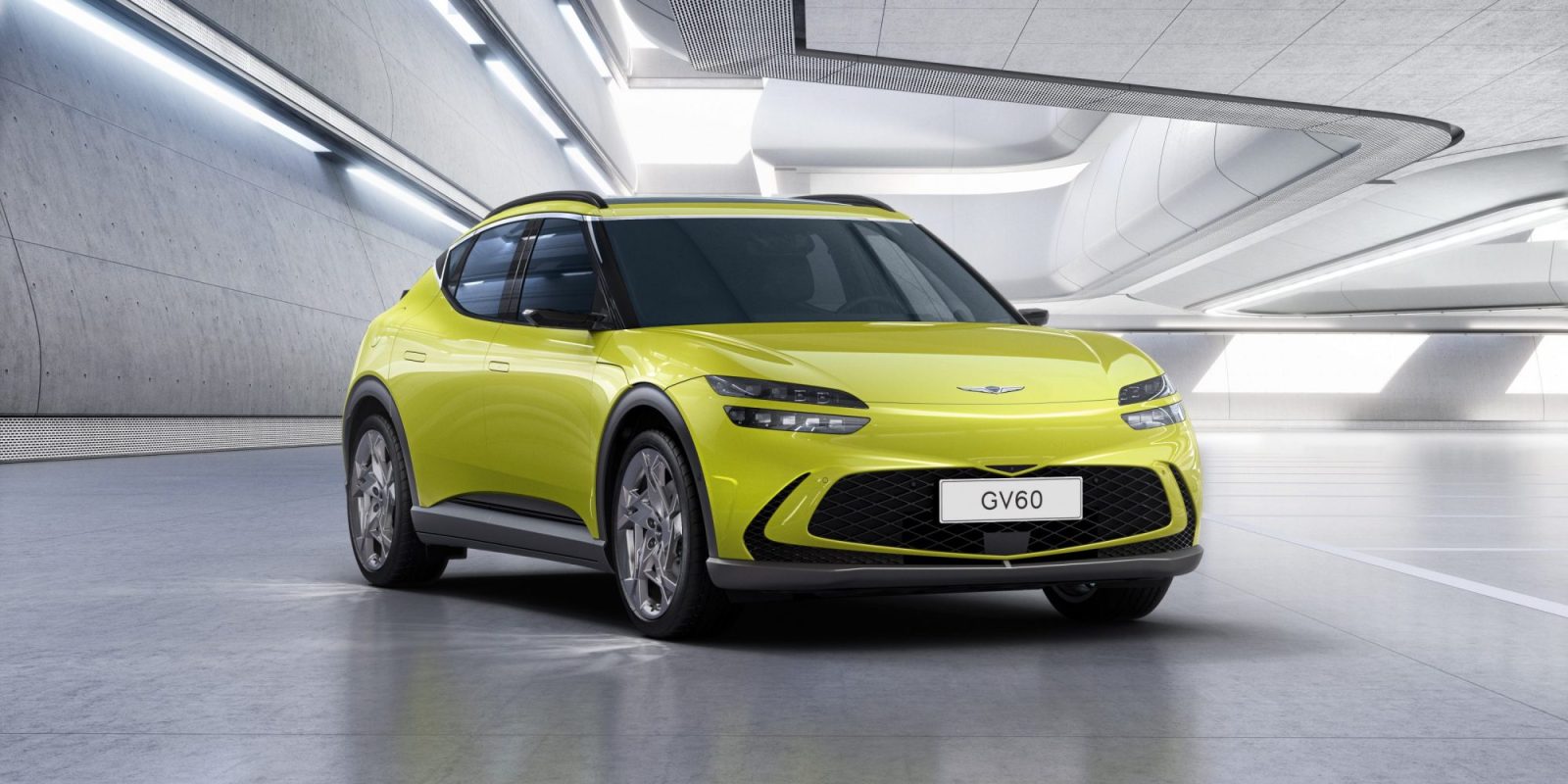 Genesis, Hyundai’s luxury division, has just unveiled interior and exterior images of their first entry into the electric vehicle market. The car takes form of a crossover SUV, designated the GV60.

Genesis’ press release mostly describes the design of the vehicle without getting into any specs. We’ll learn more about specs “in the coming months,” says Genesis.

What we can see from these photos is the inclusion of a camera-based side mirror system, which will undoubtedly be converted into normal mirrors by the time regulators have their say. The wheels look geometrically complex, with no aerodynamic wheel covers for increased efficiency.

The roof line is high and should provide good rear headroom, but slopes down pretty dramatically behind the passengers, which is usually done to increase efficiency. And the front grille is rather large – larger than most EVs – but seems to have a plastic piece behind the grille opening, making the fake grille look a little less fake.

On the interior we see plenty of knobs and buttons and a large, wide display that combines both the driver dash display and the center infotainment system. There are two screens placed near where the sideview mirrors would be, which are intended to show the display from the mirror cameras. These, again, may not make it to production, depending on regulations.

Genesis is particularly proud of their “crystal sphere” shift-knob. This is a feature they first showed in their Genesis X concept EV. It’s a “shift-by-wire” system, which acts as an electronic shift knob and may also give access to some performance options on the car. Frankly, it’s kind of hard to figure out how it works from reading the press release, and we’ll have to see it in action before we know what they’re talking about.

There’s also a significant space underneath the center console and between the seats, which should be a good place to store a handbag or something similar.

The GV60 will be based on Hyundai’s “E-GMP” platform (Electric-Global Modular Platform). This platform was co-developed alongside EV startup Canoo. We’ve already seen two other vehicles based on this platform, the Hyundai Ioniq 5 and the Kia EV6. Hyundai owns a controlling stake in Kia, so they tend to share platforms.

While Hyundai and Kia have been making EV’s for a while, Genesis hasn’t joined the game yet. They’ve shown their “Mint” city car concept, but beyond that, we’ve just heard a few years of talk.

In 2017, Genesis said they’d have an electric sedan by 2021, and we interviewed Hyundai’s design chief last year about an upcoming electric SUV for 2021.

Now we finally know what both of those vehicles will be. A few months ago, Genesis showed an electrified version of their G80 sedan. That will be Genesis’ first EV, but that vehicle is not built on a dedicated EV platform. The GV60 will be built on a dedicated platform, making it Genesis’ first ground-up EV. Although the GV60 won’t be coming in 2021 as previously anticipated, Genesis says North American deliveries will start in 2022.

We’re looking forward to learning more about the GV60 “in the coming months.” The Ioniq 5 and EV6 are both exciting vehicles from what we’ve seen, so a more luxurious version of them should be a great addition to the lineup.

Check out Genesis’ full press release if you want to read all their design mumbo-jumbo, and let us know in the comments what you think about the images above.