It’s a significant achievement that further proves that electric vehicles are just as capable or in some cases even better than gas-guzzling vehicles.

Acciona is a Spanish conglomerate that focuses on developing renewable energy and infrastructure projects. They spent five years developing a battery-powered vehicle (100% EcoPowered) especially to compete in the Dakar Rally and to prove that nothing can stop the electrification of transport.

After failing to complete the race during their last two attempts, the team managed to drive the 5,600 mile (nearly 9000 km) track that stretched across Argentina, Bolivia, and Paraguay, and became the first of “18,000 vehicles in the history of the Dakar Rally to complete the event without consuming a drop of fuel or emitting a single molecule of CO2.”

Ariel Jatón, pilot of the ACCIONA 100% Ecopowered, said after completing the race yesterday:

“The odyssey is over. This year’s Dakar was very tough, with some very intense stages complicated by the weather, and the altitude in Bolivia. It was the most gruelling race in South America, so we are thrilled to have reached the finish line, particularly in an electric car.”

It was a particularly difficult year indeed since the Río Grande burst its banks and they had to reroute the race. 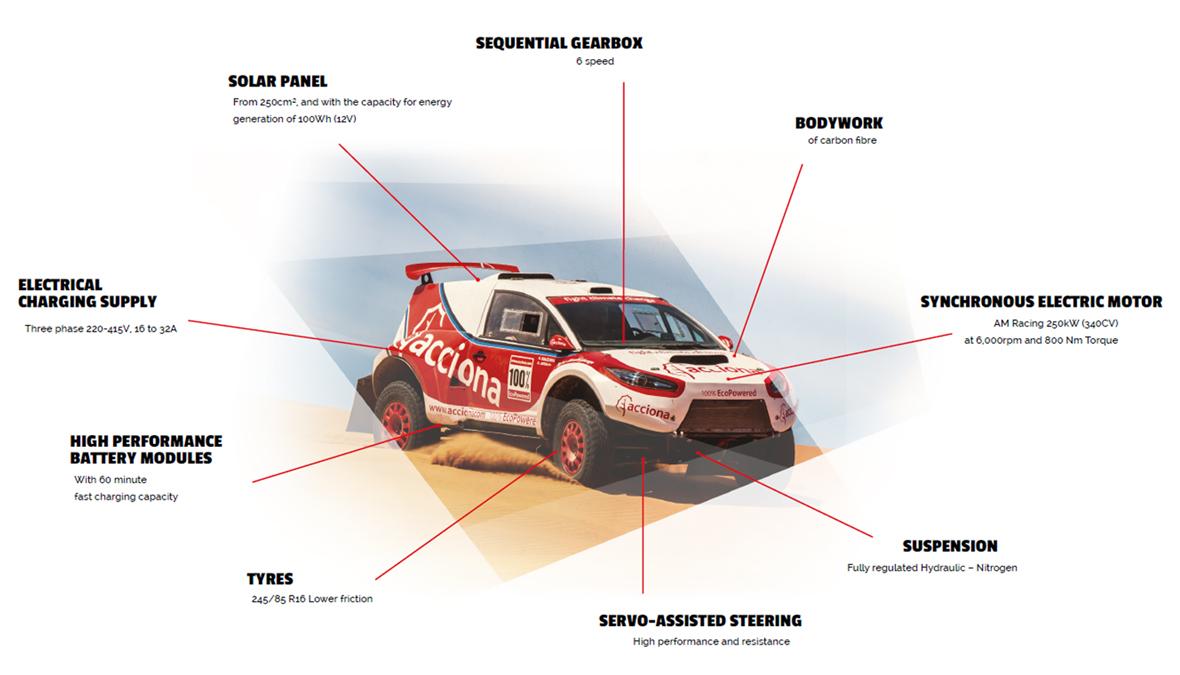 The vehicle is equipped with 250 kW synchronous electric motor, equivalent to 340 horsepower and a modular battery pack made of six lithium battery modules for a total of 150 kWh energy capacity when using all modules. Acciona previously claimed to be using “Tesla batteries” in their packs.

They can plug each module independently to charge faster and they also have a small 100-watt solar panel on the back of the roof:

The all-electric platform managed to handle some tough conditions during the race:

They released a video to celebrate their achievement: