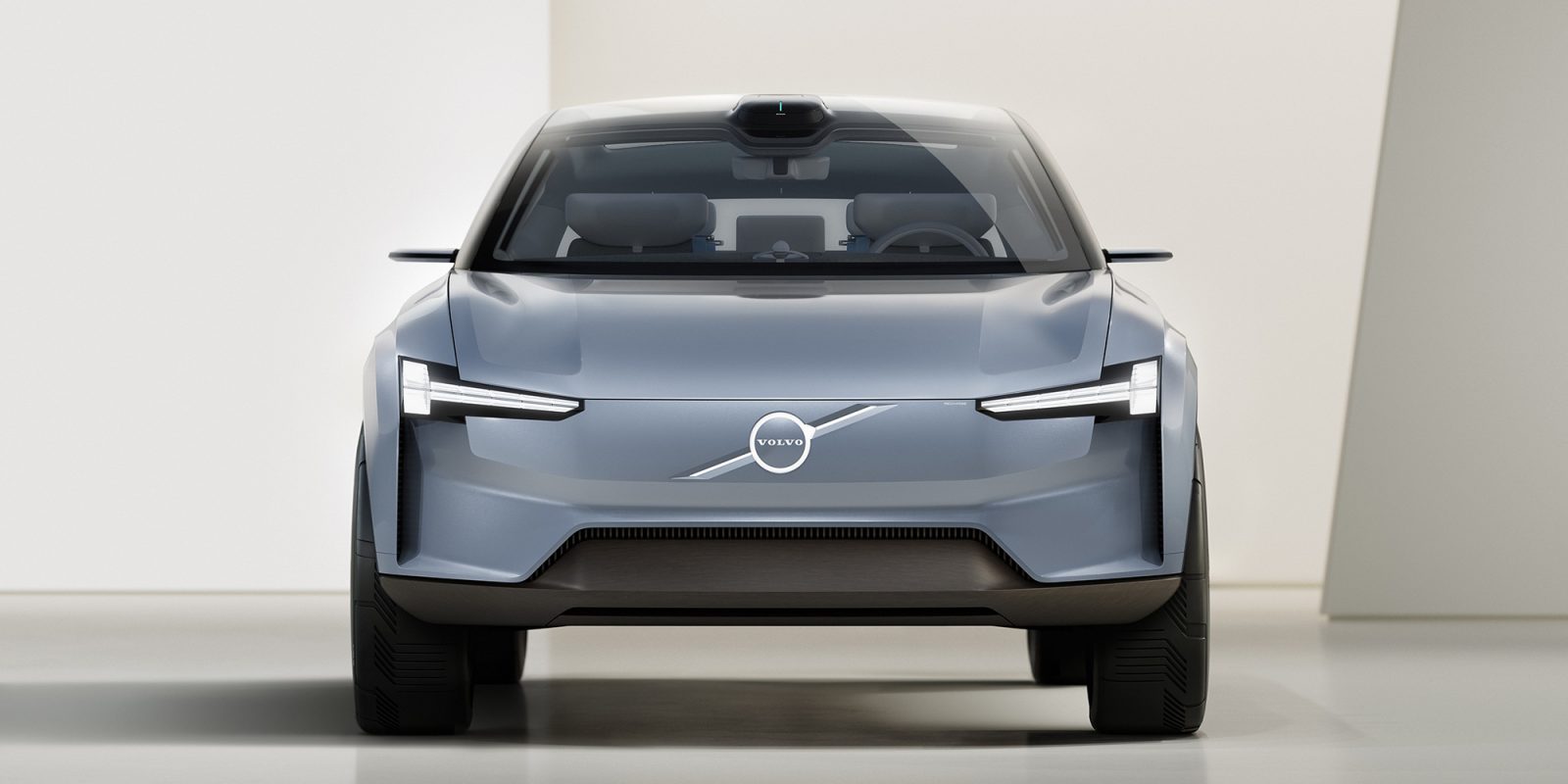 To represent its paradigm shift in design and commitment to selling 100% electric vehicles by 2030, Volvo has shared its Concept Recharge as what the automaker is calling “a manifesto” for its next generation of EVs. The Volvo Concept Recharge introduces new design language and technologies that will be present on production EVs from the Swedish automaker moving forward.

Today’s announcement is one of several recent moves from the Swedish automaker that exemplify its continued efforts toward lowering carbon emissions and embracing all-electric transportation.

Volvo’s current and upcoming EVs represent the automaker’s goal to electrify half its vehicles by 2025, and sell 100% BEVs by 2030. To aid in this process, Volvo has already achieved its first climate-neutral car plant in Sweden.

This past March, Volvo gave the world a glimpse of the C40 Recharge Pure Electric — a smaller crossover version of the XC40 Pure Electric CUV. Not to be outdone, Volvo has also revealed plans for an all-electric XC90 as well, debuting sometime later next year, complete with Lidar coming standard.

By putting the Volvo Concept Recharge on display next, consumers have an even better idea of where the automaker will be taking its EV design strategy and visualize some features we may soon see on upcoming Volvos like the electric XC90.

The Volvo Concept Recharge veers away from ICE designs

In a press release from Volvo Cars USA, the automaker shared its Concept Recharge as an encapsulation of the company’s next generation of EVs, purpose-built for electrification without accommodations for internal combustion engines.

Volvo’s first generation of electric vehicles shared a floor with ICE versions and thus the proportions suffered. The next generation of EVs showcased in the Volvo Concept Recharge will feature flat floors, longer wheelbases, and shorter overhangs on either end.

This gives Volvo’s design team more freedom to add interior space and storage for future passengers. This has also allowed Volvo to lower the hood and optimize the roof to become more aerodynamic, while maintaining the drivers high point of view of the road.

This is a Compact SUV (CUV) design technique we are seeing more and more in upcoming EVs that adds interior space while helping increase range and efficiency.

As you can see in the video below, Volvo’s traditional grill has been modernized and redesigned to showcase its “Thor’s Hammer” headlight design.

Inside the Concept Recharge, we create a truly Scandinavian living room feeling. The interior integrates our latest user experience technology with beautiful, sustainable and natural materials. Each part of the interior is like a piece of art and could stand alone as individual furniture in a room. We use the latest technologies but not for their own sake. We always focus on the benefits that technologies can bring.

While the Volvo Concept Recharge is, as its name says, a concept vehicle, it offers a detailed glimpse into what drivers can soon expect from Volvo as soon as next year with its electrified XC90 SUV. Page continues:

With the Concept Recharge we continue the rich roots of Volvo’s design DNA in a modern and fresh way as we move into our all-electric future. It represents everything we believe customers expect from a pure electric Volvo and we’re excited to take this philosophy into our next generation of cars.

The future of Scandinavian EV design looks pretty sleek. Volvo is once again showcasing how seriously it is taking its transition to all-electric, and is using the Concept Recharge as a potential tool to garner excitement and perhaps guage interest.

It’s interesting that this concept EV would be revealed now, as the automaker has already teased an electrified version of the XC90 SUV coming in 2022 that’ll (probably) be unveiled in the next six to eight months. Especially since a lot of the technology like Lidar is planned to be present in the upcoming SUV.

The Volvo Concept Recharge serves as a welcome appetizer to the XC90 Recharge Pure Electric (that name is speculation at this point), and is a fun representation of the sort of design pivots and innovations Volvo is flirting with as it looks ahead toward an all-electric future.

For now, the sleek design features and bells and whistles will do for a concept EV. But let’s be honest, you’re all more interested in hearing about the specs of the upcoming production Volvos, right? With concepts, we don’t get the satisfaction of debating about range, battery size, torque, or price. I suppose we will have to wait for the XC90 unveiling.