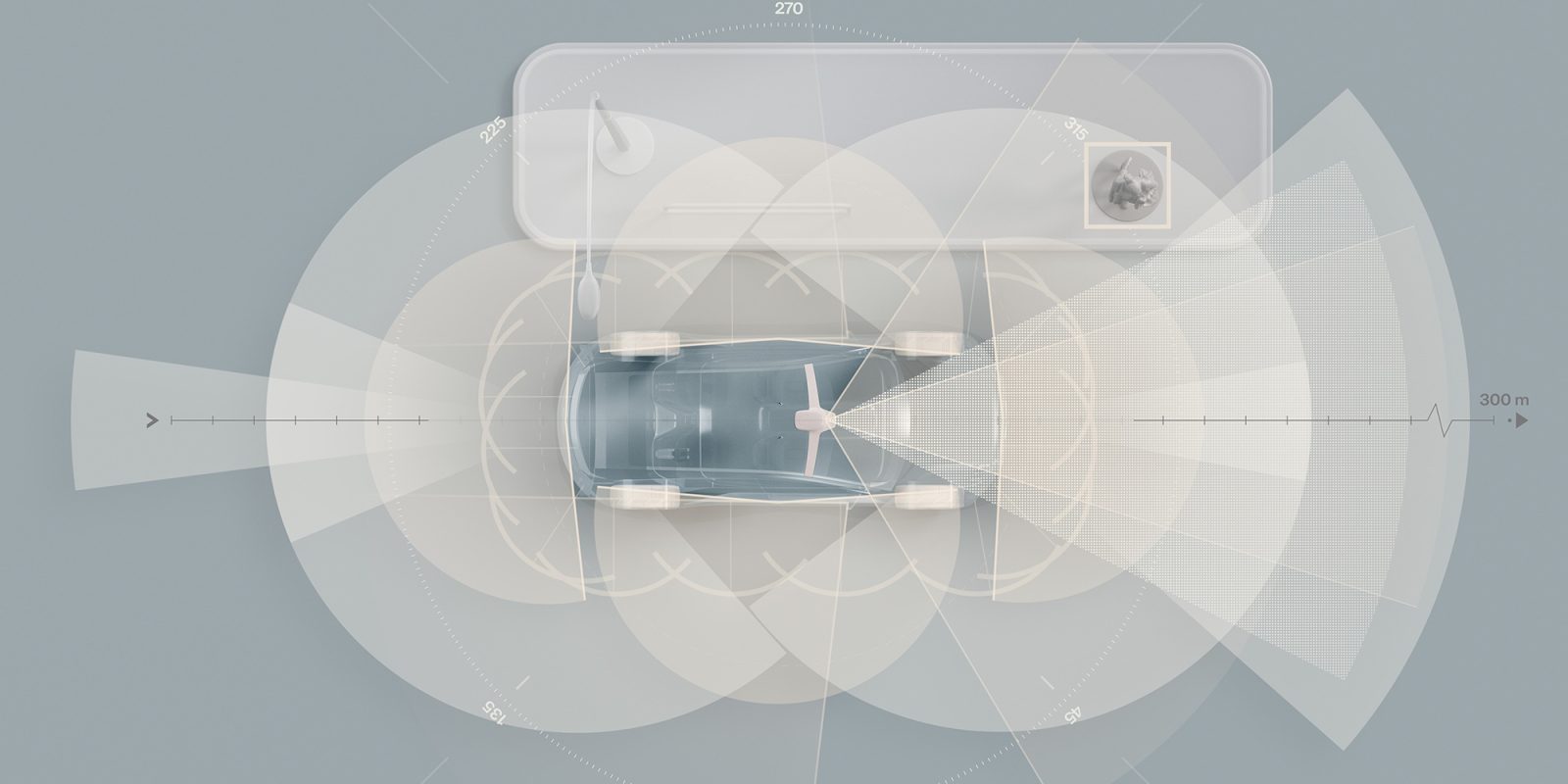 Volvo has announced that its forthcoming XC90 electric SUV will reach consumers in 2022 with Lidar as a standard safety feature for all models. With the state-of-the-art Lidar sensors developed by Luminar, Volvo hopes to set a new standard in automobile safety. Volvo also plans to include other safety features to avoid future collisions, as well as pave the way for potential autonomous driving capabilities.

This past March, Volvo gave the world a glimpse of the C40 Recharge Pure Electric — a smaller, crossover version of the XC40 Pure Electric CUV. The Swedish automaker plans to sell these EVs via online ordering only and ship to customers in early 2022.

Not to be outdone, Volvo has also revealed plans for an all-electric XC90 as well, debuting sometime later next year. At this point, we assume it will be called to XC90 Recharge Pure Electric, following suit the electrified versions of the C40 and XC40, although that has not been confirmed yet.

These new Volvos represent the automaker’s recently proclaimed goal to electrify half its vehicles by 2025 and sell 100% BEVs by 2030. To aid in this process, Volvo has already achieved its first climate-neutral car plant in Sweden.

With the company’s most recent announcement involving Lidar, Volvo appears to be taking automobile safety just as seriously as its carbon emissions.

In a press release from Volvo USA, the fully-electric XC90 will hit roads in 2022 with Lidar technology developed by Luminar, as well as an autonomous driving computer powered by the NVIDIA DRIVE Orin system-on-a-chip. The best part is that all features will come standard for all drivers.

Volvo Cars is and always has been a leader in safety. It will now define the next level of car safety. By having this hardware as standard, we can continuously improve safety features over the air and introduce advanced autonomous drive systems, reinforcing our leadership in safety.

Once the Lidar and other safety technologies in the new XC90 are introduced, Volvo anticipates them to mature over time using AI to further assist drivers in potentially dangerous situations.

In our ambition to deliver ever safer cars, our long-term aim is to achieve zero collisions and avoid crashes altogether. As we improve our safety technology continuously through updates over the air, we expect collisions to become increasingly rare and hope to save more lives.

In addition to the aforementioned sensor suite and AI computing performance, Volvo’s upcoming electric XC90 will come equipped with backup systems for key functions like steering and braking. This allows for the EV’s hardware to be ready for safe, unsupervised autonomous driving (if and) when that becomes available.

Volvo has stated that it plans to reveal more details regarding future technologies, in addition to the XC90, at the Volvo Cars Tech Moment on June 30. Check back with our Volvo guide for the latest news following this event.