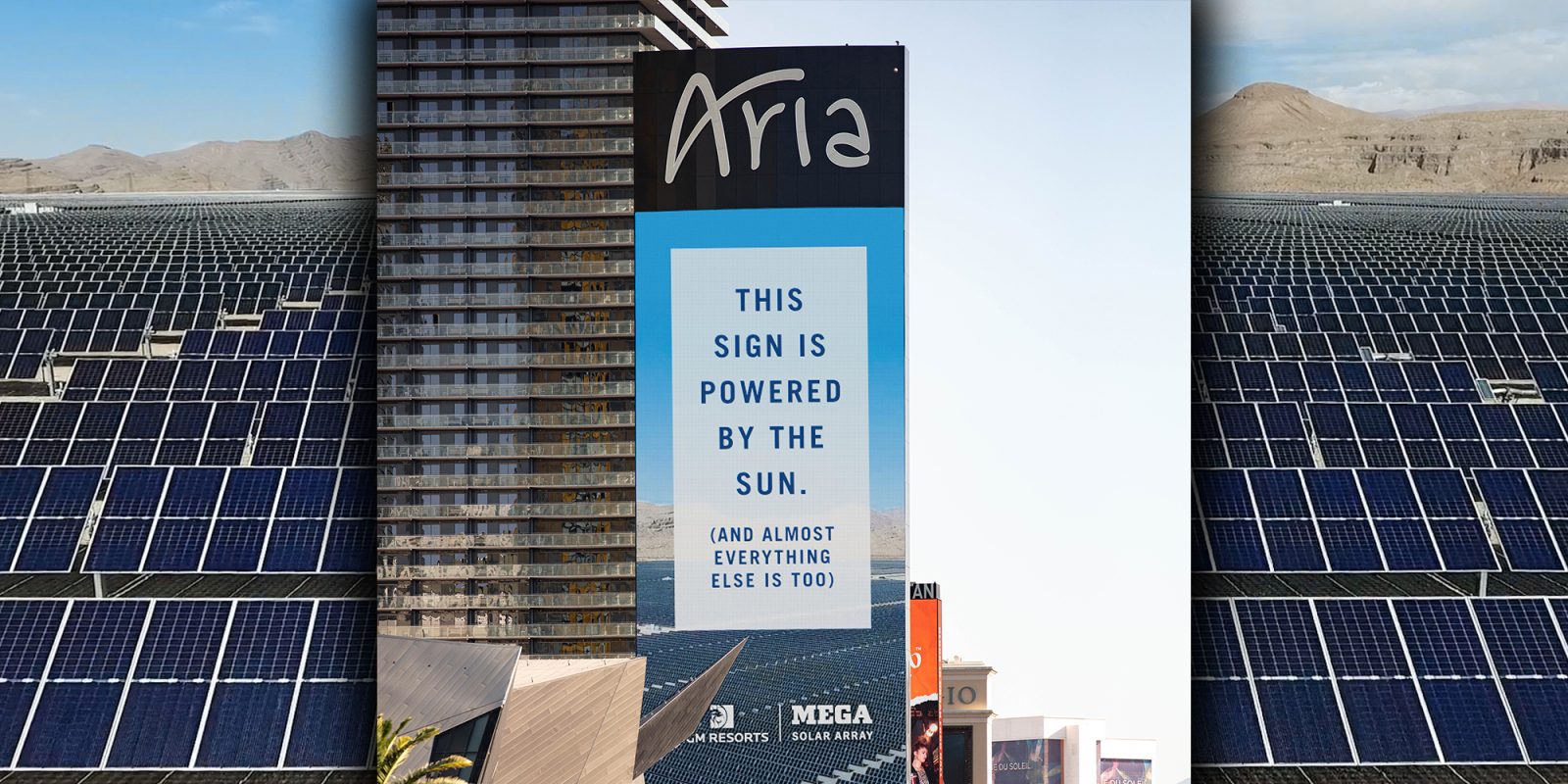 Sin City is going solar, thanks to MGM Resorts International ($MGM), who just launched a new 100-megawatt (MW) solar array capable of offering up to 90% of daytime power to the company’s 13 resorts scattered across the Las Vegas Strip. This includes hotels like Aria, MGM Grand, and The Mirage. The solar array will support the hospitality company’s climate-conscious goals set for 2030.

MGM Resorts International is a Fortune 500 company with 31 different resorts around the globe, although its largest hub of hotels remains in Las Vegas where the company was founded in the mid-’80s. For perspective, MGM’s 13 resorts in Las Vegas alone offer over 36,000 rooms and occupy 65 million square feet.

Add all the flashing lights, equipment, and air conditioning in a desert environment celebrated for its 24/7 lifestyle, and that’s a lot of energy. MGM has recognized its tremendous carbon footprint in recent years, and has shifted toward energy solutions like installing energy-efficient lighting, heating, and air in all its hotels and ensuring any resort built after 2009 receives green building certification.

MGM has also already utilized solar panels to help make destinations like Las Vegas more environmentally sustainable, too. In 2015, the company developed an 8.3 megawatt array on the convention center roof of its Mandalay Bay resort.

The recent announcement of the Las Vegas solar array is the next step for MGM Resorts International.

MGM officially brings solar to (its own) Las Vegas

In an official press release from MGM Resorts, the company has now launched a 100-megawatt solar array in the desert north of Las Vegas on 640 acres, featuring 323,000 individual panels.

According to MGM, this array is now the hospitality industry’s largest directly sourced renewable electricity project in the world. In true Las Vegas competitiveness, MGM Resorts is the sole entity with access to all the renewable energy generated by the new solar array. How do you like that, Caesar’s?

With MGM Resorts’ significant scale and resources, we’re positioned to make a meaningful difference in the fight against climate change, and we recognize our responsibility to build a more environmentally sustainable future. Today we’re marking a significant step forward in our environmental sustainability initiatives in Las Vegas and our long-term vision to protect the planet and achieve an enduring, positive impact in our communities worldwide.

The integration of this Las Vegas-sized solar array should help MGM work toward some of its aforementioned climate goals, including reducing the company’s emissions per square foot by 45%. In addition to the solar array announcement, MGM has also revealed two even more ambitious goals for its energy usage moving forward:

Big goals from a company that is constantly trying to go bigger than its competition. Looking ahead, MGM Resorts looks to shine brighter and greener than the rest of Las Vegas with the help of its second, massive solar array.