Florida Power & Light blows up its last coal plant, will replace with solar 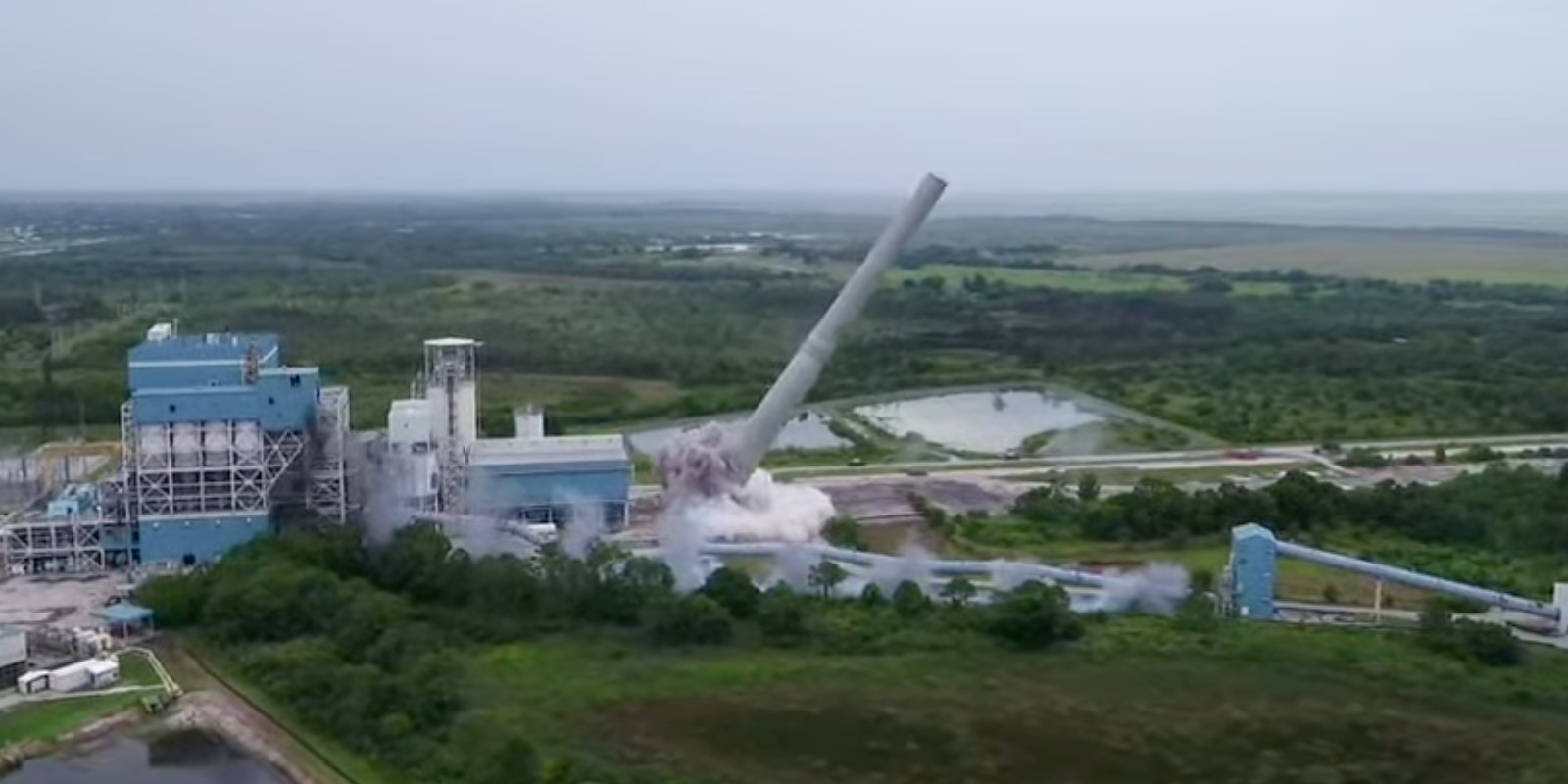 Florida Power & Light (FPL) yesterday demolished its last coal-fired plant, the Indiantown Cogeneration Plant in Martin County, east of the Everglades. And right before the plant imploded, FPL CEO Eric Silagy announced that the utility will build a solar center near the site.

Florida Power & Light’s Indiantown coal plant formally closed on January 1, 2021, and it was demolished yesterday, which resulted in the 495-foot chimney toppling and an 800-foot coal chute collapsing.

Just before the coal plant exploded, Silagy announced to a small gathering of attendees that FPL will construct a 75-megawatt solar farm with 300,000 panels on 500 acres nearby.

We have built more than 40 solar energy centers throughout the  state and we are well on our way to installing more than 30 million solar panels by 2030.  And we are not stopping there. With the construction of the world’s largest solar-powered battery facility and an innovative green hydrogen pilot project, we are leading the state and nation in producing energy that is reliable, affordable, and better for our environment.

Here’s FPL’s video of the live demolition of the coal plant below. Silagy, who talks the talk of a clean energy advocate, speaks at 23 minutes in the video, announces the new solar farm at 37 minutes, and the demolition follows at 40 minutes.

Later in 2021, FPL intends to launch the “world’s largest solar-powered battery storage facility,” which is currently under construction in Manatee County, on the west coast near Sarasota. By 2030, FPL says it will add an additional 700 MW of battery storage.

FPL forecasts that nearly 40% of the company’s power will be net zero by 2030. (Editor’s note: That’s not an ambitious enough target. It’s still too reliant on natural gas, a polluting fossil fuel, which FPL falsely categorizes as a “clean” fuel source on its website.)

But FPL isn’t gung-ho about all solar. In September 2020, Electrek reported that Florida utilities, including FPL, tried (and failed) to roll back net metering for rooftop solar through a front called “Energy Fairness.”

That’s why FPL and other Florida utilities are so keen to produce their own solar power – so they can make money off production, distribution, and transmission.

Read more: How US utilities are trying to block rooftop solar adoption