Review: $1,199 Torque 1 electric bike just may be the most affordable torque-sensor e-bike out there 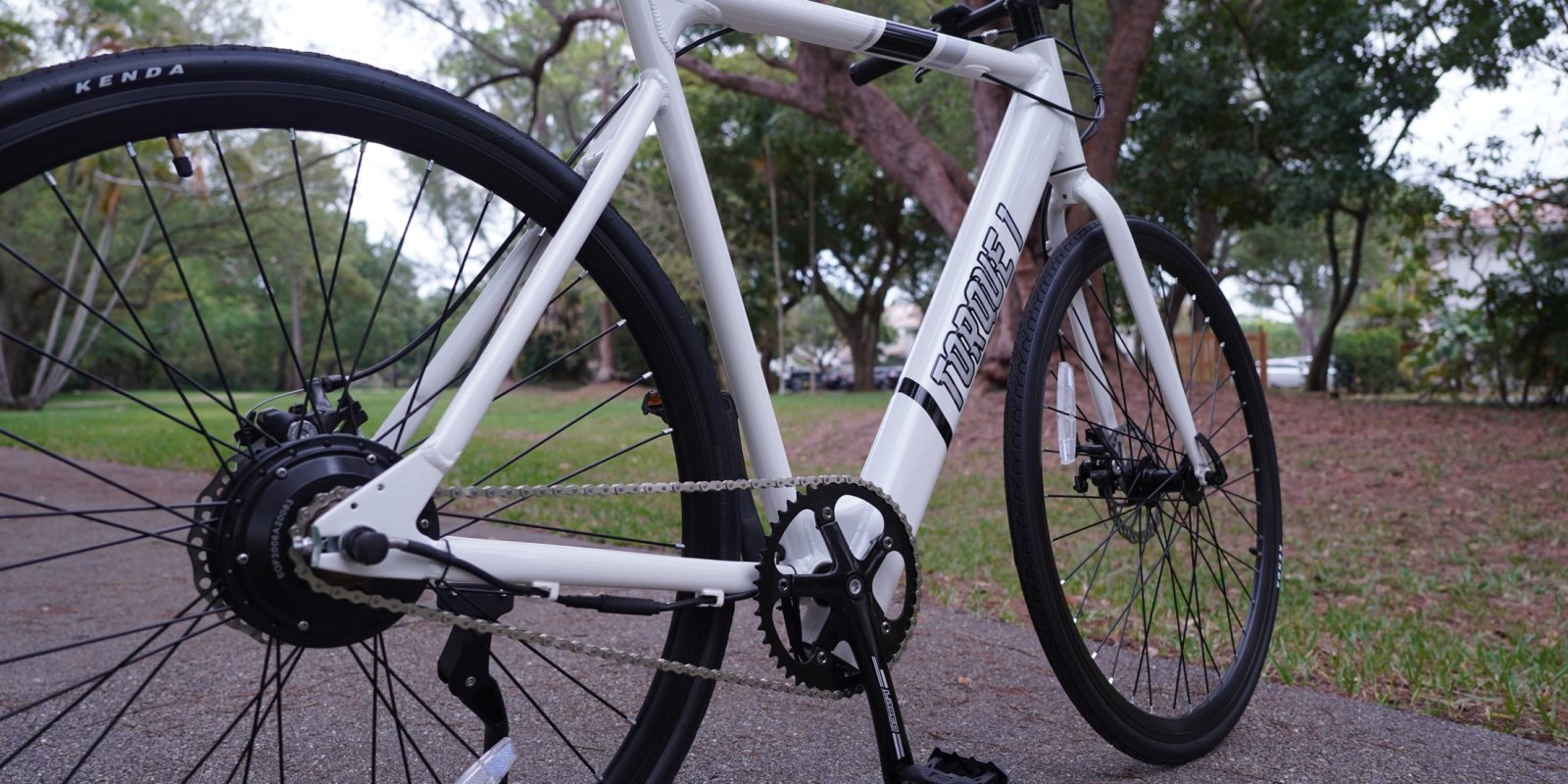 The Torque 1 electric bike from Florida-based RideScoozy is a commuter style e-bike that combines two features rarely seen together: a torque sensor and an affordable price tag.

As we’ve discussed in the past, torque sensors are a more elegant way to engage the pedal assist on electric bicycles.

Instead of just starting up power when the bike sees that the pedals are moving, which is how simplistic cadence sensors work, a torque sensor allows the bike to calculate the necessary power based on how hard the rider is pedaling.

It’s a more comfortable and more effective way to apply pedal assist on an e-bike, but it’s usually found on much more expensive models.

The Torque 1 is targeted at more entry-level riders with a price tag of just $1,199, making it a steal for a torque-sensing e-bike.

Watch the e-bike in action with my video review below!

A single-speed commuter e-bike at its core

So obviously the main feature here is the torque sensor and we’ll get to that, don’t worry.

But first I want to take a step back and look at the Torque 1 in its entirety.

At the bike’s core, it’s a single-speed commuter e-bike. The 20 mph (32 km/h) speed makes it a Class 1 e-bike that is perfect for city riders. The narrow tires, diamond frame, and fairly narrow bars give the bike a classic city bike feel.

Where it parts ways with anything classically city e-bike is in the battery. The 378 Wh pack is actually decently large for a non-throttle bike, offering 25-50 miles (40-80 km) of range, depending on your ride style and pedal assist level. What really makes it stand out though is that it doesn’t stand out – at least not as an e-bike. The battery is totally hidden in the downtube and thus you almost can’t tell that the Torque 1 is an electric bike.

The downtube is admittedly a little chunkier than a typical pedal bike, but it doesn’t make the battery obvious. And the hidden battery comes with a few advantages, including more streamlined design, lower chance of battery theft, and no keys to eventually misplace.

On the other hand, the downside is that you can’t easily remove the battery for charging inside when you lock your bike outside. The battery can be removed for servicing or replacing in the future, but it takes a few tools and isn’t an everyday operation.

The rest of the drivetrain is made up of a 350w rear motor and a single-speed pedal setup. The pedals are even full metal, which is a nice inclusion that we often don’t see at this price point.

You even get a kickstand with the bike – which isn’t a given anymore on some low-cost commuter e-bikes.

With a wide open triangle thanks to that hidden battery, the Torque 1 is easily thrown over the shoulder to walk up a flight stairs.

As far as convenience goes, it’s hard to beat a simple but effective e-bike like this.

The ride experience is great thanks to that included torque sensor – or at least as great as it can be on a non-suspension city e-bike.

You’ve got to be a bit used to these rigid frames and narrow tires to enjoy this style of ride, but it works great for what it is: a lightweight metro e-bike.

And the responsiveness of a torque sensor makes the pedal assist experience feel even better than the competition. A single-speed e-bike can sometimes feel sluggish off the line, but a torque sensor helps the bike apply more immediate power when the rider starts pedaling.

I was also surprised that just three levels of pedal assist intensity turned out to be enough for me. I normally prefer more gradation, but the three levels actually feel nicely programmed. Level 1 is more of a fitness level with light assist, Level 2 gives you moderate assist that still requires decent pedal effort, and Level 3 makes your job quite easy.

If you live in a super hilly city then this still might not be the bike for you. Downshifting for hill climbing is a no-go here, of course.

But for anyone who lives in a relatively flat or only slightly hilly area, the Torque 1 e-bike excels in the commuter role – until the sun goes down or the skies open up. You’ll want to invest in a good pair of lights and some decent fenders if you live anywhere with rain or nights.

I’ve said it before and I’ll say it again: I really think all commuter-style e-bikes should come with basic LED lights that run off the main pack since this is essentially a safety feature. Serious commuters will likely want to add more powerful lights anyways, but a basic LED lighting system seems like a prerequisite to safe road riding.

So outside the lack of accessories and somewhat minimalist standard equipment, you get great bang for your buck here. A smooth pedaling e-bike with enough range for any city commute and a lightweight design is a great edition to the e-bike marketplace, and the Torque 1 fills that role beautifully. At just $1,199, this feels like a bargain for a simple yet well-designed electric bike.