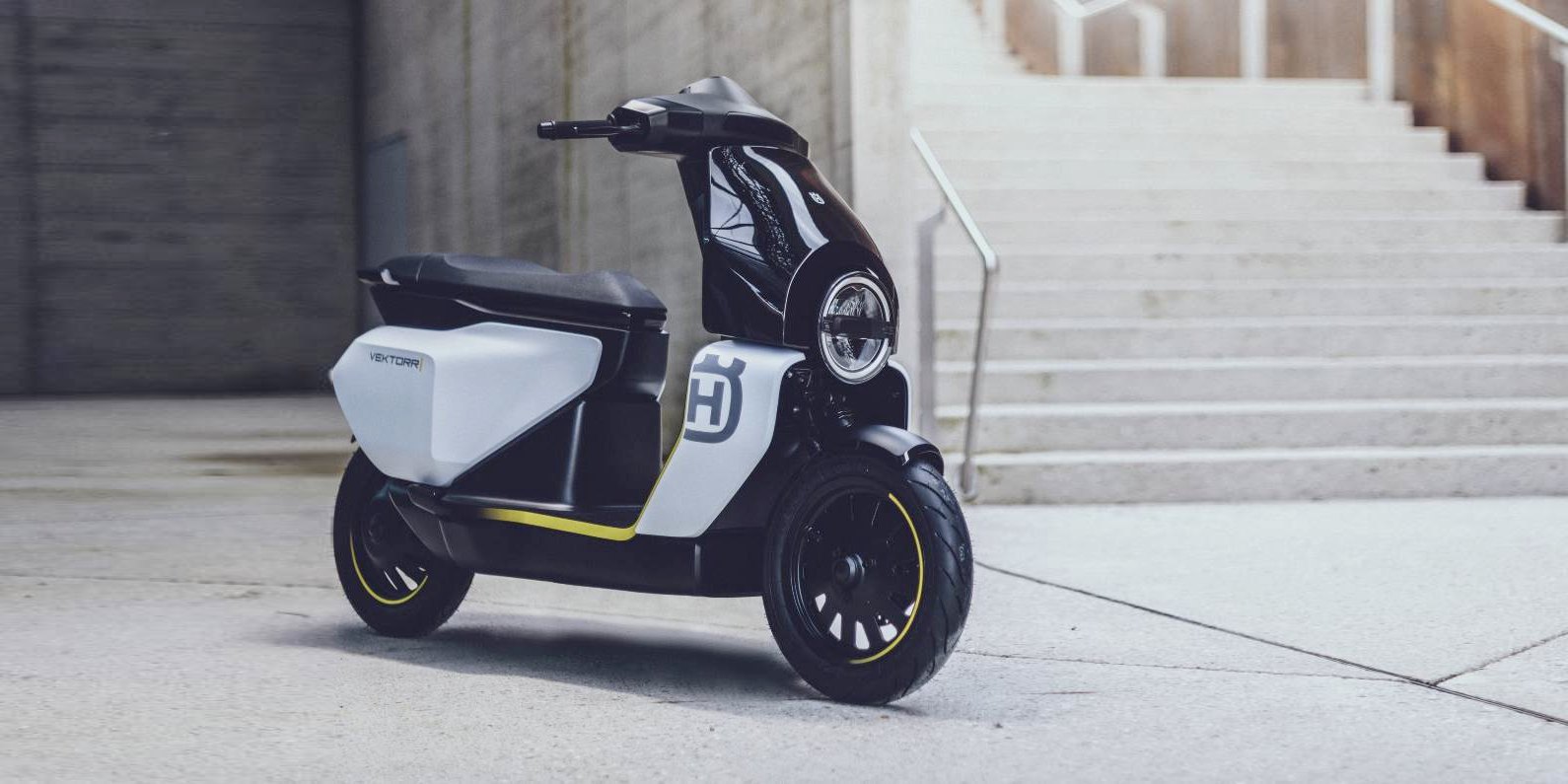 Husqvarna has a new electric two-wheeler in the works, which was just unveiled as the Husqvarna Vektorr electric scooter concept.

The announcement comes shortly after more big news from the Swedish-founded company that is now owned by Austrian motorcycle maker KTM.

Late last month we covered the announcement of the new Husqvarna E-Pilen electric motorcycle concept unveiled by the company.

The Vektorr electric scooter concept follows a similar design scheme that retains much of the company’s signature look, but takes it in an even more modern direction.

Check out the images below to see how Husqvarna adapted a classic form factor into an ultra-modern electric scooter concept.

The top speed of 45 km/h (28 mph) keeps it legal as a moped-class vehicle in much of the world, meaning most riders won’t need any special motorcycle license to use it.

There’s no word on power yet, but it is unlikely that the concept is hiding anything larger than a 2-3 kW motor. That’s the typical power level found in other electric scooters with similar performance levels.

We don’t have any other tech specs at this point, so we’ll have to tide over our curiosities with what we can glean from the concept images.

Other than the name (apparently the chances of a trademark lawsuit decrease with every added consonant), the Vektorr electric scooter seems well positioned for a younger and more urban audience. Studies have indicated that over half of young riders are considering switching to electric, and Husqvarna’s recent concepts have shown that the company is positioning itself to welcome those riders with interesting and modern designs.

While the E-Pilen electric motorcycle is likely to offer more of a thrill, Husky’s scooter concept here will certainly fill a more utility-focused role. But the company still managed to avoid the typical Vespa-ish design common with this performance level of scooter.

In fact, the Vektorr was apparently developed alongside Indian company Bajaj, which produces its own Vespa-styled electric scooter known as the Bajaj Chetak.

In addition to the Vektorr concept, Husqvarna also showed off a new standing electric scooter concept.

It’s a move that more companies have embraced in an attempt to widen their market share across multiple forms of alternative urban transportation.

Ducati has also expanded into electric scooter partnerships, though other companies haven’t fared as well.

Electric skateboard manufacturer Boosted filed for bankruptcy and shuttered operations not long after developing its own standing electric scooter in a bid to expand its market reach.

There’s no word yet on how likely (or how soon) the Vektorr will hit the streets, but we’ll keep you updated with any news on the concept’s impending release.

Until then, let’s hear what you think of the Husqvarna Vektorr electric scooter concept in the comments section below.